High temperatures are forecast throughout the country again today after a Wellington suburb yesterday experienced its hottest day on record. 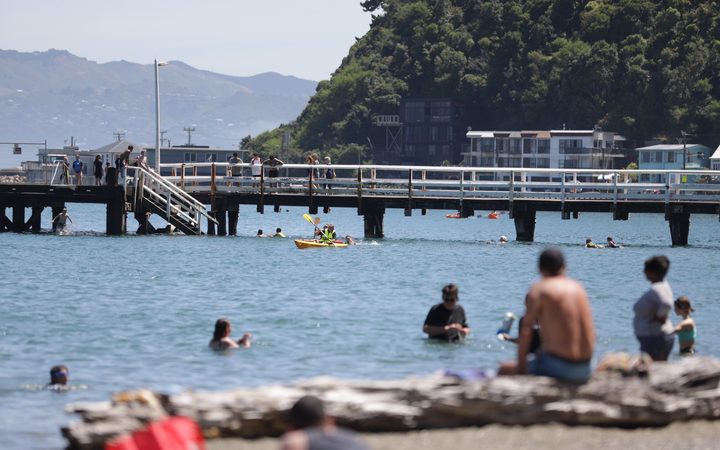 People in Wellington take to the water to cool down. Photo: RNZ/Rebekah Parsons-King

The Wellington suburb of Kelburn, where MetService's office is based, broke temperature records yesterday when it reached 30.3C.

Check out our rolling updates below as the day heats up

Meanwhile, the hottest place in the country were Kawerau at 34.3C, followed by Taumarunui at 33.6 and Galatea at 33.4C.

MetService forecaster Tui McInnes said there were also a huge number of towns that surpassed 30C.

The heat is expected to continue, with Blenheim and expecting 33C, Te Kūiti, Taumarunui and Masterton on 32C Christchurch 31C and Hamilton 30C.

It has also led to scrub fires in Northland with a total fire ban now in place and widespread [ disruptions to Wellington rail services yesterday afternoon.

Doctors have continued to warn that the heat is to be taken seriously, with Medical Officer of Health Alistair Humphrey saying it can kill if not managed properly, and on a slightly lighter note ice cream vendors have also been under pressure.

More about the hot weather: