The Unite Union says the Israeli military has detained its leader Mike Treen. 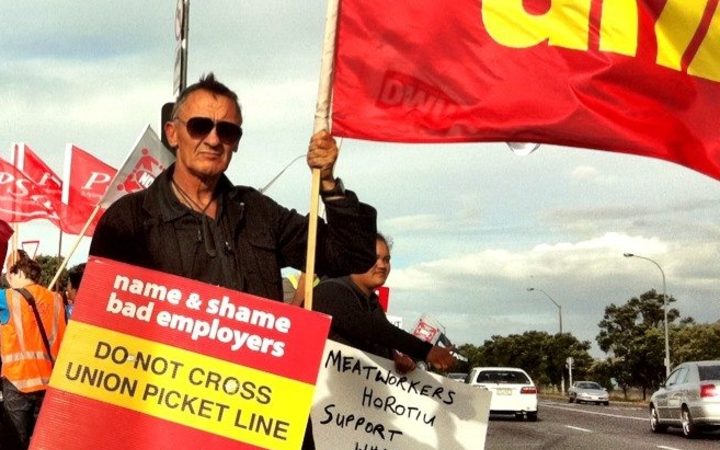 He was on board a fishing boat which was part of a boat flotilla stopped by Israeli forces as they were nearing Gaza where they planned to deliver medical supplies.

Unite's national secretary Gerard Hehir said the boats were in international waters when they were detained and taken to the southern Israeli port of Ashod.

Unite is calling on the government to demand the Israeli authorities release Mr Treen and the other international campaigners.

The flotilla, carrying 40 people from 15 countries, wants to break an 11-year-old Israeli blockade on the coastal enclave.

The Green Party wants the government to demand a safe passage for the flotilla which has been intercepted by Israeli forces on its way to Gaza.

Green Party co-leader Marama Davidson was detained in 2016 when part of a similar flotilla was intercepted by the Israeli Defence Forces.

Mike Treen's blog claims that he has been "kidnapped by Israeli Navy".

FreedomFlotilla boat hijacked by Israeli forces. PLEASE contact gov'ts to demand they call for #SafePassage for all on board #AlAwda (The Return) & speedy delivery of our #solidarity gifts to the #Palestinians of #Gaza: https://t.co/oKWb89g1Jl#SOSjustfuture4Palestine pls RT pic.twitter.com/hVjKYe0v4K

Unite national secretary Gerard Hehir said Mr Treen was on a "peaceful mission" to deliver medicine and was "attached and detained" by Israeli forces.

"This is not about security, it is about Israel treating Gaza as the world's biggest prison, killing, maiming and kidnapping anyone who even approaches the walls, wires and blockades they have built around Gaza territory [that] the rest of the world has clearly said is illegally occupied by Israel."

Mr Hehir said the union was "very proud" of Mr Treen, who was expected back in New Zealand next week.

Ms Davidson said past flotilla interceptions had ended in deaths.

"While in October 2010 10 peace flotilla activists were killed when their vessel was boarded by Israeli commandos, there haven't been any killings I understand since then, although there have been further flotillas.

"We were very clear on my flotilla that we were a peace flotilla, and that we were not going to resist any detention, but that we were going to request safe passage to break the illegal blockade that is preventing the Palestinian people of Gaza living full lives."

Marama Davidson said the international community should be demanding an end to the illegal blockade, and asking Israel to stop impeding the flotilla's passage to Gaza to deliver medical supplies.