Goodbye jandals and hello winter boots - a cold snap and possible dustings of snow is set to rudely remind us winter is coming. 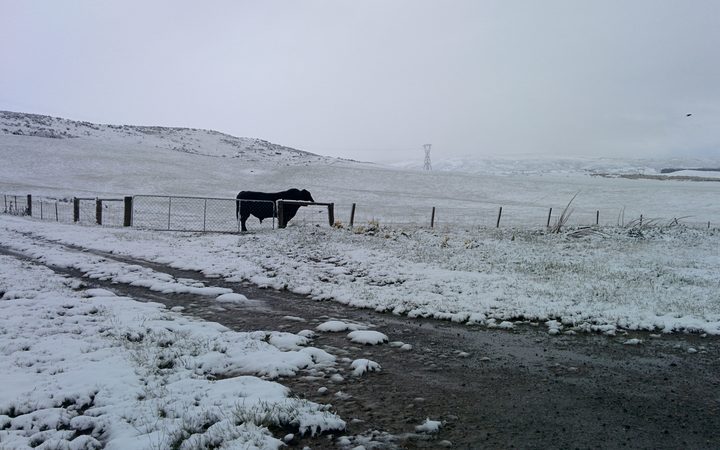 MetService have forecast a cold front which will make its way across the lower South Island today and make its way up the rest of the country tomorrow.

It will then get even colder the start of the next week, making it even tougher than usual to get out of bed on a Monday morning.

"On Tuesday they're struggling to get into double figures, they've just got high temperatures of 10 degrees and low temperatures are very low, one degree, two degrees in many places down there," she said.

There may even be some snow possible for higher parts of the country, she said.

She advised farmers to keep up to date on snow warnings.

Federated Farmers Otago President Phill Hunt said he can't imagine snow or the cold will make much of an impact.

"Farms are pretty well set up here to handle the beginning of winter, might be a chance to check on firewood etc., but won't have too much of an impact on stock," he said.

He wasn't convinced it would be enough to get farmers out of shorts just yet.

"Some farmers down here wear shorts all times of the year, not quite sure how they get away with it, I certainly don't."

"We've got quite a few groups up here using the base building and the lift and obviously winds and snow can either make the day, because they love playing in the snow, or ruin the day because it blows everything to pieces," he said.

"Mainly this year its an improvement in snow making capacity and a lot earthworks around the learners area, so both of those tend to get affected or at least slowed down," he said.

However, the team likes to have a least one decent snow fall a month to get everyone excited for the ski season, he said.

There could still be a few more beach days on the cards though before the full transition is made to winter jumpers, with temperatures still set to fluctuate throughout April - a wetsuit might be a good idea though.