A stand off between those for and against abortion has led to a call to ban Voice for Life from protesting outside Thames Hospital in Coromandel. 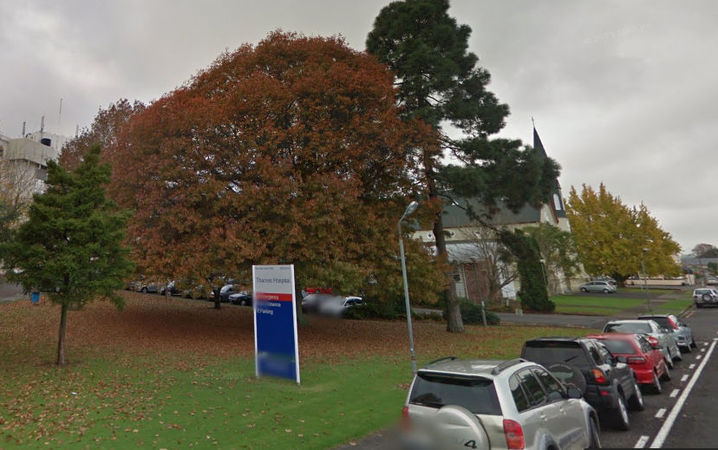 For several years, the anti-abortion group has set up outside Thames Hospital on Friday mornings - the day when the hospital performs abortions.

But in August this year, they were joined by a counter protest by Stop Abortion Harassment Thames.

Abortion Rights Aotearoa national president Terry Bellamak was at a meeting where it was decided to protest against Voice for Life.

She went to the first protest on the same corner as the anti-abortion group in early August.

Ms Bellamak told Wallace Chapman on Sunday Morning that the people of Thames were not really interested in the "harassing of abortion patients", and her group was very well received by the public.

The Thames Coromandel District Council has given both groups permits to protest. The protests have to be peaceful and can not intrude on passers by or other protesters, but there has been some confrontation between the groups.

Now the group Stop Abortion Harassment Thames has launched an online petition asking the council, Waikato District Health Board and police to stop what it calls the harassment of women.

"Experiencing these clinic protesters, it's really confronting - they experience it basically as street harassment."

She accepted that freedom of expression was an absolute right, however she said the right to protest was contingent on other rights, such as "the right to be let alone".

Even when the protesters were silent, the women going to get an abortion felt judged, she said.

Ms Bellamak would like the council to revoke both groups' permits and "let the people who want to access abortion care in Thames just go on about their business, without any trouble from protesters".

Lyn Hopkins has been protesting with Voice for Life Thames for five years, and she told Sunday Morning her group didn't harass women.

"We inform, we're there to help them, not to judge them, and most people realise that."

The group, usually made up of six to eight people, hold placards saying "Choose life" and "Adopt, don't abort".

Ms Hopkins had not heard about the petition, but said her group rejected accusations of harassment.

"We just stand there or sit there with signs, trying to encourage women to think again about what they're doing. They're always silent. We talk to people if they talk to us."

She said the Stop Abortion Protest Thames group was initially quite aggressive and noisy and there was no point in talking to them because "they don't want to know".

Any escalation would not come from her group, she said.

"It might come from the pro-abortion opposition but it won't come from us".

Voice for Life was filling a gap in the counselling services provided to women, Ms Hopkins said.

"We try to provide them with information, with options for other choices they can make, and how to get access to the help and support they need if they want it."

People had thanked them for being there, saying they had changed their minds as a result, she said.

The introduction of safe zones around abortion clinics such as those used in some Australian states would be undemocratic and an attack on her group's freedom of speech, Ms Hopkins said.

Ms Hopkins said Voice for Life would continue its protest.