Earthquake strengthening requirements for unreinforced masonry buildings are to be greatly sped up. 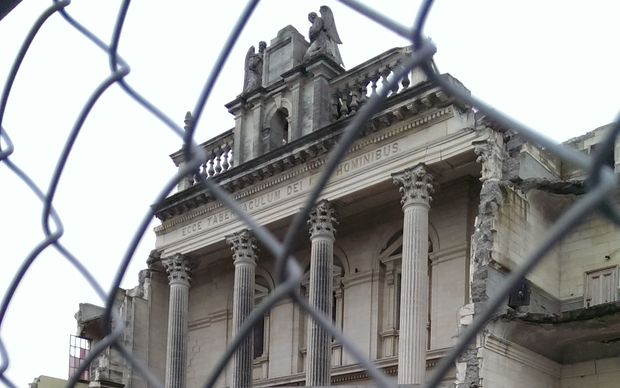 Legislation introduced in May divided the country into high, medium and low earthquake risk areas and building owners in the high-risk category were given 15 years to upgrade.

Following strong submissions, Building and Housing Minister Nick Smith has announced all unreinforced masonry buildings nationwide, including facades and parapets, must be strengthened in half that time.

As well, buildings considered high risk to the public have to be assessed within two-and-a-half years.

Dr Smith said he was happy with the timeframe.

"We think the timeframe we are giving building owners is reasonable, we need to be up front," he said.

only mediocre heritage value that ended up causing the loss of life."

Dr Smith said Christchurch would be least affected by the new category, as most of the city's unreinforced buildings had been taken down.

"The Wellingtons, the Nelsons, Napier, the Gisbornes, where if you walked down any one of those town's main street, there will be reinforced masonry buildings with heavy facades that could well cause the same loss of life that occurred in Christchurch."

He estimated about 2000 buildings nationwide would fall into the new category.

Christchurch woman Ann Brower, who was badly injured by unreinforced masonry in the February 2011 earthquake, said she was proud she had played a pivotal role in bringing about the change.

Ms Brower was on a bus travelling down Colombo Street when the earthquake struck.

The bus was crushed by a collapsing brick wall, killing eight other passengers.

"It's good to see democracy listening to the weight of science," she said.

"Making our buildings safe is so important. I think it is the first step of rising from the ashes and honouring those souls in the ashes."

The Christchurch City Council also made submissions on the bill, and Mayor Lianne Dalziel today said it was about making cities safer.

"I want to honour Ann, because it takes courage to go through the experience that she's gone through and then stand up for what needs to happen to make sure that these kinds of events, the risk of them happening again are minimised," she said.