The United States has decided to ban artery-clogging trans fats from food, but food authorities in New Zealand will not be following suit. 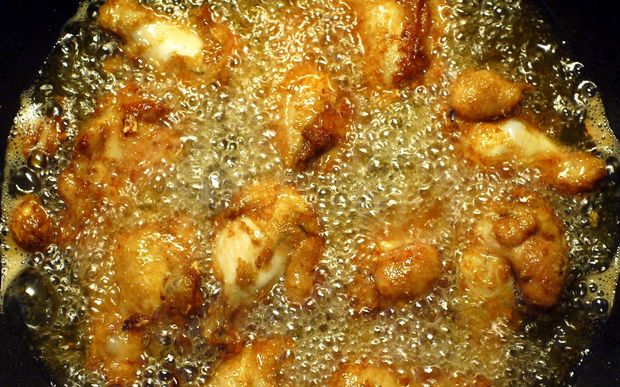 Food Safety Australia New Zealand said the amount of trans fats found in New Zealand food is below the level recommended by the World Health organisation and that's good enough.

Hydrogenated fats, or trans fats are hardened vegetable oils often used for deep frying, or as a cheaper alternative to butter in processed foods such as biscuits, spreads and cakes.

They are popular with manufacturers because they give some foods a longer shelf life.

But not only to trans fats contain "bad' cholesterol, they also lower good cholesterol, increasing the risk of heart disease.

So why aren't we banning them here?

Professor Jim Mann from Otago University said they occur naturally in meat and dairy and enforcing a ban would be too hard.

"Some of those are very similar, if not identical to the trans fats that you find in manufactured goods, you can actually say ban trans fats from processing, but to actually prove that an individual product hasn't got trans in it is very very difficult."

She wants trans fats banned and said the argument that it is naturally occurring is an excuse that does not wash.

Ms Nissen said people should at least have the right to know what is in their food, so they can avoid it if they want to.

"If someone's making a claim, this will reduce your cholesterol or protect you from heart disease then they do have to put the trans fats on it, but basic food going through the supermarket process, anything with hydrogenated oils has got trans fat in it so once again I think Food Standards is just protecting the food producers."

At 0.6 percent, New Zealand foods are below the World Health Organisation recommendation of allowing up to 1 percent of daily food intake to be trans fats.

But Heart Foundation spokesperson Dave Monro said when it came to fats, New Zealand had bigger fish to fry.

"Food companies have made some good inroads into reducing trans fats, particularly in products like margarines, but the emphasis does need to be both on reducing the saturated fat in our food supply, which is a much bigger issue but also companies, where they can need to look at reducing trans fats levels."

The Ministry for Primary Industries is responsible for Food Safety, but no one from the ministry was available to comment.

In a statement it said a review it did in 2014 showed there was no need to regulate or ban trans fats in New Zealand foods.