A British study examining the link between saturated fats and heart disease is challenging the belief that people should reduce their consumption.

The study, published in the journal Annals of Internal Medicine, claims that current guidelines - which encourage high consumption of polyunsaturated fatty acids such as nuts, fish and seeds and low consumption of saturated fats - are inaccurate. 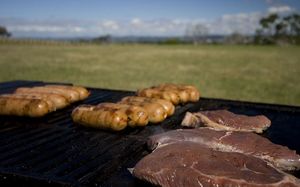 Its authors say there is no evidence there is a higher incidence of heart disease among people who consume high levels of saturated fat - including dairy and meat products - than among those who do not.

The Heart Foundation is unimpressed by the study, with national nutrition adviser Delvina Gorton dismissing the findings.

"The study really missed the point in that we don't just want to look at the link between saturated fat and heart disease because it's really important what we eat instead of saturated fat.

"When we look at studies that consider that, then we see that replacing saturated with unsaturated fat does reduce our risk of heart disease."

Ms Gorton says people should eat a Kiwi version of the Mediterranean diet and consume healthy polysaturated fats such as nuts and plant oils.

Federated Farmers praised the study's findings on Wednesday. Meat and fibre spokesperson Jeanette Maxwell says it's potentially very good news that conventional wisdom has been turned on its head.

"As a sheep and beef farmer, of course, we like to hear that all things in moderation are healthy for you. For a long time, a lot of people have been saying that red meat's bad for you, saturated fat's bad for you - but it does show that in moderation as part of a balanced diet, saturated fat isn't going to take you to the end of the world just yet."

Ms Maxwell says while more research is needed it would be great for Federated Farmers if saturated fats are found not to be a problem.

New Zealand Nutrition Foundation dietician Sarah Hanrahan says New Zealanders have cut their intake over the past 30 years and there's been a corresponding drop in cardiovascular disease.

However, she says people need to consider what they replace saturated fats with, as processed low-fat foods can be very high in sugar.