A British tourist and three local men have been honoured for their bravery in rescuing a couple and their grandson from a car, which plunged into an icy river in Nelson, claiming the life of the grandmother. 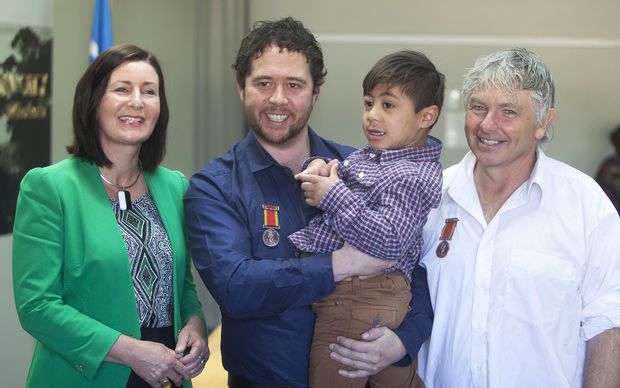 Last July the group saw a car veer off a highway close to Nelson city centre and crash into Saltwater Creek.

They successfully rescued Filemoni Fa'avae and his two-year-old grandson Ali from the submerged car.

Janice Fa'avae was also pulled free but did not survive.

Nelson locals Kyle Paki Paki and Philip Walker were this morning given the Royal Humane Society's Bronze Medal for Bravery.

Another resident Gary Miller and a British tourist, Adam Black, were not at the ceremony but were awarded the society's Certificate of Merit.