About 50 small infant formula companies in New Zealand could be barred from exporting to China under new rules. 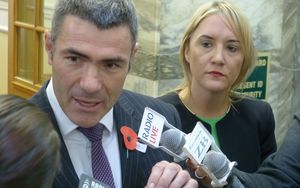 From 1 May, all milk powder firms will have to apply for new permits under raised food safety and traceability standards in China.

Primary Industries Minister Nathan Guy said on Thursday that, based on an audit of New Zealand infant formula manufacturers, about 90 percent of infant formula exports will be able to meet those new standards.

However, Mr Guy said the remaining 10 percent, which involves about 50 small companies, could find it much harder to get registration.

"We believe we can meet these rules and regulations, but there will be probably some small players that may not get across the line. We will work with every individual company to try and get them across the line. At the end of the day, these are China's rules."

Mr Guy says Chinese officials have made it clear that exporters will have show a close association between their brand and the manufacturer.