Shirley Corles-Davis is still angry at being asked by a property developer if she wanted to sell her house just 24 hours after it was damaged in the Papatoetoe tornado. 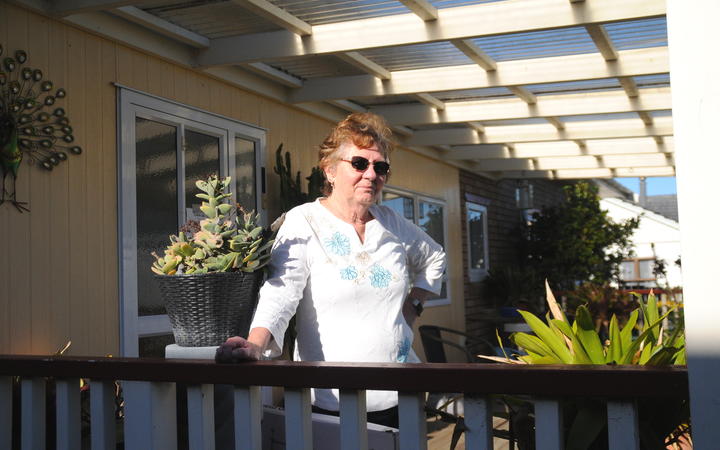 Papatoetoe resident Shirley Corles-Davis says she was furious with a property developer who asked her if she wanted to sell her Hayward Rd home the day after it was damaged in Saturday’s tornado. Photo: LDR / Stephen Forbes

A freak twister ripped through the area on Saturday morning, damaging hundreds of homes in its path and leaving one person, Janesh Prasad, dead.

At least 18 houses in Papatoetoe have since been assessed as uninhabitable, while a further 51 have been significantly damaged and may not be safe to enter.

Papatoetoe's Hayward Rd is one of the worst-affected streets, with roofs torn off, windows blown in and debris strewn everywhere.

Corles-Davis, who has lived in the street for 15 years, said she was asked on Sunday by a property developer if she wanted to sell her home.

"I was so angry. They've been in the area trying to get business and it's not on. This is the worst street in Papatoetoe right now," she said.

Corles-Davis said she told one of the developers in no uncertain terms what he could do with his offer.

"I was so angry, I swore at him. I told my neighbour if I was a foot taller I would have punched him."

She said selling her home was the last thing on her mind and she was still trying to get her head around what happened.

Corles-Davis said her outside patio area and deck were smashed to pieces and her roof was damaged in the tornado, while her garden shed disappeared and had not been seen since.

"It was so scary. It was like a bomb had gone off and then there was dead silence," she said.

She was luckier than some of her neighbours, whose homes had been red-stickered and may be condemned.

"At least we've got insurance, whereas some of our neighbours don't, and they will have to move because their houses are uninhabitable." 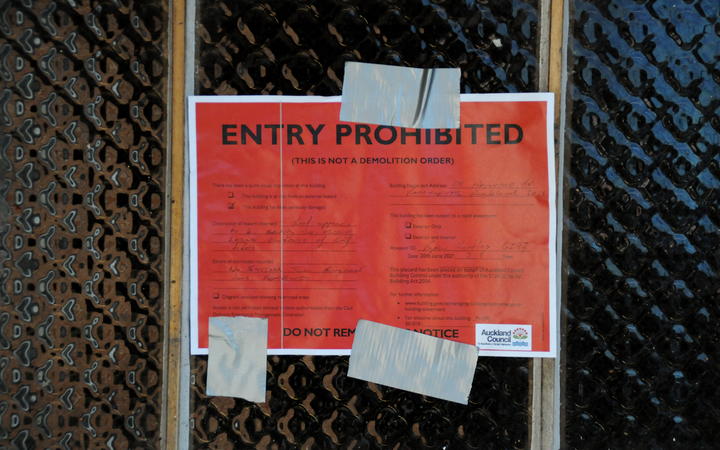 A red sticker on the front door of a property damaged in Saturday’s tornado in Papatoetoe’s Hayward Rd. Photo: LDR / Stephen Forbes

The street is still a hive of activity with electrical line workers busy trying to get power back on for the homes that have not been red-stickered, while insurance assessors are checking which homes are habitable.

The berms outside the houses remain full of debris from Saturday's twister, with everything from parts of trees, to roof tiles and household items.

Jay Beguely lives in nearby Victoria Rd, which was also affected by the tornado, and has been lending a hand to those affected. He said it was not uncommon for residents with older homes in the area to receive unsolicited offers from property developers.

"We get it all the time," Beguely said.

Doing it 24 hours after a tornado was callous though, he said.

Rachel Armstrong, who owns a rental property in Hayward Rd, said some of the affected residents might not have any choice.

"I've heard there are a lot of people here who aren't insured. And if they aren't covered they might have to sell."

Armstrong's property is worse for wear after power lines tore the guttering off the home, while an airborne trampoline smashed into the roof and damaged the tiles.

Peter Cooney is a director of construction and development company Classic Builders and said asking someone if they wanted to sell their home 24 hours after a natural disaster was a "bit harsh".

"It's not something we would do. It's pretty brutal," Cooney said. "But people will take an opportunity when they see it."

He said the fact some of the people affected might not be insured and were now facing massive repair bills meant selling up and moving might be their best option.

Auckland deputy mayor Bill Cashmore said he could not comment on the actions of the developers in Hayward Rd, but said unfortunately there were always some "ratbags" who tried to exploit other people's misfortunes.

He said the one thing that had shone through in relation to the Papatoetoe tornado was the community spirit people had shown by helping their neighbours and others.

Mayor Phil Goff this week announced the Auckland Council and the government will provide $200,000 for a Mayoral Relief Fund to support people and families experiencing hardship due to the tornado.