Dozens of people had to sleep away from their homes last night, after a tornado tore through South Auckland yesterday. 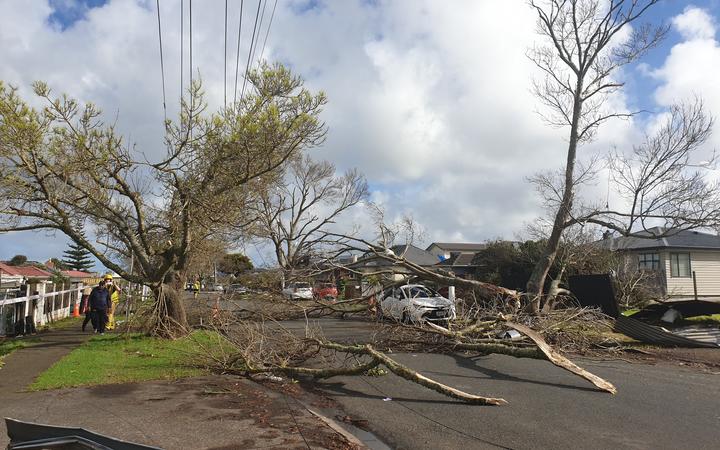 Panmure-Ōtāhuhu MP Jenny Salesa is worried many people whose homes were badly damaged may have chosen to stay put, rather than seek emergency help.

About 200 houses were damaged by the twister, which left about 60 houses uninhabitable.

Some of those affected had stayed with family or friends, but others might be occupying badly damaged homes to try to protect their few remaining belongings, Salesa said.

"I'm a little bit worried that some families are (staying), because of the fear of losing the small possessions they have left," she said.

"There are houses where the roofs have been taken off, most of their possessions are not there, the rain has come down and so the little of what's left ... has now been damaged.

"The appeal that I have to our families in Papatoetoe, please call the Auckland Emergency Management on 0800 222 200, who can assist you with support, including emergency accommodation."

People can apply for grants from the Ministry of Social Development to cover costs caused by the tornado, including the cost of emergency housing. 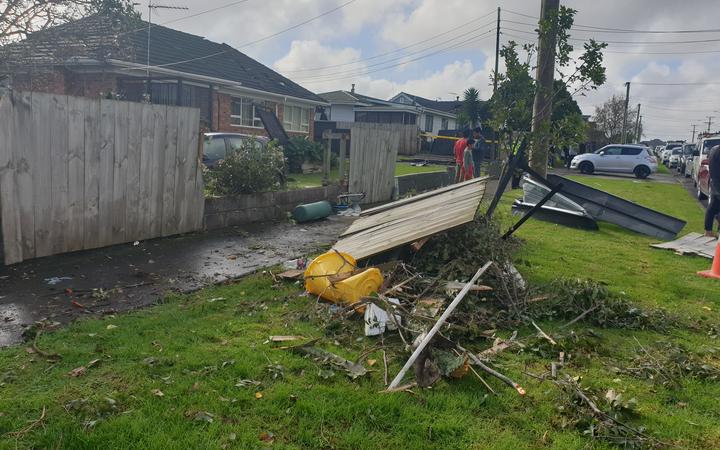 Auckland Mayor Phil Goff said some houses were "pretty much totalled" by the tornado and some homes might not be able to be rebuilt.

"We think it would be some weeks, and for some houses some months, before things will be back to normal."

Police had been patrolling the streets where the tornado had left a trail of destruction and Goff had not heard about any "anti-social behaviour".

He said dozens of Vector Electricity staff had worked through the rain yesterday to restore power to most homes.

"They did a fantastic job.

"The power poles I saw on Saturday, the wooden ones snapped like matchsticks and the metal ones and the concrete ones equally snapped ... tangles of lines, corrugated iron hanging from the lines, even trampolines.

"It did look like a war zone on Saturday, but weather permitting, we will make some further progress today and start to get things back close to how it was," Goff said.

The government and Auckland Council are both contributing $100,000 to a Mayoral Relief Fund for people in need after the devastation caused by the tornado.

Goff said the death of contractor Janesh Prasad who was killed when the tornado hit a Ports of Auckland shipping container yard in Wiri early yesterday was the cost weighing most heavily on his mind.