The government is contributing $100,000 to support communities affected by yesterday's tornado in Papatoetoe, South Auckland. 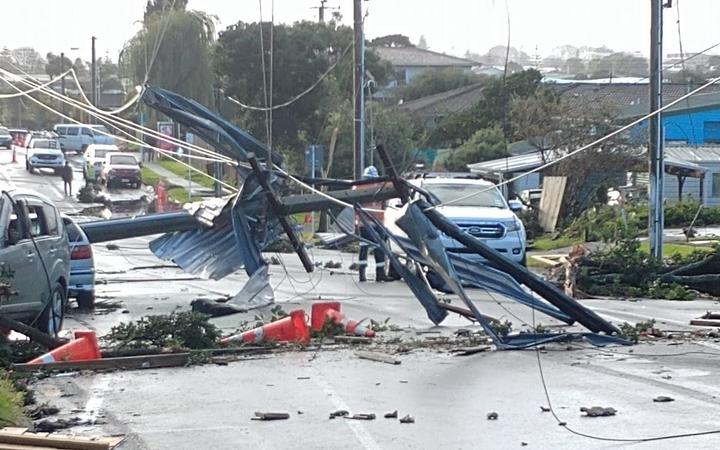 The twister roared through the area yesterday morning, ripping off roofs, bringing down power lines, upturning trees and vehicles, and killing one man.

About 1200 homes were affected and some are still without power.

"My heart goes out to the family and friends who have lost a loved one, and to those who have been injured," acting Minister for Emergency Management Kris Faafoi said in a statement.

"I know this has been a distressing weekend for people in Auckland, with many lives disrupted, and many homes and businesses damaged."

He said it may be a day or so before power was restored to several areas, with 80 houses still suffering an outage as of Sunday evening.

Council teams are going house to house to assess the damage.

"While it's too early to know the full cost of the damage, this initial contribution will help those communities start to get back on their feet," Faafoi said.

The money will be contributed to a mayoral relief fund to help the tornado victims.

"We will stay in contact with Auckland Council, which is contributing a similar amount to the fund, to see what further assistance may be needed as site assessments are completed in the coming days," Faafoi said.

"This funding is in addition to other support that people may be eligible for through the Ministry of Social Development."

An information hub is being set up at the Allan Brewster Leisure Centre, where residents can speak to the Red Cross, the Ministry of Social Development and the Insurance Council.

People who need assistance but are unable to get to the centre can call Auckland Emergency Management on 0800 22 22 00.

"I'd like to recognise the extraordinary efforts of emergency management staff, first responders, volunteers, businesses, community leaders and residents who have also provided support," Faafoi said.

"There is still a recovery effort ahead for this impacted community. They should know the government will be standing alongside them." 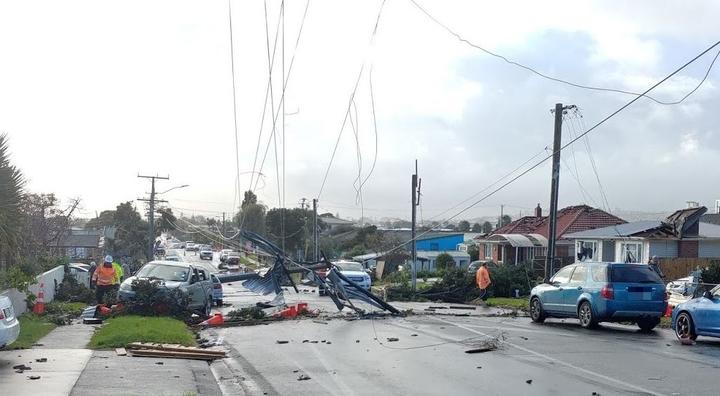 Auckland Mayor Phil Goff said there would be $200,000 available for people suffering financial hardship due to the tornado, with central government and Auckland Council chipping in half each.

About 60 homes were not habitable at all, he said, and although many people had insurance, it was likely some did not.

"There'll be people that have faced costs that aren't covered in any other way and that are causing harship, we just want to have something there as a back-up to give people the assistance so that they are not suffering real hardship."

Goff, who has been in the area yesterday and today, said he could easily see the cost of the tornado running into the tens of millions of dollars.

It was a "miracle" more people were not seriously hurt or killed by the tornado, he said.

Dozens of people are out today in Papatoetoe helping patch up holes and clean up, and tradespeople are on every street - some working for free.

Many are missing parts of their roofs - many now being kept watertight by tarpaulins. Neighbours were out helping others tidy up, and others handing meals out.

Goff said it had been heartening to see the community spirit after such a severe event.

"Not a person that I spoke to yesterday or today has come and complained about how tough life is that this has happened to them. The communities has come together, the families have come around, friends have come around. There was a building company that were out there all day yesterday, with the whole team I think they had 25-30 workers there, pro bono just putting tarpaulins over the roofs."