Jacinda Ardern has outlined her priorities for the first 100 days of a Labour-led government, putting housing and education at the top of her list. 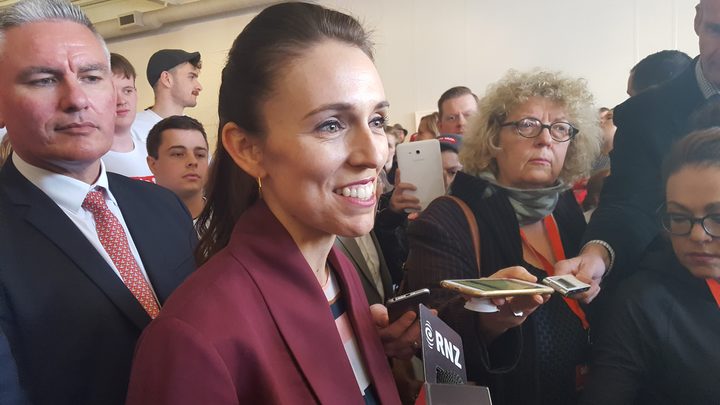 The Labour leader laid out the party's plans to a rapturous crowd of some 1500 supporters at the St James theatre in Wellington on Sunday.

She put a timeline on the party's pledge to crack down on foreign non-resident house-buyers.

"Too many families are missing out on buying homes. So we'll introduce that law to ban overseas speculators from buying existing homes and we'll do it by Christmas."

Ms Ardern was introduced to the rally by a makeshift band, boasting Wellington musicians from Fat Freddy's Drop, the Phoenix Foundation and the Black Seeds.

The group dubbed themselves "Stardust," a reference to a comment by National leader Bill English during the Stuff Leaders Debate.

Ms Ardern said a Labour-led government would make the first year of tertiary education free and lift allowances by $50 a week from the beginning of next year.

"Everybody should be able to get the education they need and deserve. Why? Because education is a public good." 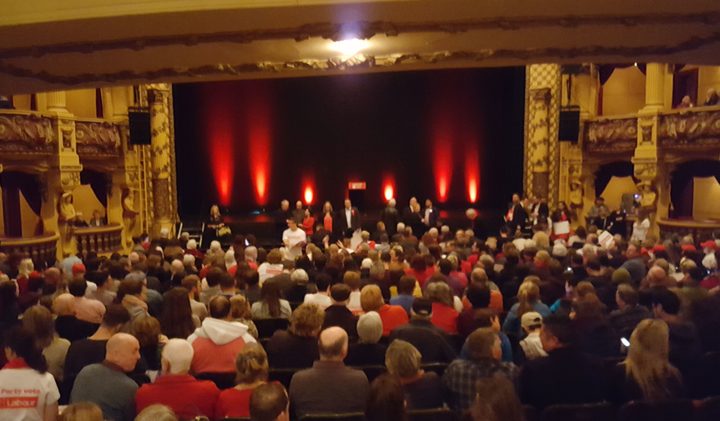 A crowd of around 1500 Labour supporters attended the rally at the St James theatre in Wellington. Photo: RNZ / Craig McCulloch

Labour also plans to scrap National's tax cuts and replace it with its own families package from 1 July.

That would boost Working for Families payments, extend paid parental leave to 26 weeks and give beneficiaries and superannuitants $140 a week during winter to help cover power bills.

It would also introduce a weekly $60 payment for the first year of a child's life after paid parental leave ends.

Ms Ardern said Labour would also set up two major inquiries in its first 100 days; one would look into mental health and the other into the historical abuse of children in state care. 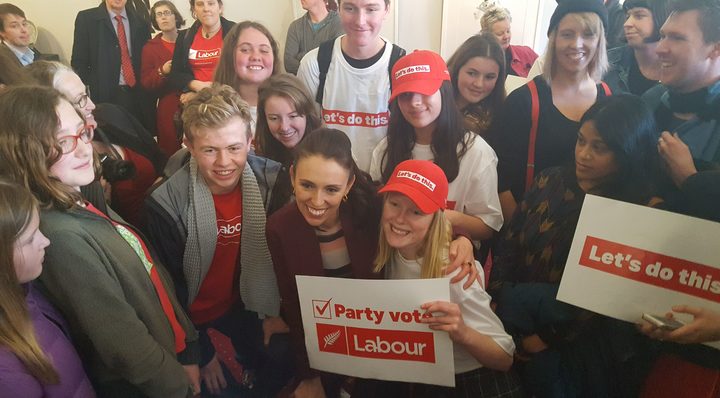 In response, National leader Bill English said many New Zealanders would still be in the dark about what a Labour-led government would do.

"They've left out the things they seem to not want New Zealanders to know about."

Mr English accused Labour of hiding their plan to set up a working group on how to change the tax system.

Ms Ardern did not mention the group in her speech to supporters, but it is included in Labour's list of priorities on its website.

"I speak about it most days, so I suspect most people knew that work would be undertaken," she told reporters.

She said while the group would be set up early on, she didn't expect it to report back with recommendations for at least a year.