Opinion - The Labour/New Zealand First coalition government presented to New Zealand on Thursday might seem like one of the more bizarre match-ups in recent history.

In reality it's part of the next stage on our MMP journey - one that has seen the country experiment with a number of different types of government arrangement since 1996. 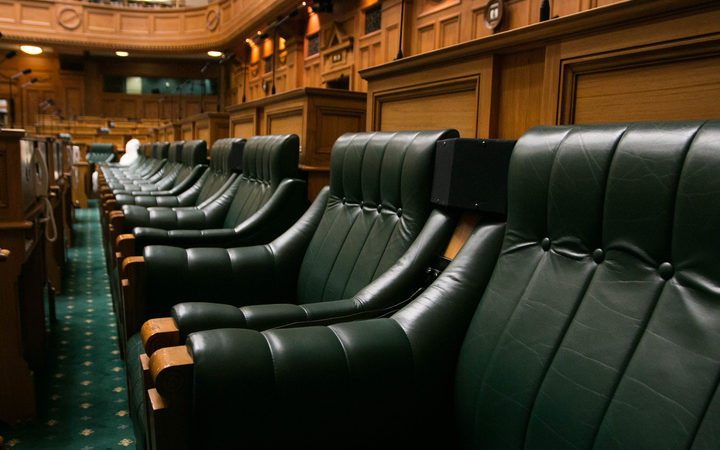 For the first time in MMP history, the government will not be formed by the party with the largest number of seats Photo: VNP / Daniela Maoate-Cox

One way to understand what's happened is to apply an innovation lens. The incumbent National government was offering what is referred to in the marketing literature as 'sustained innovation' - evolutionary improvements in their offering valued by their existing voters. In a commercial sense this is like a car that is powered by electricity, the 4K television, the iPhone8. Winston Peters described National's offering last night as a "modified status quo".

Instead, what we have seen is something akin to a 'disruptive innovation'. New Zealand First, a minor party representing only 7 percent of voters, has pulled a swifty on a government that has prided itself as being a champion of innovation.

NZ First has challenged the established business model - the expectation that highest polling party forms the next government - and replaced it with a new model, a minority government that has two seats less than the opposition, three if you include the Speaker's role. Although at first glance it appears like a messy arrangement, in creating the next government he has produced what most disruptors focus on providing as they move into a market - a 'good enough' rather than an electorally perfect product.

Thursday's result wasn't about conforming to popular choice, though. It was about something more primal: the desire for power and the exercise of power, the aspect of politics we are often too embarrassed to name.

The conditions were ripe - the desire for power in Labour, New Zealand First and the Green parties was at an all-time high. Labour was determined not to spend another day in opposition after being there for nine years; the Greens were desperate to hold ministerial portfolios for the first time since their establishment as a party 27 years ago; New Zealand First was seriously concerned for its survival when Winston Peters steps down from the leadership.

With the pendulum naturally swinging away from National, New Zealand First was only ever likely to be in government with National for three years. Should things go well for it in coalition with Labour it has the opportunity to survive for longer than that, in theory.

Robert A Dahl, an eminent political scientist at Yale who died in 2014, defined power as: "A has power over B to the extent that he [sic] can get B to do something that B would not otherwise do." Labour's deep desire to govern at all costs meant that New Zealand First could exercise power over Labour and enforce New Zealand First's requirement to be part of the coalition arrangement without the Greens, thereby defying the agreement Labour and the Greens had to work together (which was effectively an agreement to go into coalition after the election).

While on the one hand it looks like the Greens have been shafted once again by their major friend, the party could still end up winning over the longer term.

Last night Green leader James Shaw talked up the Green situation by saying that being in a confidence and supply arrangement meant they would be able to stick with their values, retain their distinctiveness and independence and lead on those areas of most importance to them. That was a good position to be in for their first time in government, he said.

Provided they maintain that independence, respect the responsibility that holding the balance of power gives them by not agreeing with everything the Labour-New Zealand First Government proposes, and continue to come up with fresh, new ideas, this should see them re-elected in 2020.

But this is likely to be the last we see of New Zealand First as a political party. It is one of the paradoxes of populism that if a populist movement is so successful in appealing past the established political forces that it actually gets into power, its own inability to live up to its promises is revealed.

After being in coalition with National in 1996 New Zealand First's vote dropped from 13 percent to 4 percent in 1999. It only survived in Parliament because Winston Peters was able to retain the Tauranga seat. After being in confidence and supply with Labour in 2005 NZ First's vote dropped from about 6 percent to 4 percent, and it was totally out of Parliament with no electorate seat to save it.

Yes, it has always risen from the ashes, but without a strong leader in Winston Peters, for whom this is surely going to be his last term before retirement, this is unlikely to happen. As we have seen time and time again, it is very hard for minor parties to reinvent themselves from within a formal coalition.

There is a scenario whereby Labour's sensitivity to being the government with less support than the opposition, combined with a fall in New Zealand First's popularity in the first 18 months, could see Labour going back to polls to seek a mandate to govern without their coalition partner. That would be both Labour pulling the base of power back as well as being another disruptive innovation we haven't experienced before under MMP.

* Claire Robinson is a political marketing expert at Massey University.