Bill English and Jacinda Ardern have duked it out in their most fiery debate, talking over each other often in front of a raucous crowd. 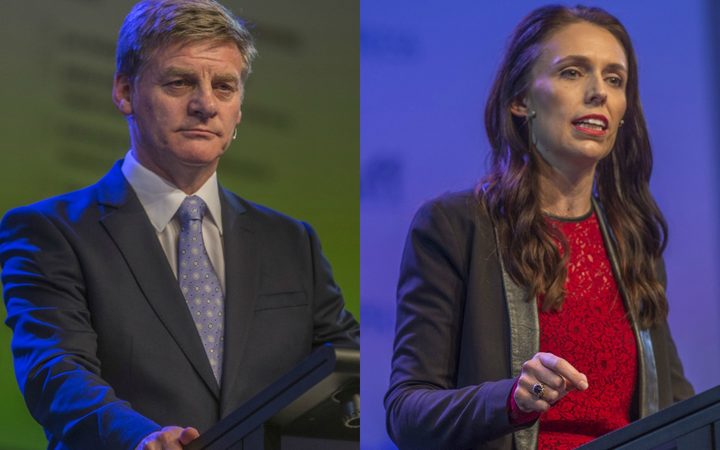 The National and Labour leaders faced off in the town-hall style Stuff Leaders Debate before the rowdy 700-strong audience in Christchurch.

It began just as a new Colmar Brunton poll showed Labour maintaining its lead on 43 percent, with National slipping to its lowest level since 2005, on 39 percent.

Look back on RNZ's live coverage and watch a video of the debate. 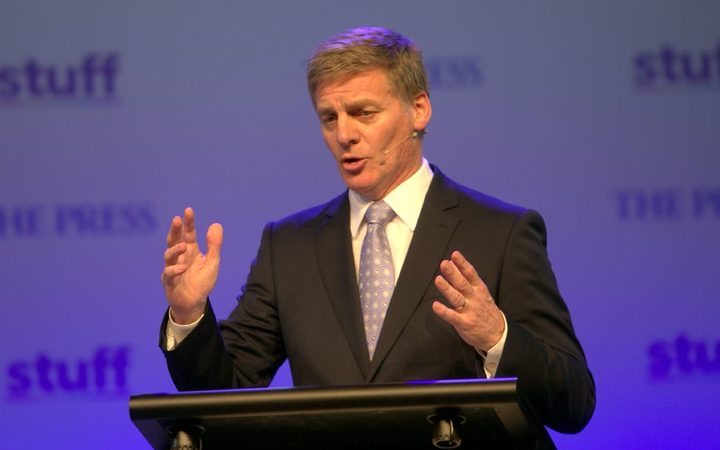 Mr English found himself being heckled early on, as the crowd reacted to his comments about Christchurch's success and the rebuild being completed in a few years.

He said the "stardust" had settled and voters were now beginning to take note of Labour's policy.

"You're being asked to vote for a committee which will decide everything after the election."

But Ms Ardern bit back in her opening statements.

Both leaders tried to define the election as one about choice, and both provided different options for voters.

Mr English said New Zealanders had a choice between dynamism or uncertainty, while Ms Ardern said it was between risk and hope. 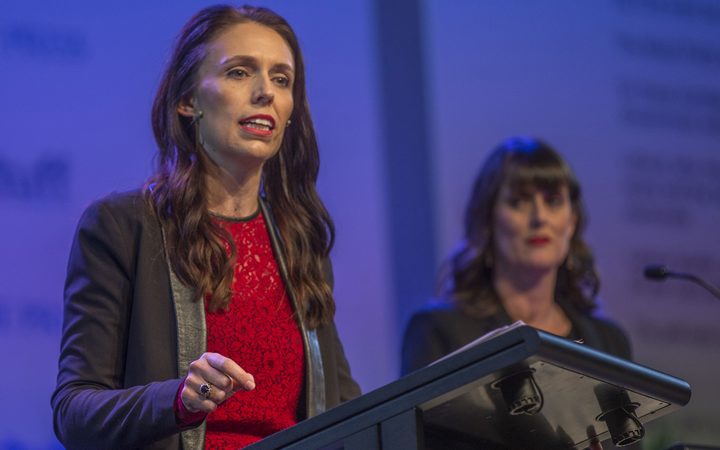 She returned to the line several times during the showdown, saying there was risk in the status quo.

At one point, Mr English described Labour's alternative budget as a "risky economic package that will stall the economy".

But Ms Ardern said "continuing as we are" was the real risk.

The two were also grilled over their superannuation plans, after Ms Ardern promised during the second debate that she'd resign before putting up the pension age.

Ms Ardern accused National of selling her generation "down the river" by stopping contributions to the Super Fund.

Mr English shot back that he understood the younger generation because he'd "raised them". 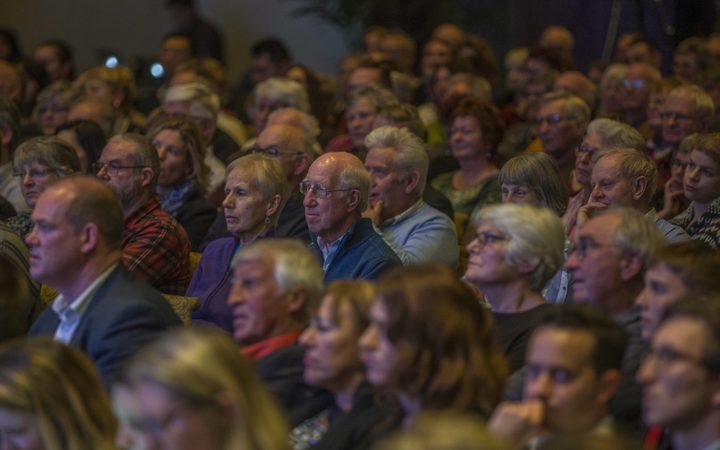 Mr English faced tough questions about truth and trust, as he refused to resile from National's claim of an $11.7 billion hole in Labour's fiscal plan.

Ms Ardern spoke over him, telling him to "take a breath" and asking him to name anyone who agreed with him.

She accused him of lying, and said multiple economists who have lined up to say National was wrong.

But Mr English stood by the $11.7b figure and said Ms Ardern's team had let her down.

"Your team have lied," Ms Ardern jabbed back.

When debating the topic of farming and dirty rivers, Ms Ardern accused National of doing "too little, too late" after nine years.

But Mr English said she was insulting thousands of farmers who'd commited themselves to "intensive community processes".

"Just because Labour didn't do it, doesn't mean decent Kiwis haven't been working on this issue. They have."

The final leaders' debate will take place on TVNZ on 20 September.