The Māori and Green parties have signalled their preference to work together in a future government. 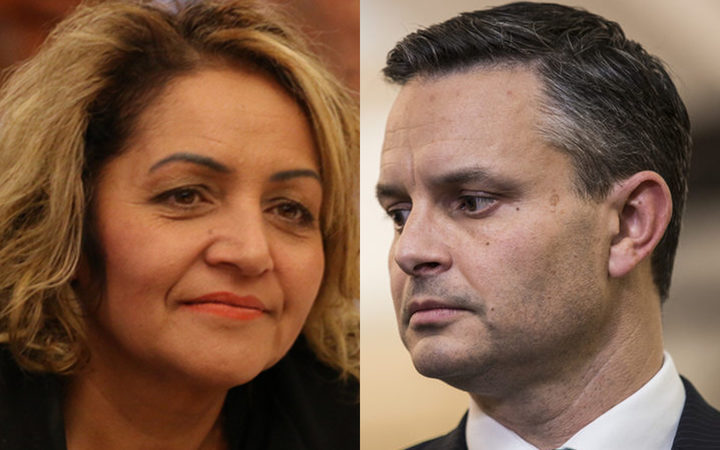 "There is a feeling for change, and I have to say I look forward to the prospect of working with a party like the Greens that are so close in policy to ourselves."

She did have a few jabs at Greens leader James Shaw, reminding him that a "vote for change" for the Greens would prove useless if they didn't poll over five percent.

The Māori Party itself is polling just over one percent in RNZ's poll of polls.

Mr Shaw said he "would find it a lot easier to work with the Māori Party than New Zealand First".

"Back in the 2005 to 2008 parliament we actually voted together 89 percent of the time, which is more frequently than the parties of government voted together. So we see eye to eye on a lot of things."

When asked whether Labour knew about the Greens' preference, Mr Shaw replied: "I've been talking about this for a while now, I'm pretty sure they know where I stand."

After the debate, Marama Fox said if her people were given the option of going right or left, they'd want to side with Labour and go left.

However, she would not rule out working with National.

"Why would we rule them out before the cards have fallen? What if National and New Zealand First and ACT do form Government and still invite us to come?" she said.

"Do you know what people would say? 'We hate it, we're not quite sure about it, but go on, get back there because without you can you imagine what Winston [Peters] would do to treaty law?'"

Mr Peters pulled out of the debate yesterday, saying if National and Labour were not taking part he did not see any reason to.

David Seymour said Winston Peters had "run out of ideas".

"He's so disrespectful of New Zealand he can't even turn up to a single televised debate to tell us what his policies are and which way he will go."

Visibly nervous, he said he was hoping for a "Damian Light effect", posing a clear change to his predecessor, 33-year parliamentary veteran Peter Dunne.

He quickly started trending on social media, with many people asking who he was, comparing him to a few celebrity look-a-likes and prompting the party's website to crash due to the unexpected interest in its young leader.

"Is this like speed dating?" he questioned curious media after the debate.

"I'm born and bred in Auckland, lived here my whole life, I'm 33, I live in Botany with my boyfriend, [and] I work for a state-owned enterprise called AssureQuality."