Analysis - Gareth Morgan is trying to force his way into TVNZ's minor party debate. Tim Watkin looks back at Colin Craig's efforts to do the same at the last election. 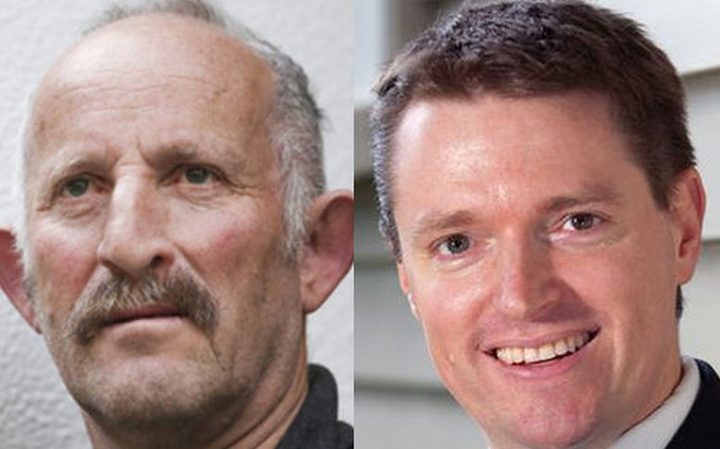 The Opportunities Party today filed papers in the High Court, challenging TVNZ's decision to exclude it from pre-election debates.

This brings back memories. A colleague last night tentatively asked, "now I don't want to trigger anything, but what happened with you and Colin Craig?".

I assured her nothing but frustration was triggered, but it did take me back to 2014 and The Nation's day in court against the Conservative Party.

Ahead of the 2014 election, The Nation - where I was executive producer - planned a minor party debate and, well in advance, had laid down a threshold that it would only accept parties that were already in parliament.

This was back in the days when we had a bounty of lively minor parties - the Greens, New Zealand First, the Māori Party, ACT, United Future and Mana all had MPs in the House. So there was already a unwieldly number of parties to cram into a one-hour programme, and so a line had to be drawn.

It was a difficult and much debated line. These lines always are, because they matter. Remember back in 2011, TVNZ had laid down a threshold for parties early in the year and New Zealand First snuck in on a rounding point (technically on 2.9 percent, it had been rounded to 3 percent by the pollster, and so crossed the line). Winston Peters' performance in that debate helped push him forward to over 6 percent on election day. Yes, they matter.

I was keen to involve the Conservatives last time. Indeed, I was keen for all kinds of different things in the debates that year. TV3, as it was then, had tried to arrange a four-party debate with National, Labour, the Greens and New Zealand First, given that the gap between the big two and the middle two was comparable to the gap back to the minnows. But the big parties weren't biting; at least National certainly said no.

Add to that the logistical realities of studio space, lighting and so on, and it's never as simple as saying 'let 'em all in'. 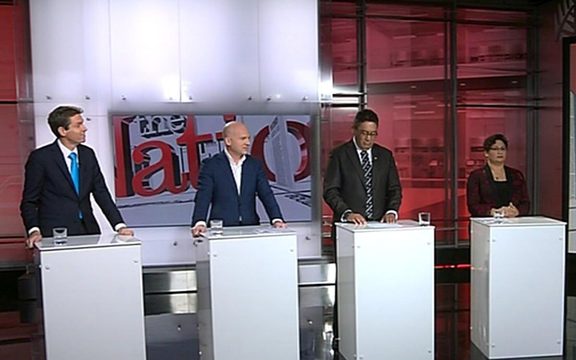 The minor parties leaders debate on The Nation in 2014, which Colin Craig (left) went to court to appear on. Photo: Screenshot / Newshub

Yet that's more or less what the judge ordered three years ago, because we had decided to leave Craig out. We had interviewed him one-on-one on the programme as often as Key and Cunliffe that year and more than any of the other minor parties.

It wasn't because of an unwillingness to let his voice be heard. Quite the contrary, we reluctantly decided to keep him out so that we could best have a constructive debate where voices could be heard in the commercial hour we had at our disposal. Six speakers was a lot and stretched our ability to light and shoot the set.

The judge understood none of that. Rather, he decided that Craig had the legal right to appear on that programme at that time, in the belief that not doing so would unfairly harm his chances at the election.

While as a producer, I think the audience was not best-served by his presence, the worst thing about his appearance on the programme was the way it undermined editorial independence in this country.

Undoubtedly, there are strong arguments on both sides of this debate about debates. But an independent news organisation had set a clear threshold and then exercised its media freedom to decide soberly and with care that one party would not take part. The courts ordered it to do otherwise. Think about that.

Yet it does not seem to have had an especially chilling effect. TVNZ has this year set its own independent threshold of 3 percent in one of its last two Colmar Brunton polls and TOP has not met it. In fact, it hasn't come close at 2.1 percent and 0.9 percent.

And so it's looking at court action.

I understand that a party largely excluded from the conversation in the past fortnight - apart from the odd desperate headline about lipstick and femi-nazis - is desperate to have its shot before the biggest audience of the campaign.

Gareth Morgan will look at Peter Dunne's commonsense debate performance in 2002 and wonder if he couldn't pull the same rabbit out of the hat. You've got to be in to win.

But TOP was meant to be a party built on policy and principles, because it was about what works, not about politics and the game-playing it so often involves.

It seems to have already abandoned its policy purity in the face of real politik and gone for the cheap headlines. Now, if it does go to court, it will be throwing away its principles, by willingly compromising the editorial independence of a state broadcaster. Is this really what Gareth Morgan entered this race to be remembered for?

To be fair, there's nothing wrong with that. This is the political world he chose to enter and while I dislike any undermining of editorial freedoms, there is nothing dishonourable about fighting for your place or, indeed, being a politician.

But Morgan said he was different. This decision will show us whether he is. Or not.