There is hope a changed southern border for the Auckland level 3 lockdown will improve the flow of fresh fruit and vegetables to the city. 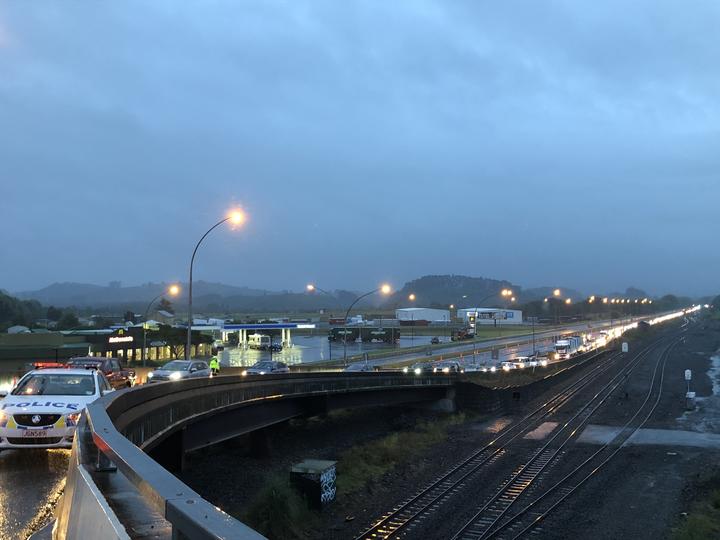 A long line of cars stretches more than 1km at a border checkpoint at Mercer. Photo: RNZ / Kate Gregan

Last August, the border split the larger Pukekohe growing area in two, which created delays for staff and produce moving between the level 3 and level 2 zones.

Fairhall said this should ease some of the problems caused by the divide last year.

Chapman said it would take some time to test if the new border would work but there were some improvements in the new system, like a QR code process he hoped would simplify and speed up travel across the zones.

He was glad local fruit and vegetable shops would stay running under level 3.

However, Chapman said the Covid-19 restrictions did make business difficult.

"With level three of course there are a whole lot of measures that are put in place around harvesting and processing and transport, of course that can be done, it makes things very difficult and costly for growers but that's the cost of keeping the country safe," he said.

Ruth Fairhall said many primary sector businesses still outside the level 3 zone could cross between alert levels if necessary.

This included businesses involved in primary processing, production and supply of food and drink, as well as packaging and freighting those goods.

Fairhall acknowledged the primary sector's response to Covid-19 and said the ministry would keep in close contact to ensure businesses and workers knew the rules around travel across the boundary.

please add to the bottom of this web copy:

'How hard is it to put the maps out?'

Federated Farmers Auckland president Alan Cole said communication could have been better but there were some improvements since the last lockdown when some on the southern border struggled to check on stock and get essential supplies.

Cole, who farms in Waiau Pa, said if border placements were outlined earlier it would have helped avoid stress and confusion when Sunday's lockdown was announced.

"We'd been trying to get communication out of central government - where the new borders would be; did we have an exemption this time if we went into regional lockdown; et cetera - and that communication wasn't forthcoming.

"How hard is it to put the maps out and then everybody just can go to them straight away, have a look: 'oh I'm in and out of Auckland now'," Cole said.

He said because it had been extremely dry, farmers needed to check on stock and feed, meaning easy access to their properties was even more important.

A Department of the Prime Minister and Cabinet spokesperson said the alert level boundary was not confirmed until the Health Order was signed by Covid-19 Response Minister Chris Hipkins.

The order was published shortly before midnight on 14 February.