Farmers across the upper South Island are on clean-up duty and counting up the costs as damaging floodwaters recede, and the agriculture minister has reminded farmers to take a thorough look at resilience in the face of climate change. 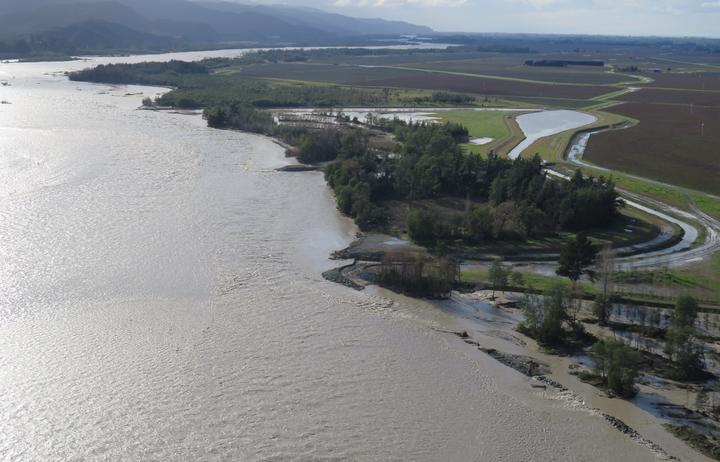 Federated Farmers Marlborough president Scott Adams said more than 300mm had fallen on his sheep farm near the Wairau River in 48 hours, and parts were devastated.

"We've got 20 percent [of the farm] severely affected ... so it's getting the small bits sorted first, then having to focus on the heavy work - a lot of fencing and it's going to have to have some river work done... slips, access tracks and probably some re-sowing."

In some places the groundwater has risen so high that water was now bubbling up out of the land. Many lambs had died but feed was in good supply, and his first focus was fixing key perimeter fences.

Adams said other farmers in the area he had talked to have suffered similar levels of damage.

"It's going to be between 6 and 24 months recovery to get this right. It's unfortunate it's happened at lambing time, that's busy enough as it is, but to have this happen on top is going to make things very very busy."

Avon Valley farmer Darren Clifford said the scope of the damage was challenging. Rivers were still very high on his land, and though a helicopter crew had done some initial surveying of the damage he was still cut off from many places that were still unsafe.

It wasn't yet clear how much stock had been lost, but lambs were hit the worst.

"We tried [to shift them], we made our best attempts and in most cases managed to get stock out of the main risk areas. But in general in Marlborough there has been reasonably high stock losses in places.

"It's the highest and the biggest [flood] event I've seen in my career. We've sustained a reasonable level of damage... there's a high volume of slipping, fences gone, tracks gone, and water damage - taking out flood gates and fencing."

Clifford said Awatere Valley, Avon Valley, and Waihopai Valley and farms closer to Nelson all sustained heavy damage, and many living in those valleys were still cut off because of damage to roads and bridges. 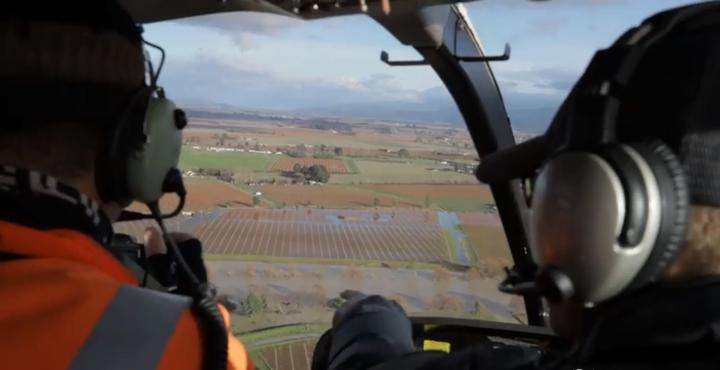 He was concerned the scale of the floods would strain recovery efforts.

"Everyone's really reeling from the damage, no-one really knows what we're up against - it was still raining through the night last night. It's hard to see the work you put in...

"But we're resilient people, we'll make-do where we need to and move forward."

The government has committed $600,000 in emergency relief to affected areas to help deal with the flooding, after Acting Minister for Emergency Management Kris Faafoi, and Agriculture Minister Damien O'Connor flew across the affected areas yesterday.

O'Connor said it was probably the first time since the 1968 Inangahua earthquake that the whole of Westport had been affected so badly by an emergency.

"It's a big hit. There's a lot of damage to houses and homes and that's going to be the big challenge. [But] they've rallied around, they'll get through it."

The initial funding commitment was intended as an on-the-spot cash injection to meet immediate needs, allocated through mayoral funds. And the government was prepared to talk with local authorities about further support, O'Connor said.

"Once the water has gone down, the full assessment can be made. The emergency centres are coping at this point, but the pressure will come on."

"There's damage across Tasman, Marlborough and the West Coast ... but Westport is the one that will take longest to get back up and to full recovery."

O'Connor said damage in Westport was particularly bad because of the number of homes affected.

O'Connor said experts have warned that because of climate change more extreme weather events are expected, but farmers needed to reconsider their own activities, and the government needed public backing to be able to do more to combat it.

"Evidence says we do have a climate that is changing and these events will occur, we have to prepare for them. I think events like this - unfortunately - do support the drive to do something."

O'Connor said his family has farms on the Buller River that had also been affected by the flooding.

"It is a flood-prone area. Of course a lot of the farming in New Zealand has occurred in fertile flats that have been put there by floods and by rivers, so that is a challenge for us, and it's one of the things that councils around the country are having to make a call on where do they draw the line.

"If you're on a flood plain or what was a swamp, then from time to time there will be these events. That's why having a plan B is necessary, which is the challenge of farming, people are dealing with the climate and the realities of the weather every single day.

"It does make life tough at times. Events like this remind farmers everywhere that a couple of days of adverse whether can turn your life around."

O'Connor said mixed farming models and multiple streams of income were the key way to ensure resilience in farming, despite the modern trend toward exclusive dairy farming.

"That specialisation has occurred, and I think some might back off that as we are seeing some farmers do ... depending on where they are. There is a lot of diversification taking place in areas of high fertility, some areas of course don't have those options."

"We have to be at the forefront of this international movements, and the new generation of farmers certainly get that," O'Connor said.

"The vast majority of other farmers understand what's going on, on the ground, and are starting to make the changes. Change is always difficult of course."

Buller District mayor Jamie Cleine said the threat of further extreme weather events because of climate change was a worry.

"There's significant wide-scale damage to parts of town. This is an unprecedented flood, so a lot of work is going into capturing the levels and data and things to help see where things could be defended better or improved on for next time around.

"In the last 10 years we've seen some significant events that have been unheard of in my time, gale force winds, tidal surges, and now flooding."

"It's Buller today - but there'll be plenty of small communities that face similar risks all around New Zealand ... from bigger more significant weather events.