Residents evacuated in flood-hit Buller and Marlborough are returning to their homes as roads slowly re-open today. 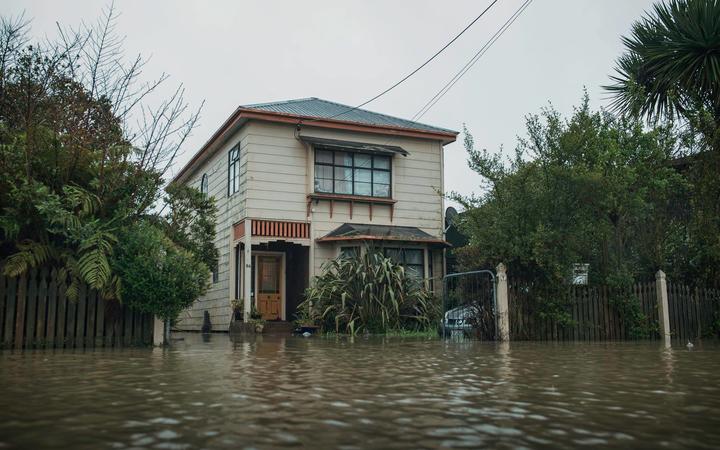 Yesterday parts of the West Coast and top of the South Island had been cut off due to flooding, while states of emergency were declared in Marlborough and Buller districts.

More than 900 people from 500 properties in Marlborough were requested to leave their homes as the region was hit by its largest flood on record.

The Wairau River overflowed its banks at Tuamarina, Renwick and Spring Creek.

Incident controller Richard Coningham said the district council's engineers would use helicopters this morning to assess the damage along rivers and on roads.

People who had been evacuated would be given information by 9am about their return home, he said.

"Then we'll be able to start moving to the recovery phase and work out a plan from there on how we're going to carry out repairs and get people back into their homes," he said. 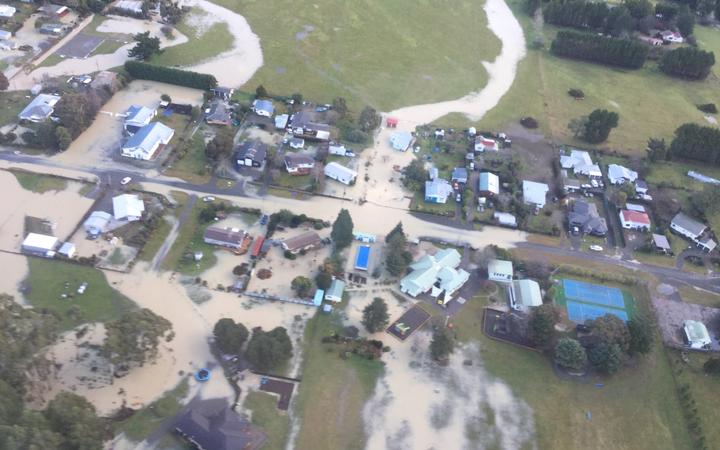 Meanwhile, Buller mayor Jamie Cleine said extensive damage was likely to be revealed throughout the district this morning.

Half of Westport's 4000 residents were told to evacuate their homes yesterday because of the threat from overflowing rivers.

Close to 1000 people spent the night in evacuation centres in the Buller district, and at least 100 homes had been flooded.

"It's a substantial, significant event," he said.

"We hadn't got to accessing the clean-up yet, but it will have been large parts of town that will have had property damage I suspect and certainly in the rural areas farmers are going to need to support around accessing livestock."

Cleine said officials would also focus on making sure the welfare centres had adequate supplies for evacuees who remained there beyond today. 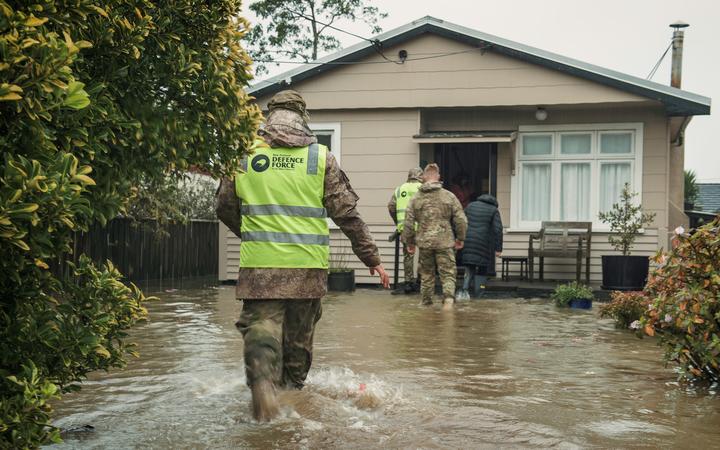 Buller's deputy mayor Sharon Roche said some essentials were starting to run low in Westport and that an Air Force helicopter was expected to deliver supplies today.

She is amazed the stopbank system on the Wairau River held up so well during the rainfall.

She said helicopters would also be used to assess the situation on the ground, but a lot of damage to roads was already evident. Civil Defence released aerial footage of the extent of flooding in Westport this morning.

Water conservation orders have been issued for residents in Buller.

They apply to people in Westport, Carters Beach, Punakaiki and Inangahua.

Residents are being told to keep their showers short, use water sparingly and avoid using washing machines and dishwashers, so the region's sewerage system is not overloaded.

Inangahua residents are being told to only use water for essential uses, because of a fault at the treatment plant.

Road access to Westport is being restored in increments, as nearby rivers, including the Buller River, slowly drop.

Buller Civil Defence said the Orowaiti Bridge had reopened, making it possible for some residents north of the town to travel into the town.

However, State Highway 67 north of the Orowaiti River is still closed from Fairdown to Mokihinui, leaving several coastal settlements cut off.

Westport spent much of yesterday an island because the roads from the south and the east were both closed. However, last night the route south to Greymouth was reopened after a slip was cleared.

The Buller Gorge Road to the east remains closed.

State Highway 1 between Picton and Spring Creek is closed, as well as State Highway 6 between Rai Valley and Renwick.

State Highway 63 along the Wairau River from Renwick to St Arnaud remains closed too.

Waka Kotahi says motorists should check its website before getting behind the wheel.

MetService forecaster Rob Kerr said the West Coast will get some reprieve today.

He said the worst appeared to be over, as the rain band responsible for flooding in the region had moved on, with less rainfall expected today.

"We're pretty much through the worst of it. The main rainband that was slow-moving across the West Coast yesterday cleared out across the North Island yesterday afternoon and evening and has moved off to the east of the country now."

Further rain is expected this week.

We just updated Heavy Rain and Wind Watches around the country. Still the possibility of heavy rain in Buller and northwest Nelson, also the Tararua Range, eastern Bay of Plenty and Gisborne ranges and as western parts of the North Island. Details https://t.co/qHyE5zhh6X ^AB pic.twitter.com/HHtDzPAnM8