Hundreds of people in Marlborough and Westport are spending the night away from home after being forced out by floodwaters, as rain continues to fall across the centre of the country. 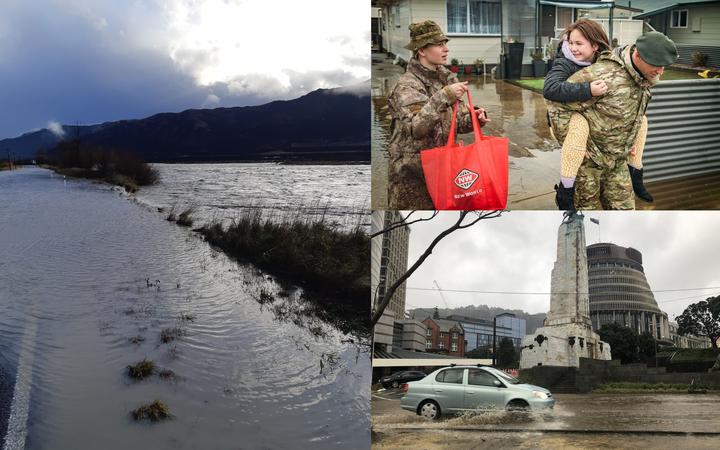 Nelson, Westport, Picton, Murchison, Hanmer Springs and Golden Bay are currently isolated due to the weather.

Buller and Marlborough have declared local states of emergency, as high river levels, flooding, fallen trees and slips close state highways across the top of the South Island.

Eight hundred Westport residents evacuated last night have been told they must remain out of their homes for a second night.

On Mother Nature's menu for Sunday:

⚡ A line of heavy rain and thunderstorms could cross the upper half of the North Island during the afternoon pic.twitter.com/OA7jopd2dG

People being evacuated from Tuamarina township near Blenheim have been asked to find accommodation with family or friends.

The council says evacuees will be allowed to cross the Wairau River bridge on SH1.