The NZ Army brought in five army trucks to help evacuate Westport residents as floodwaters rose last night, with most residents well aware of the significance of the danger they faced. 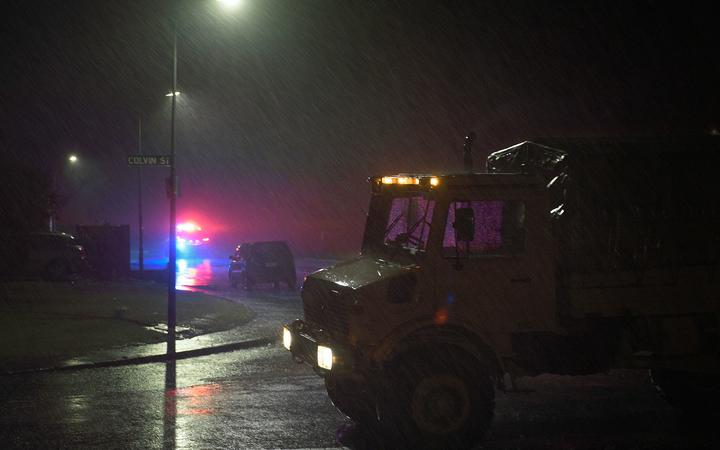 Defence Force staff had a perilous journey, clearing fallen trees from the road and fording the Buller River, before arriving at 9.30pm last night.

They worked until 2.30am this morning, helping about 200 residents who had not been able to evacuate by themselves.

Lieutenant Daniel Lastovicka, who was also involved in the response to the Ashburton floods, said it was great to be able to help out.

"Most people were pretty happy to leave their homes and understood what was going on - that it's a pretty significant flood event.

"There were obviously some people who were a little bit more upset.

All eyes are watching the Buller River, which could flood again when high tide arrives at 4pm, he said.