At least 120 people have died and hundreds more in western Europe are unaccounted for, after some of the worst flooding in decades. 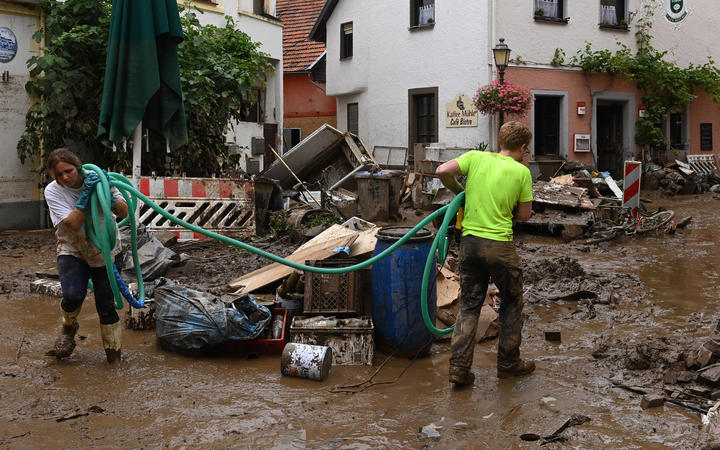 In Germany, where the death toll now stands at more than 100, Chancellor Angela Merkel called for a determined battle against climate change.

At least 20 people have died in Belgium. The Netherlands, Luxembourg and Switzerland are also affected. 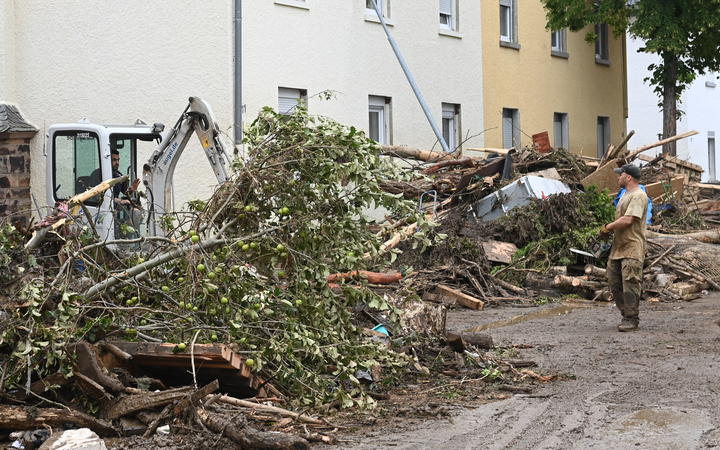 The world has already warmed by about 1.2C since the industrial era began and temperatures will keep rising unless governments around the world make steep cuts to emissions. 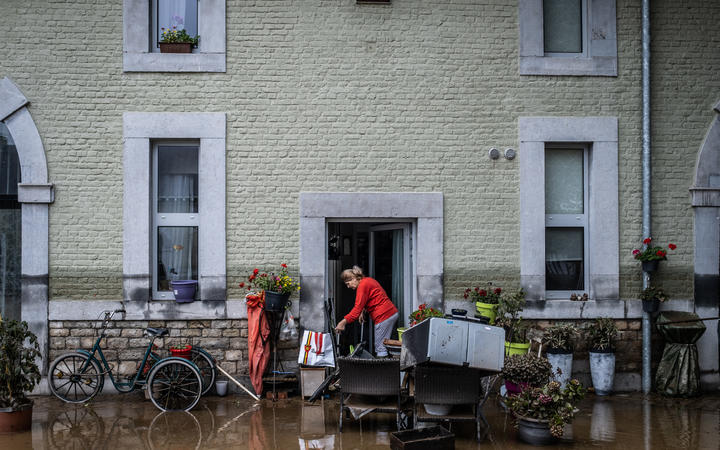 "We are still waiting for the final toll, but this could be the most catastrophic flooding our country has ever seen," he said.

Some 15,000 police, soldiers and emergency service workers have been deployed in Germany to help with the search and rescue.

Entire villages have been destroyed, and officials in the western German district of Ahrweiler say up to 1300 people are unaccounted for.

Gregor Jericho, a resident of Rheinbach in North Rhine-Westphalia, told the BBC: "It's a very sad scene. Streets, bridges and some buildings are destroyed. There's garbage everywhere.

"Parts of buildings are in the road, people are sitting and crying. It's so sad. People have lost their homes, their cars are in fields, flooded. My city looks like a battle has taken place."

In the same town, Ansgar Rehbein told Reuters he saw the river's water level rising so rapidly that he had to immediately get out of his house.

"Once the river started overflowing and the water came down from the hillside, it was a matter of two minutes before the courtyard was flooded with waist-high water," he said.

"We had to get out through the window and uphill in order to save ourselves."

In Belgium, dramatic footage of the floods showed cars being swept away along a street in the city of Verviers. A curfew was in place overnight because of the risk of looting. 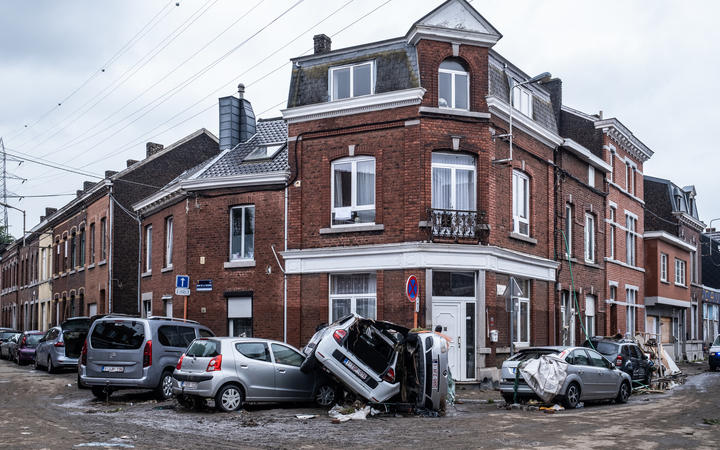 Cars got carried away by floodwater on the streets of Lhonneux in Belgium. Photo: Virginie Nguyen Hoang / Hans Lucas/ AFP

Residents of Liège, Belgium's third-largest urban area after Brussels and Antwerp, were ordered to evacuate on Thursday. Local officials said those unable to leave should move to the upper floors of their buildings.

The Meuse river, which flows through the city, stabilised yesterday morning, with small overflows in some areas.

The Netherlands has reported no casualties but thousands of people in towns and villages along the Meuse river have been urged to leave their houses quickly.

The river running through the Swiss capital Bern burst its banks, flowing at a record rate of 560 cubic metres a second yesterday.

Lake Lucerne is flooding into the town and people in Basel have been told to keep well away from the River Rhine. There is also the risk of mud and rock slides in the Alps as the flood waters run off. 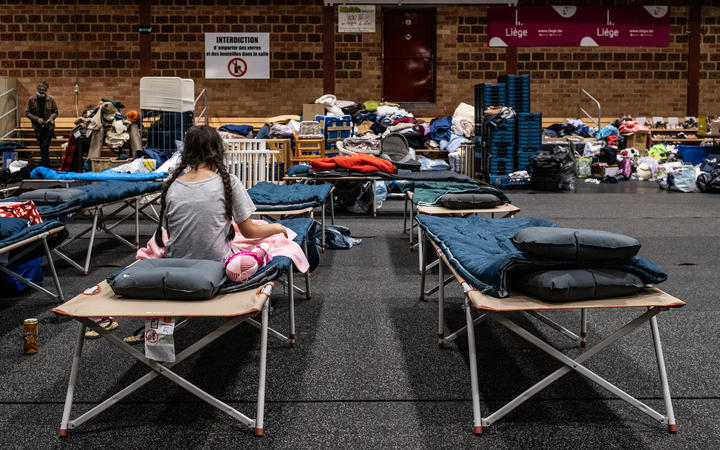 Liege has set up a refuge for flood victims who have lost everything. Photo: Virginie Nguyen Hoang / Hans Lucas/ AFP

How does climate change cause flooding?