Gary Williams' home looks more like a building site than a home evacuated after Canterbury's Okuku River lapped at its doors during severe floods three weeks ago. 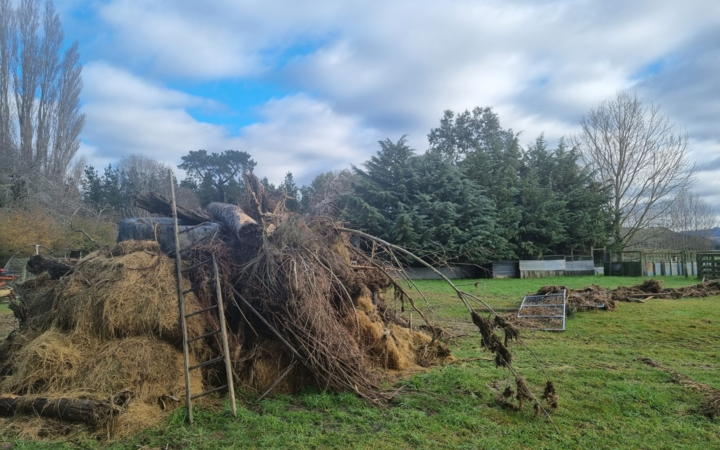 "We only put new carpet in about four years ago. So that's all gone now.

"But it'll go back together. It's a good chance to do the bathroom up."

The furniture, rinsed with floodwater, sits sopping wet in nearby garages. Silted carpets have been stripped, walls hiked up to exposed gib where floodwaters reached the skirting boards.

Three weeks after severe floodwaters carved through the region, the clean up still has no end in sight for some Canterbury residents.

The prime minister yesterday announced another $4 million of relief funding for flood-hit farmers.

But some residents, who are not farmers, cannot access that - even though the land's been wrecked by the event.

And their insurance will not cover all the costs. 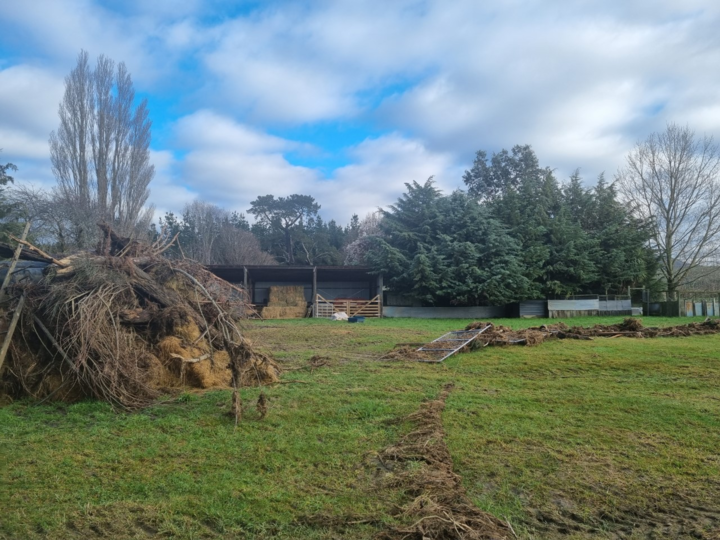 Gary Williams had to rescue his Arapawa goats as the paddocks beneath them flooded. Photo: RNZ / Kim Moodie

Outside Williams' house, 20 pairs of watchful eyes track us schlepping through a muddy paddock littered with debris.

These belong to Williams' rare Arapawa goats, which were rescued as the paddocks beneath them flooded.

"We were wading through water that was at knee height and they swam back to the barn," he said.

"Fortunately, a couple of guys from up the road arrived. So, we were busy carrying and manhandling these 20 goats.

"We were bringing them through the garden and around the back of the house here and all of this was under water."

Once the goats were safe, they evacuated. They have not been able to return home since.

The Williams are staying at a property nearby - and Gary can check on the goats daily - but they are crossing their fingers they can move back home at the end of next month. 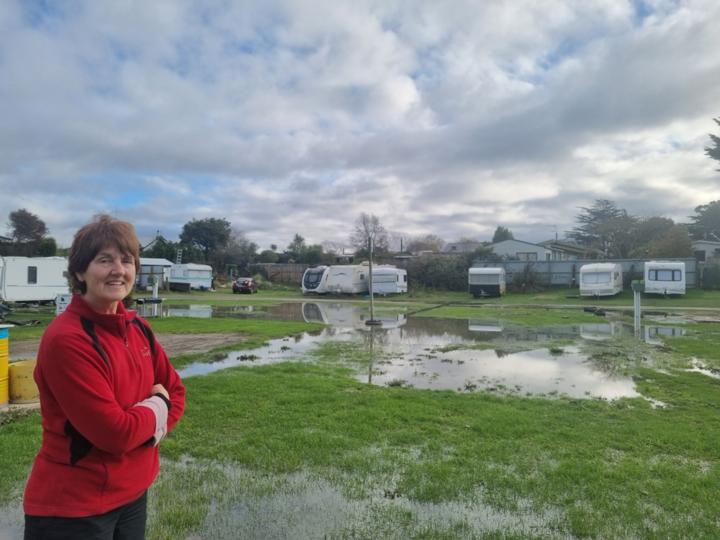 At the nearby Waikuku Beach Holiday Park, traces of the Ashley River are still pooling in sodden ground.

With regular rainfall topping up large puddles that have nowhere to drain, owner Debbie Jefcoate said it is still too soon to see what damage is left.

"Until this dries out to where we can really start to look at what do we need to do and what's practical and what's cost effective to do, there's not much we can do," she said.

After 16 years of running the site with her husband Rex, she watched it swamped in less than an hour.

It's where they made cherished memories with their late son, who was quadriplegic and Debbie said they are not going anywhere.

With part of the camp unaffected and still open for bookings, she said she had been overwhelmed by the support from locals and strangers.

"We've had people that have literally called up and booked, and said, 'We want to support you come out and stay for a couple of nights'.

"And that has a tremendous psychological impact," she said.

"It's worth far more than the bit they pay in camp fees, because it just shows you that, you know, people do care and they will support us and they will come back." 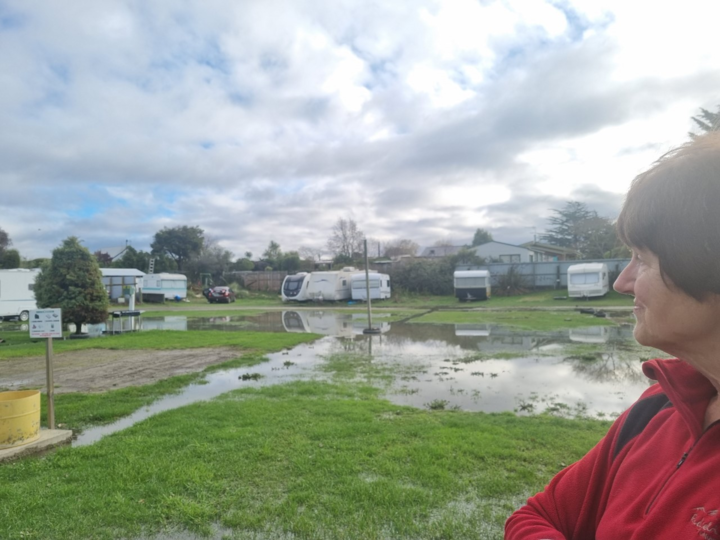 Jefcoate has her fingers crossed for strong summer bookings - and some sunshine to keep the rain at bay.

"We just want people to book campsites and cabins with us in the coming months," she said.

"If we have a good summer season, we'll weather the storm just fine.

"Let's pray for good weather. If you're a praying person, pray," she laughed.

More than 2000 insurance claims have been received since the deluge, the Insurance Council of New Zealand says.

Chief executive Tim Grafton said there is a limit to what can be covered under insurance - and it does not include the land itself.

"Obviously there's large tracks of farmland have been washed away or have a lot of debris on them. That kind of land damage is not insurable."

Grafton said the total number of claims and costs made from the flooding will available next month.