Road workers and many Ashburton residents are spending their long weekend repairing damage from the Canterbury floods. 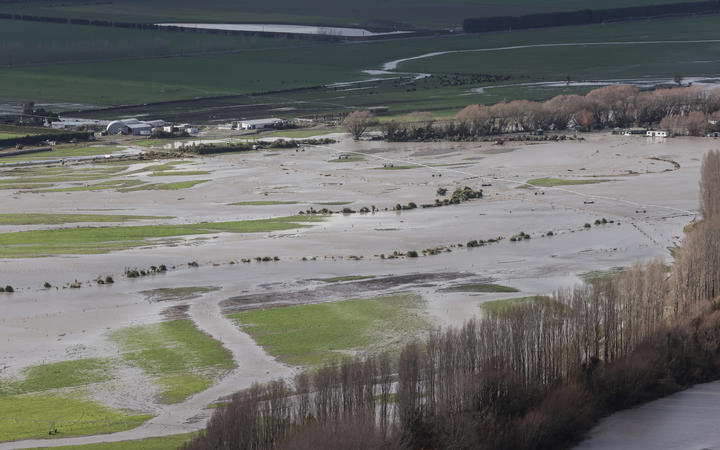 The district, along with Selwyn and Waimakariri, has been in a state of emergency since last weekend when up to 400 millimetres of rain fell in just a few days.

Ashburton Mayor Neil Brown said repair work has been underway since flood waters receded on Tuesday, and it will not be slowing this holiday weekend.

Contract workers are forfeiting their weekend to get roads in the flooded districts open as quickly as possible, he said.

Brown said some rural residents would be cleaning up for weeks, if not months.

He said there are no concerns about extra rain so far.

Chittock wanted to reassure the public that teams were working to clear debris around key pieces of infrastructure including roads and stopbanks.

The state of emergency will be in place until Thursday, he said.

Chris and Anne-Marie Allen own Anna Dale Farm at Ashburton Forks which was severely damaged by the flood. 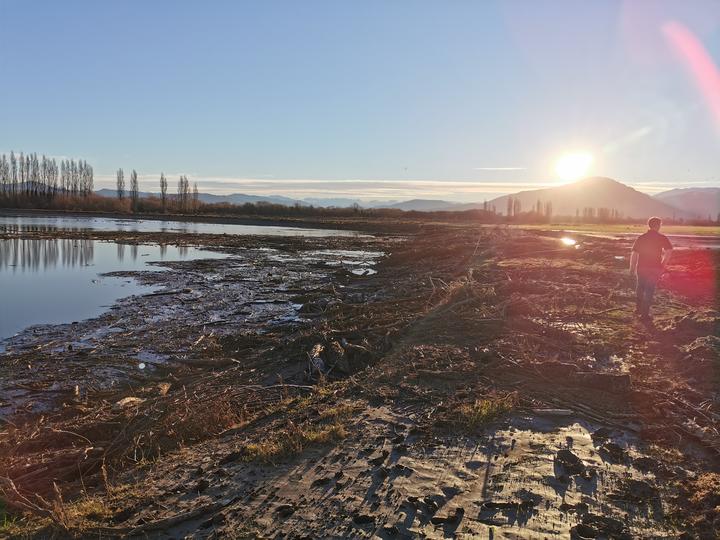 Anne-Marie Allen told Jim Mora that the damage is considerable.

"Our property is 360 hectares and of that 100 hectares has been under water and washed away if you like - every fence, every stock water trough, electric fences."

She said irrigation systems were also damaged when the heavy rain struck.

Ashburton Forks is called that because there are three rivers which come in together and two of them join half way up their property, Allen said.

She got most of the stock off the flooded side of the property, but it was difficult to move everything in such a short period of time.

Allen said volunteers have been helping with the clean-up all week, including Lincoln University students, Lions club members, colleagues and workmates, and today a busload of people from the Christchurch Tramping Club will be helping out.

Allen said some of the silt and rock in places is more than a foot deep, so the fences need to be hauled out of that. It is still too wet and boggy to bring in a tractor to help with repairs.

She said they have had fantastic support with people providing food to feed the volunteers. 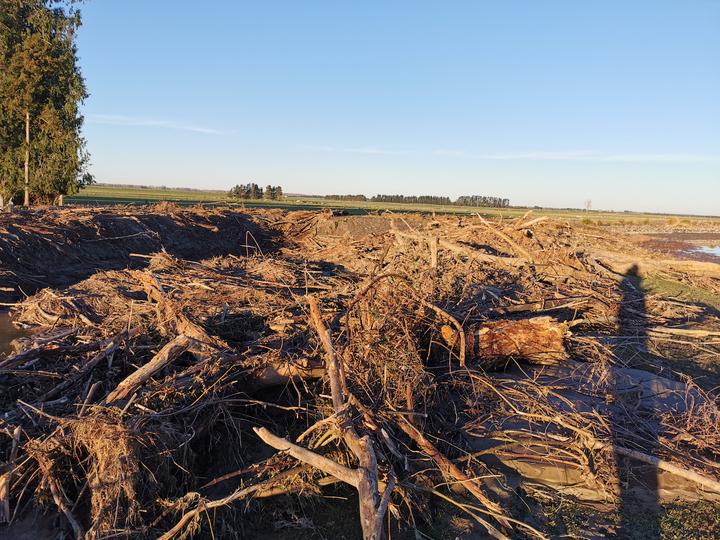 The insurance company AIA is offering its customers affected by the Canterbury floods, seven weeks of relief from paying their premiums.

It says the offer applies to people living or working in the severely affected districts of Kaikōura, Hurunui, Waimakariri, Selwyn, Ashburton, Timaru, Mackenzie and Waimate.

AIA New Zealand chief customer officer Sharron Botica said she hopes it eases some stress, and allows people to focus on the recovery.

Customers will still have full insurance cover, and can make claims during the relief period - which is from Tuesday until the end of July.