There will be rough surfaces on many flood-hit roads in Canterbury and motorists will need to take extra care this weekend, Waka Kotahi says. 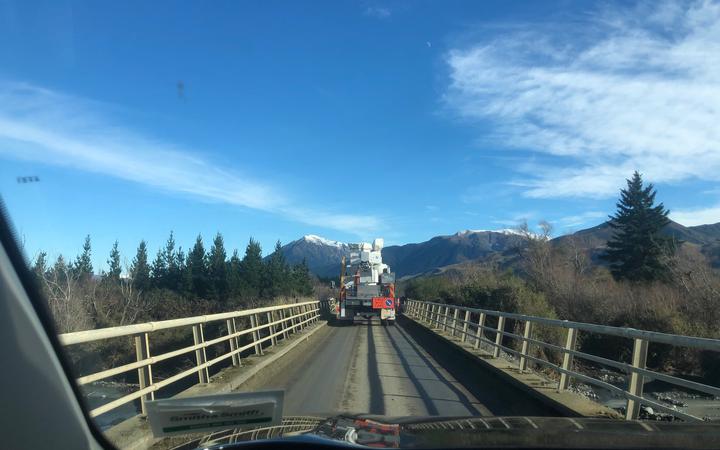 A truck heads south over the Ashburton River on the Arundel-Rakaia Gorge Road in Mid-Canterbury. Photo: RNZ / Ella Stewart

The long weekend is almost here, and many will be making travel plans to get the most out of their extra day off.

But with much of Canterbury ravaged by floodwaters, motorists are being warned to take their time, and expect to encounter some damage.

Highways and local roads will have traffic management and speed restrictions.

Congestion should be expected around the Ashburton bridge on SH1 which has been closed at times this week so that engineers could stress test it and ensure it was safe to use. 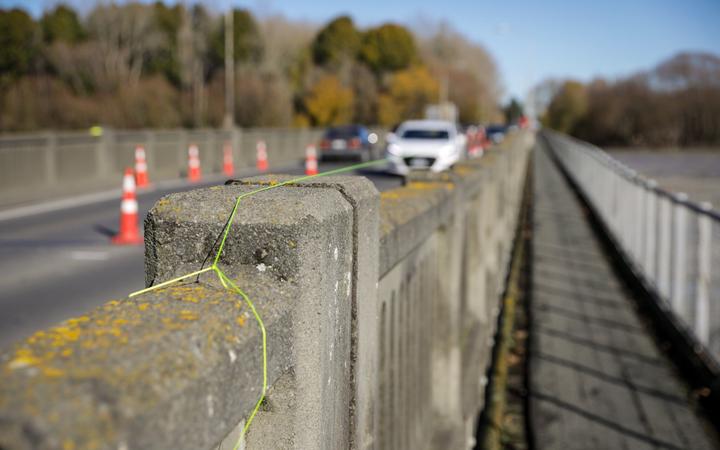 Restrictions are in place over the bridge on SH1 at Ashburton. Photo: RNZ

"There will be evidence of potholes, there will be some damage to shoulders of roads and areas where the surface is quite rough. 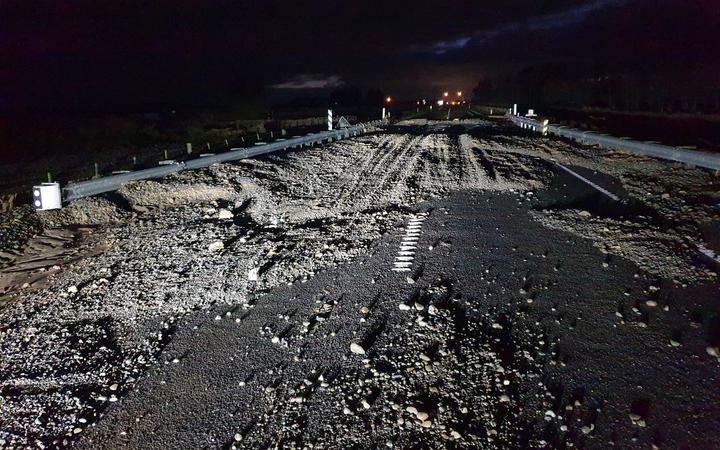 He said the network will be able to cope with any increased traffic flow.

Speed limits will be in force in some areas and some road surfaces will be rougher than usual but "roads are passable and satisfactory for people to use this weekend".

He said throughout the flood-hit region most roads have reopened, locals can move around and he said contractors deserved congratulating for "the fantastic job they had done in the last five days".

More rain on the way

Meanwhile, MetService is forecasting a settled, although cloudy, start to the Queen's Birthday weekend for most of Aotearoa, before a wet weather change in the west on Saturday, and elsewhere into Sunday.

MetService meteorologist Mmathapelo Makgabutlane said while the weather will be favourable as people set off on trips, they may not be so fortunate in the upper North Island by the time they return home as some wet weather is expected.

The South Island will not miss out on more rain either, with a low delivering rain to Westland and Fiordland tomorrow, and spreading up the western South Island throughout the weekend.

Some rain is likely to fall in Canterbury also although it is not expected to be heavy.

"Although there is still uncertainty about where the heaviest rain will fall, the resultant poor driving conditions will be something to factor into plans as travellers make their way home after the long weekend," Makgabutlane said.