Transport Minister Michael Wood has confirmed the government wants to build a new separate bridge for cyclists and walkers alongside the Auckland Harbour Bridge. 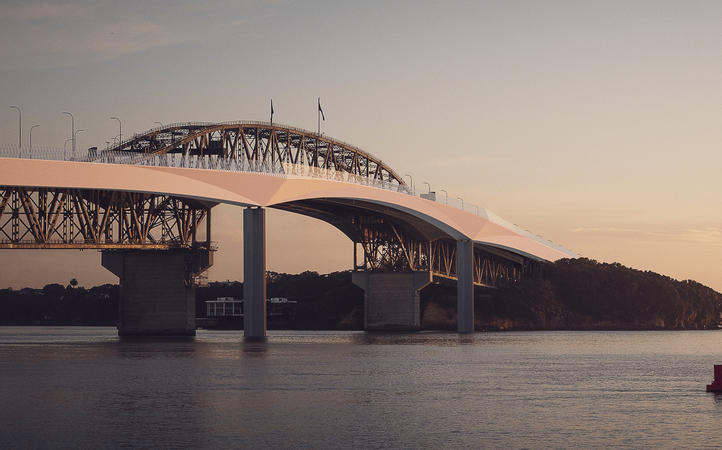 A second crossing has long been discussed in Auckland as the city grows rapidly.

In a statement, Wood said geotechnical investigations and testing had found that adding a structure to the existing bridge is not possible.

The existing piers cannot take the extra weight, he said.

"We need this transport connection to move ahead but it isn't technically possible to attach it to the existing bridge without putting the whole structure at risk.

"A stand-alone structure is the safest option that will not only provide a walking and cycling option for commuters but creates an outstanding piece of tourism infrastructure." 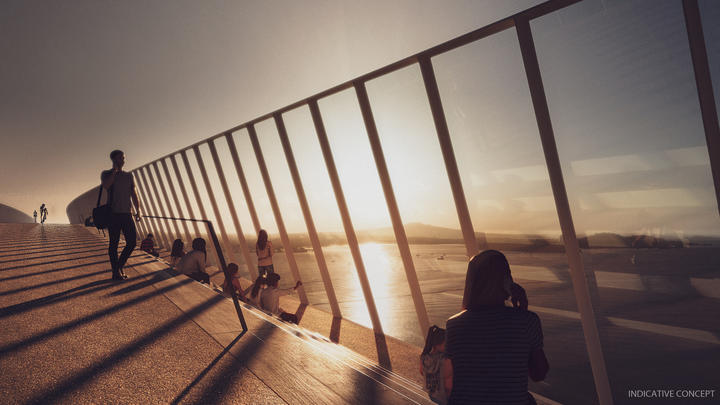 What the Northern Pathway could look like from a user perspective. Photo: Supplied/Waka Kotahi

The announcement comes a week after more than 1000 cyclists forced their way onto the Harbour Bridge closing two northbound lanes.

"The New Zealand Upgrade Programme (NZUP) is supporting our economic recovery, but due to Covid-19 increasing construction costs globally, and the need to further reduce emissions, we're rebalancing the programme to increase investment in rail, public transport and walking and cycling," Wood said. 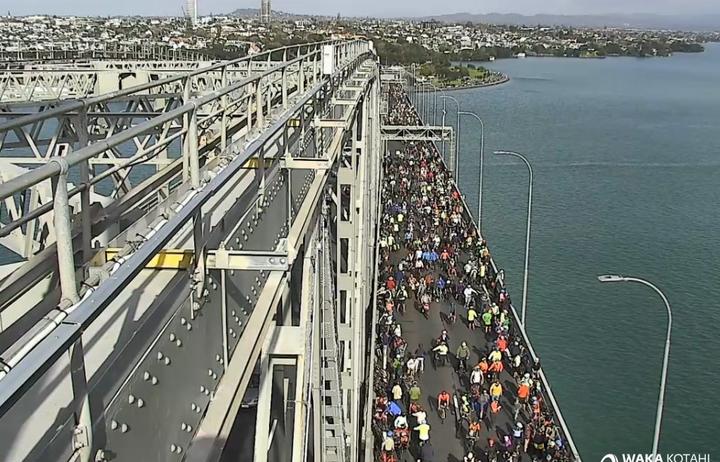 "Northern Pathway is the missing link in Auckland's walking and cycling network and Aucklanders finally will be able to get across the harbour by foot or bike."

In the meantime, Waka Kotahi would continue to work on how to provide safe temporary trials of using lanes on the existing harbour bridge for cyclists and pedestrians, he said.

The transport agency planned to start the process of securing approvals later this year using the Covid-19 Recovery fast-track legislation.

Construction could begin in the middle of next year. Waka Kotahi said it would take somewhere between two and five years to complete, however, Wood told Morning Report it may take as long as "five or six" years.

The government said the stand-alone crossing would cost about $685 million, and another $100 million for the land section.

"It's a missing link in Auckland's cycling network ... and it's part of our broader plan to make sure Aucklanders have good access across the Waitematā Harbour."

At $685m it's "a significant investment" but the Climate Commission's recent report has stressed the importance of providing safe cycle and pedestrian networks.

It should also be seen as part of broader transport infrastructure package that includes roading and rail projects as well, Wood said.

Work is also being done on the next Waitematā harbour crossing and how public transport options can be improved. 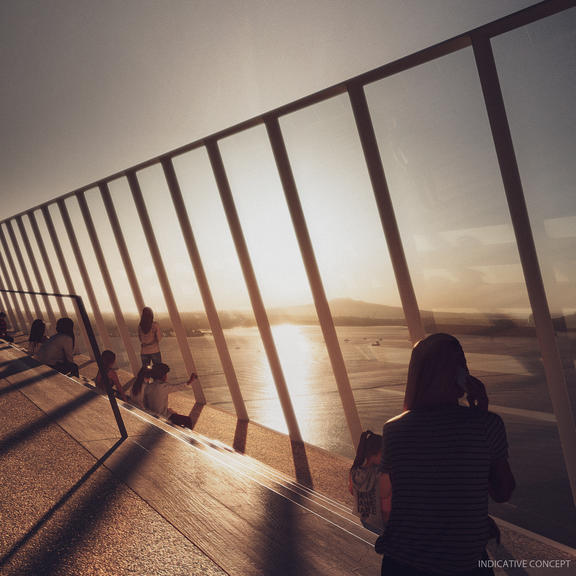 An illustration of what the Northern Pathway could look like for users. Photo: Supplied/Waka Kotahi

Initial work will include improvements to the North Shore busway and services across the harbour in the next few years.

The preferred option for public transport in the long-term is a tunnel, Wood said, so that obviously would not be a suitable option for cyclists and walkers.

If a public transport option had been added to the bridge announced today it would have added $1 billion to the costs.

He has asked Waka Kotahi to look at short-term walking and cycling options for the current Auckland Harbour Bridge - perhaps making one lane available on Sundays, but authorities would need to ensure it would be safe and resilient.

"One of the most important things that we can do to help unclog our congested roads in Auckland and our other major cities and towns is to give people good public transport walking and cycling options."

Initial estimates suggest 5000 walkers and cyclists will use the bridge daily, however, overseas experience shows that they gain popularity very quickly, Wood said.