The country's transport agency has finished a report setting out the business case for another crossing over Auckland's Waitematā Harbour in addition to the bridge, but won't say what conclusions it came to yet. 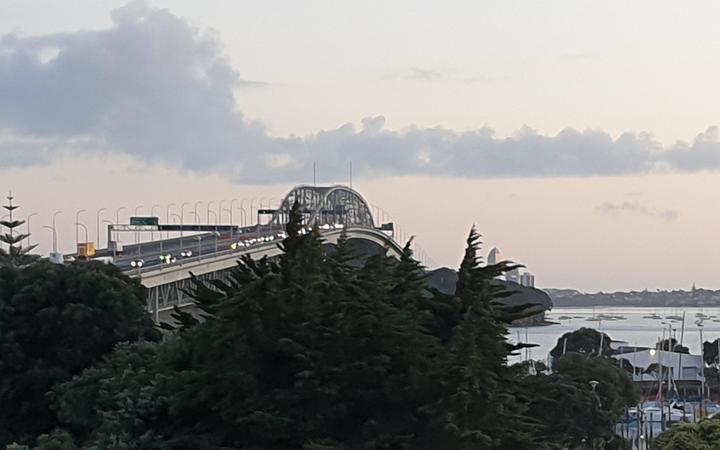 Waka Kotahi said the completed business case has not been published, and Mayor Phil Goff said it'll be circulated to the board of Auckland Transport before the council sees it.

The central city was gridlocked yesterday on the first full weekday since the harbour bridge has been down to four operational lanes.

One man RNZ spoke to said he was two-and-a-half hours into his journey and he wasn't even on the motorway yet. Another said getting to work yesterday took him over two hours. Another said it took nearly an hour for him to move 800 metres.

At a standstill, the thought of a new harbour crossing got a tick of approval.

"Surely - I've just shifted to the North Shore and feel there should be another commute mode," one woman said.

"Of course, 100 percent. We're back in the dark ages when this happens," said another.

The transport agency Waka Kotahi said a tunnel is the most likely option for another harbour crossing, but wouldn't be interviewed or give any more detail.

"Longer-term planning for an Additional Waitematā Harbour Connection has been underway for some time and is ongoing," an NZTA spokesperson said.

"The indicative business case builds on previous work exploring the feasibility of a tunnel crossing, and while this remains the most likely option there is still further planning required to investigate the need, timing, function and form of an additional crossing before a final decision is made.

"This long-term solution will be New Zealand's biggest transport investment costing billions of dollars and will take more than ten years from now until opening."

"If done well, just like the previous Harbour Bridge, it will generate benefits far, far, far in excess of its costs," Glenn said.

"But what that comes down to is a wider, strategic discussion about how this project fits into Auckland's future. How many jobs, how many homes can we link up with this project?"

He said vehicle numbers on the harbour bridge have plateaued in the last 10 years at about 170,000 a day, which he said shows it's at capacity and people are now avoiding it.

"It's a productivity impediment, and it's an impediment to people going out and meeting their friends and family. So there's definitely demand for a new crossing, and definitely a resilience benefit."

Matt Lowrie from the Greater Auckland group said, with a huge price tag, a new crossing shouldn't just fill up with cars again and run in to the same problems down the track.

"What we do know is needed and what comes out as the best performing option is to build a dedicated crossing for public transport across the harbour. That gives people a real alternative to sitting in that traffic," Lowrie said.

"That's what performs the best in terms of congestion, travel times, and overall outcomes."