Engineers are assessing the damage and working on a temporary solution to reopen some centre lanes of the Auckland Harbour Bridge after a truck toppled by high winds hit a key structure. 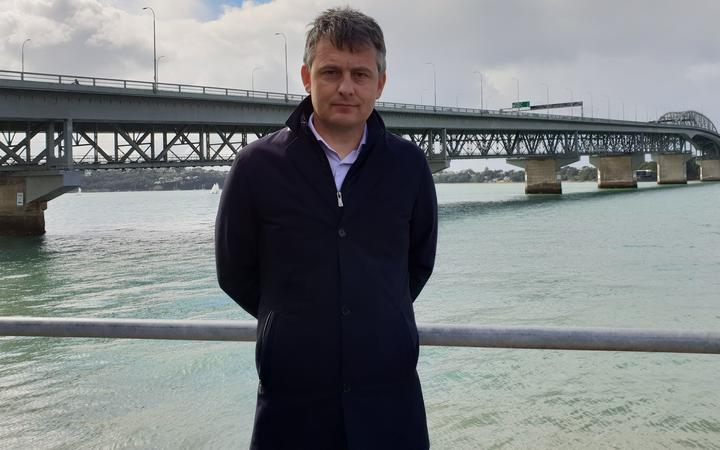 Some bridge lanes may be able to re-open for light vehicles only, NZTA's Brett Gliddon says. Photo: RNZ / Liu Chen

Only the clip-on lanes on both sides of the bridge are currently open to traffic after the incident on Friday.

General manager transport services at the Transport Agency, Brett Gliddon, said one of the centre struts was damaged and it could take more than a month to replace it. 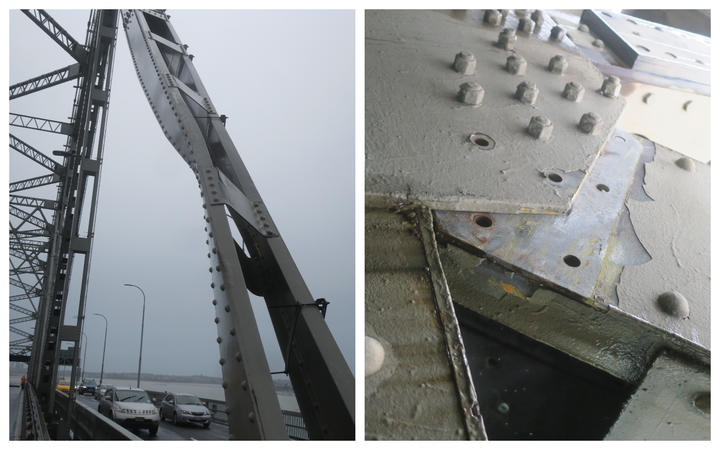 The damage to the bridge. Photo: Supplied / NZTA

Meanwhile as a temporary measure, engineers have been looking at using additional steel to get some load back to the damaged strut, and this process could take up to a week, according to Gliddon.

"If we're able to do that, we may be able to reopen some of the lanes in the centre span for light vehicles only. However, we've got no guarantee of that until our engineers complete their work."

Gliddon said the clip-ons are not connected to the main structure, which meant they can be used without concern.

He said Auckland Transport is working over the weekend to ensure there's enough capacity for commuters but people are being asked to consider working from home or using public transport instead of travelling over the bridge.

"If they do need to travel by vehicle, we're encouraging them to use the Western Ring Route which is being designed exactly for this purpose as spare capacity across our network," he said.

"With half of the capacity out of the bridge, the rest of the network will see some congestion so people are going to have to be prepared for that and manage their travel accordingly."

Gliddon said it's the first time this has happened. He said while the cost is still unknown, it will be covered by the Transport Agency.

The Transport Agency has said it has no concerns about the overall integrity and safety of the bridge. 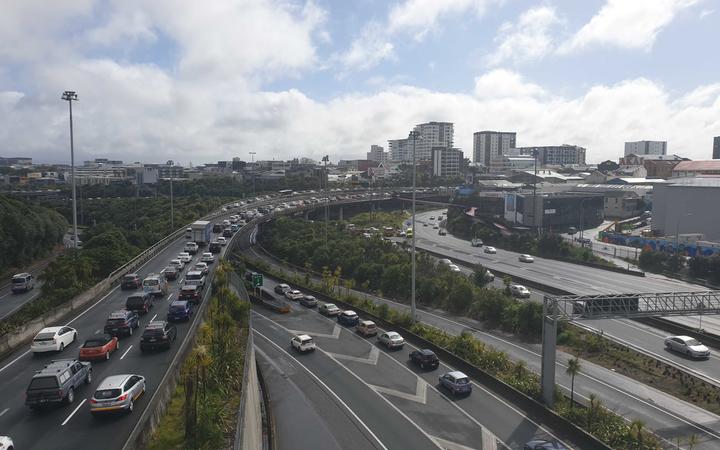 The accident has led to huge delays for motorists. Photo: RNZ / Katie Fitzgerald