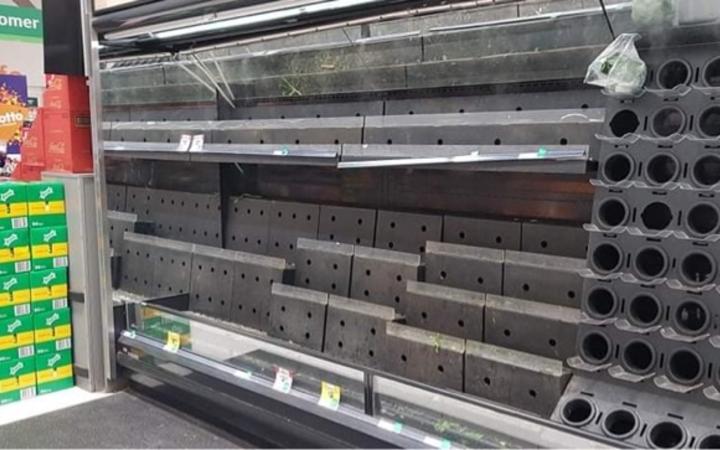 Countdown supermarket in Queenstown has some empty shelves on 1 June, 2021 after flooding cut key routes for delivery of supplies in Canterbury. Photo: Supplied

The Ashburton Bridge on State Highway 1 remains closed for the foreseeable future with all other routes south closed this afternoon.

"Just go to the supermarket and buy what you need and leave some for the other people. We will have a route hopefully up and running by tonight, and those supermarket shelves will be stocked when that opens."

Brown hoped for a bypass via Thompsons Track to be completed tonight.

Customers were already finding empty shelves or limited fresh produce in some supermarkets however, including in Queenstown and Dunedin. 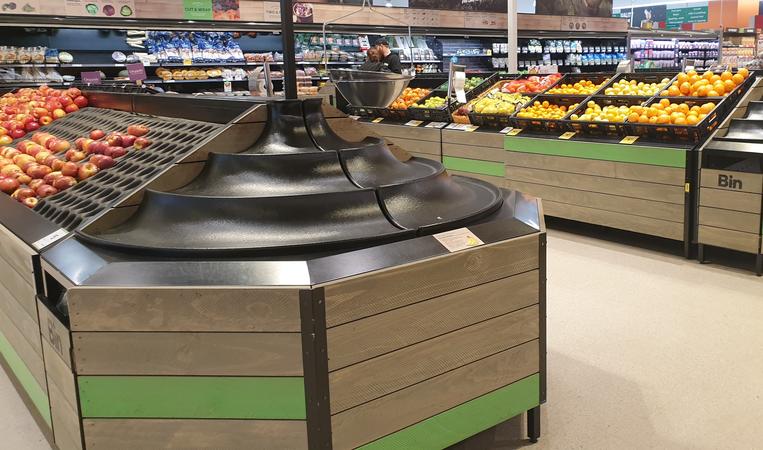 Foodstuffs New Zealand head of corporate affairs Antoinette Laird said deliveries to many stores south of Christchurch were likely be disrupted due to road closures over the next few days.

Work was under way to minimise the impact on customers, she said.

"Where necessary, our logistics teams are finding alternative transport routes for our drivers, however, these do sometimes require significant diversions and will take the delivery trucks longer to get to their destination."

A Countdown spokesperson confirmed almost all of their lower South Island deliveries had been impacted, including to Timaru, Dunedin, Ōāmaru, Mosgiel, Gore, Queenstown and Invercargill.

"This means there will be some gaps on shelves but we're closely watching the roads and we'll get deliveries under way as soon as we can. We're working with our suppliers, transport partners and our stores to help minimise any impact to customers but certainly there are some challenges out there today," the spokesperson said.

"We're thinking of everyone impacted by the flooding and hoping for some good weather over the coming days."