While rivers are receding in Canterbury, residents are being warned the risk is not over and some are still on standby to evacuate should the situation change. 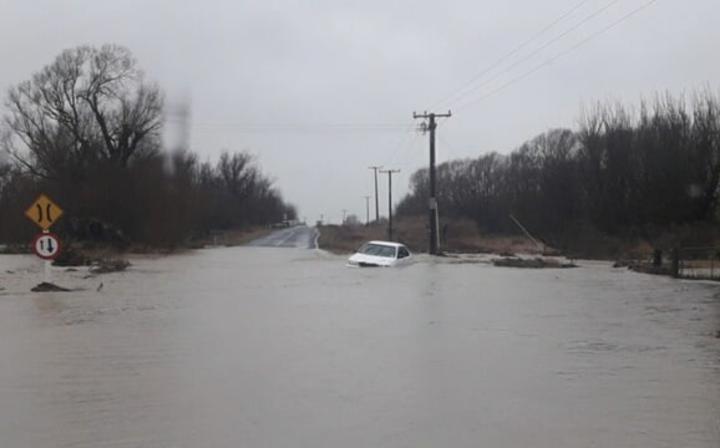 Heavy rain has soaked the region since Saturday, damaging roads and bridges and flooding homes and farms.

About 300 people have been forced to evacuate their homes in Waimakariri and Timaru, while thousands of people in Ashburton remain on standby, having been told to have a bag packed in case they need to leave.

Timaru District Council Civil Defence issued an emergency alert to residents in the Coopers Creek catchment north of the Orari River today, urging them to evacuate the area, and this evening said that directive still stood.

Residents of low-lying areas of The Pines Beach, a small town north of Christchurch, were also urgently advised to evacuate late this morning because a stuck floodgate had raised the risk of flooding.

Meanwhile, residents near the Ashley and Eyre rivers, also north of Christchurch, were able to return to their homes today after fleeing last night.

Niwa said many districts in the region experienced two to three months worth of rain in just two to three days, and Lismore, near Ashburton, received 238mm in the last 2.2 days - the same amount it had received in the previous 187 days.

Here's a look at how Canterbury rainfall compares to the May monthly normal — 200 to 400% of normal!

Lismore, near Ashburton, received 238 mm in the last 2.2 days, the same amount it had received in the previous 187 days. pic.twitter.com/4aKhqoTDvv

Niwa meteorologist Chris Brandolino said Akaroa had received 188mm of rain in the past two days - more than the total rainfall for the entire year so far.

Severe weather forecaster William Nepe said the rain no longer met the criteria for a red warning as it was no longer heavy or widespread.

However, an orange rain warning remains in place for the far north of Canterbury and southern Marlborough.

Rivers in Canterbury will remain swollen for some time, and floodwaters will take time to recede, the weather authority said.

Ashburton River levels drop, but risk is not over yet

While Ashburton River was dropping slowly, it remained full and there was still a risk of flooding, Mayor Neil Brown said.

"Not confident that it won't do it. It could still do it. We're still watching that very, very carefully because the flow is still very high," Brown said.

"It could take a day or two to drop back to the level where we can remove that threat of flooding." 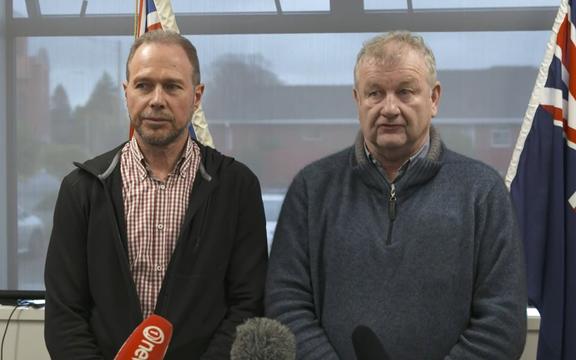 Farmers were among the worst affected, and support was on offer, Brown said.

Bryan Beeston was one of the dairy farmers in that worst-hit area and said the flooding took hold faster than anticipated.

"When we knew there was going to be heavy rain we didn't expect in the first 12 hours to get what we got, because we thought it would be daylight. We'll see how much rain is coming, what's happening, we'll move the cattle," Beeston said.

"And the block where we lost 60 hectares of had grazing for 300 yearlings. All of a sudden, within 12 hours - gone, the whole block gone, and the heifers gone. At the moment we're seeing odd little groups around on neighbouring properties."

The big focus was on finding missing animals, he said.

Beeston had one word to describe the last two days.

Back in Ashburton township, local residents that could still safely stay home were hunkering down.

Rex Bennett had lived in Ashburton for 40 years, and said he had never seen rain like this before.

"This would be the most rain I've ever seen here. So it's been kinda stink."

He had been checking the stopbanks over the last 48 hours and felt safe - for now - but they were still on standby and had to act quickly on Sunday, moving horses and packing their bags so they were ready to go if need be. 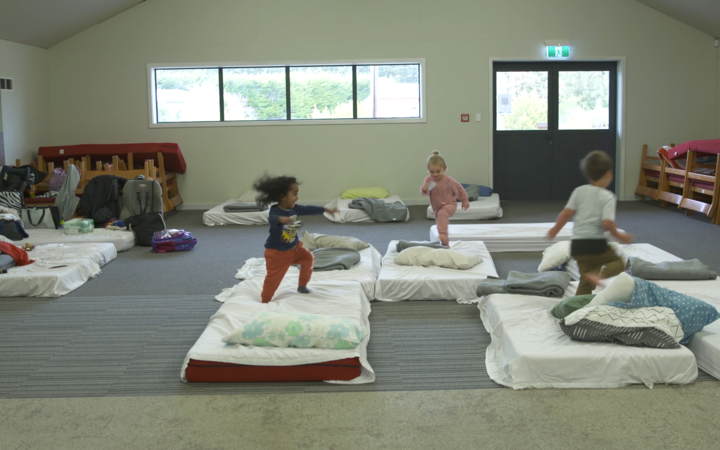 A short drive away, Hakatere Marae was turned into an evacuation centre. Its chair Michelle Bretts said since they opened they had more and more people turning up.

"When I arrived last night there were about 25 and overnight there was probably about 16 or 17 that stayed. And then today we had another group coming through. They were heading south and can't get through the roads, so the main thing at the moment is to just wait and see what happens with our roads and if they open up then people can start heading home."

Margaret Nichol, 17, got stuck whilst driving home from Christchurch to Waimate and was sheltering at the marae until she could get back on the road.

"I was a bit nervous I'd just be sitting in a cold room, but they've welcomed us, kept us fed, kept us warm, being ever so kind. I can't imagine being on my own and not having this place."

The Edwards family from Hinds - which remains completely surrounded by flood waters which have also closed State Highway 1 - was settling in for their second night. 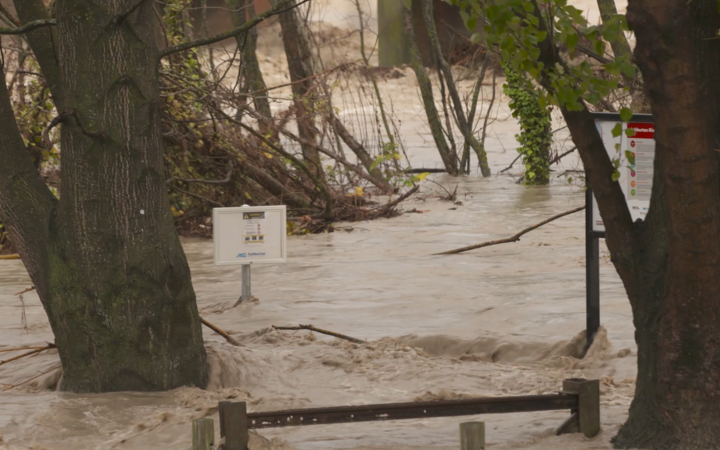 Tamati Edwards, his partner and their three young children had an hour to collect a few of their belongings late yesterday when water started spilling over a stopbank on the Hinds River.

He was grateful space was available at the marae, but nervous about what they might find when finally allowed back in to their house. 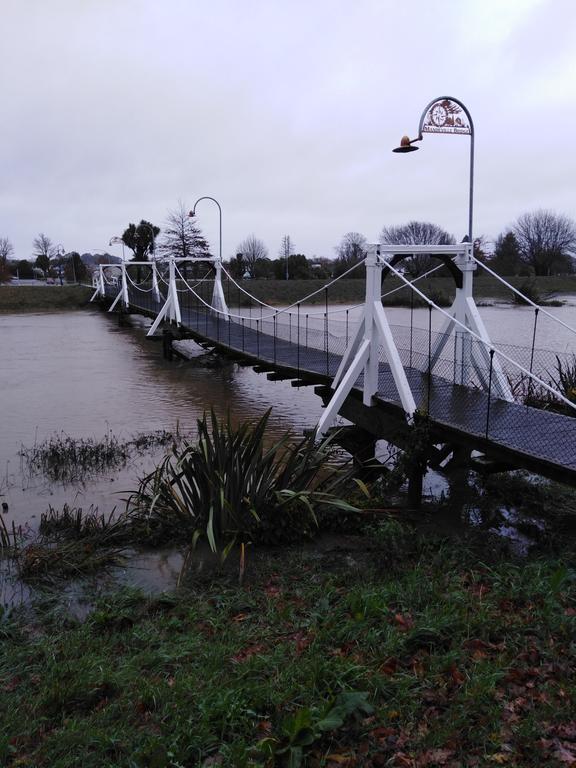 School and work were closed for many Rangiora locals due to road closures, evacuations in some areas and flooding risk.

The centres - at Rangiora Baptist Church and Mandeville Sports Centre - will remain open overnight to the Waimarakiri community, but Gordon said most people had chosen to shelter with family and friends.

He described the flooding as unprecedented and gave residents around the Eyre River the green light to return home.

"It's been really great to see how people are responding and being very aware of their environment and it is really fast-changing information that we are getting through, so great support from ECan giving us information on rivers and we've got a lot of our crew out and about."

Christchurch appeared to have avoided the worst of the rainfall but some streets were closed due to flooding and a small sinkhole has developed in the central city.

Meanwhile parts of Akaroa township were experiencing severe flooding which appeared to be caused by blocked pipes. 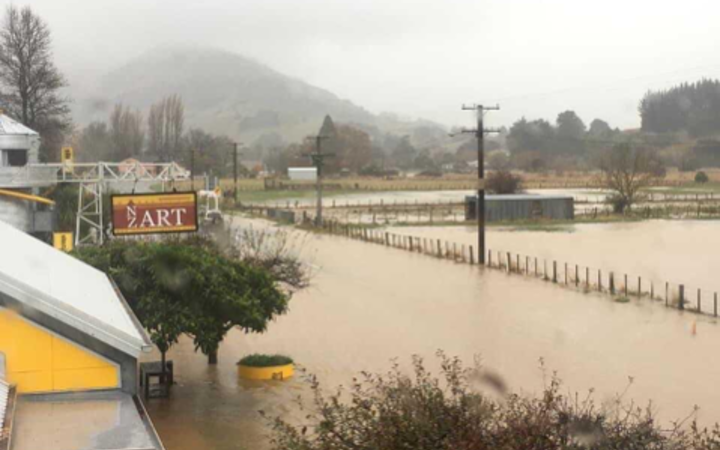 Council staff and contractors were on site, assessing the situation. Residents were asked to conserve water.

Christchurch City Council said high tide was expected between 9.15pm and 9.30pm but was expected to be lower than previous tides.

"We would expect to see surface flooding to continue in areas where this is already happening," it said in a statement.

"We don't expect to see flooding in new areas overnight."

The Student Volunteer Army was preparing to step in to help with the clean-up that will be required across the region, and encouraged anyone who is able to help.

It said crews would not be able to start clearing the road at Dunsandel and at Hinds South of Ashburton until tomorrow.

It said it hoped to have the Arthur's Pass Route to the West Coast partially open by Thursday.

A summary of closed highways in Canterbury as at 5pm:

Many local roads were under water, and Waka Kotahi encouraged residents to check their council's Facebook pages and Emergency Management pages for the latest updates.

Timaru District Council said receding floodwater was likely to have caused major scouring and holes in roads, so people were advised not to travel unless necessary.

"The water might have eroded large holes in the roads and it may also contain debris, such as trees and corrugated iron," the council said.