Late yesterday, Ashburton readied itself in case the unthinkable happened and its main river burst its banks. 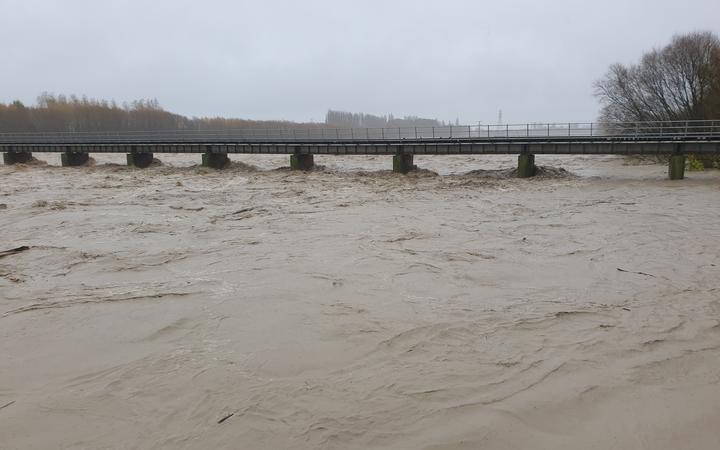 Three army trucks and soldiers from the Burnham Army base rolled in to town to help evacuate people if needed, and the local marae prepared food and brought out the mattresses for those in need of somewhere to sleep.

By mid-afternoon, authorities were saying if an evacuation order did have to be made, it would involve about 4000 residents on either side of the Ashburton River.

Warren Rose and his family were ready to leave in 10 minutes if they needed to from their home just a few hundred metres from the river's north bank.

"We have been keeping an eye on the river. It's the highest I've ever seen it. We're waiting to see if it's going to happen or not but we are prepared."

Warren and a number of his neighbours were keeping a close watch on river levels throughout the day and by late afternoon it had half a metre to go before it was going to clear the stopbank.

The bridge over the river that connected Ashburton to Tinwald attracted hundreds of people, keen to see what their river looked like in flood - a raging brown torrent stretching from back to bank and rising to just a few metres under the bridge.

Among them was Grant Horsburgh.

"I think it's supposed to get higher still. I thought they were actually going to close the road. Somebody said it was going to be closed at 11.30am, but it's still open." 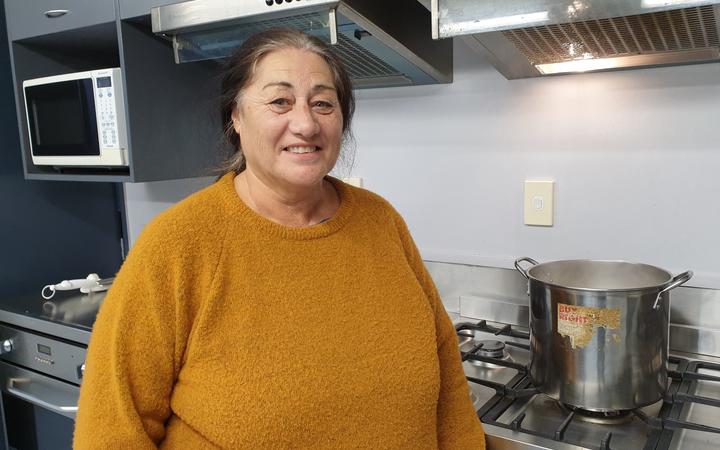 Hakatere Marae co-ordinator Tania Reuben was so busy helping others, she hadn't had time to check her own home Photo: RNZ / Conan Young

Hakatere Marae was busy all day preparing to act as the emergency welfare centre if the evacuation order was made.

Marae co-ordinator Tania Reuben said they had space for 55 people to sleep in and could feed 200.

"We've been getting all the kai ready for people. We've got hot cupper on the go, our dining room is all set and good to go. We've just finished our meeting house. We set that up as sleeping quarters ... we've done a sausage casserole, got some spuds on the go. We're going to get a pudding organised shortly."

The marae was like a well oiled machine having previously been used when the Rangitata River burst its banks 18 months ago.

"We've got a great bunch here and we've got people on standby. Like we have a nurse and we have some social workers if people need it, being displaced and all," Reuben said.

Reuben had been so busy helping others however, that she had not had time to check on her own place.

"I'm actually close to Racecourse Road, which I saw before was really flooded. So I'm going to take off shortly and just go check my home and then I'll come back."