Ashburton farmers say if the government cares about mental health, it needs to provide more money to help ease pressures of the flood recovery.

It has been more than three weeks since floods ripped through the region, causing major devastation.

The impact of the recent flooding in Canterbury could take Ashburton farmers months, if not years, to recover.

While farmers work to save their land, they say the government's grant of $3500, does not even begin to cover their clean-up bills.

Ashburton farmer Chris Allen has at least $300,000 worth of damage over 20ha of his farm, which looks like it had been hit by a tsunami.

As damage continues to be assessed, Prime Minister Jacinda Ardern planned to survey his farm today. 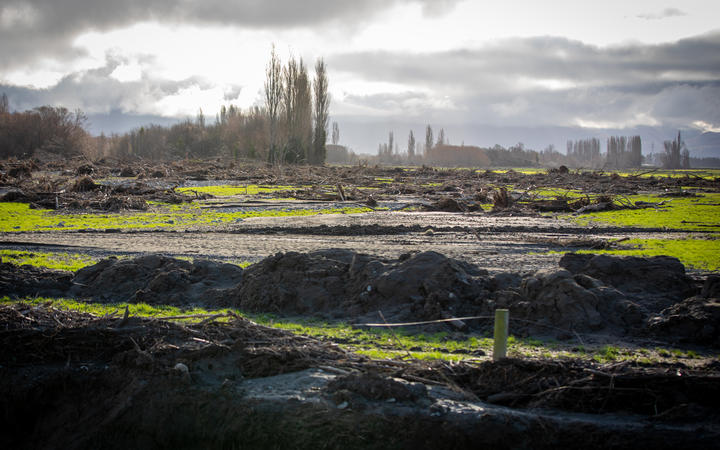 The irrigation pond is the area which has suffered the most damage.

It normally holds 150,000 cubic metres of water but at the moment, it is well below half-full and its perimeter is covered with debris.

"The water has never entered from the river in all the 27 years we've been here. It's taken out 20 fences, it's put gouges in paddocks nearly a metre deep ... it's pretty hard to comprehend," Allen said.

There is pressure to get the irrigation pond ready for use by the end of October - if not, they are in trouble for water supply.

"If it's not filling up water by then, then it's almost a useless irrigation pond, we need it for the upcoming summer. How we actually clear out this pond, that was going to be the hard one. I imagine there'll be nearly half a metre of sediment as well in amongst all that slash, and stumps and willow trees," Allen said. 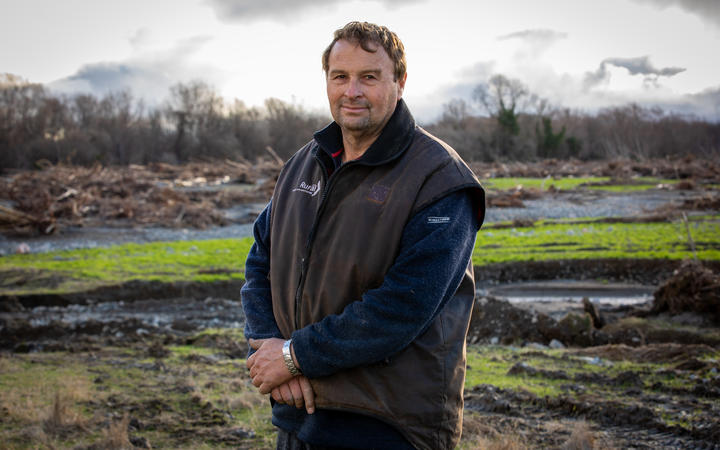 What meant most to farmers right now was seeing boots on the ground and some real progress to help with the clean up, he said.

"We don't want cups of tea and BBQs. We actually need the action on the ground to make sure we get things done. We've got a limited amount of time to make an impact on our farming businesses before we get into lambing, shearing, calving."

About 30-40 farmers in Ashburton have been impacted significantly and dozens more across the district face disruptions to their land due to the recent flooding event.

Ashburton farmers are blaming the mismanagement of the region's rivers which has left behind a tsunami of debris, shingle and sediment - a responsibility which lies with the regional council, Environment Canterbury (ECan).

In a statement, ECan rivers manager Leigh Griffiths said they were confident their flood protection infrastructure did its job, and did not accept allegations of mismanagement.

Griffiths said the $1 million stopbanks at the Ashburton River's sides protected millions of dollars worth of assets, and prevent many homes from flooding.

With assessments underway, temporary fixes are being conducted to flood infrastructure until permanent repairs are possible when the ground dries, Griffiths said.

Mid-Canterbury Federated Farmers president David Clark said river protection was a major priority and there needed to be a discussion about what to do moving forward and that it required the whole of community response.

"What happened here is a more than a flood event is the outcome of not adequately managing the shingle which is coming off the southern alps. That excess shingle has spewed over onto private farm land, he said. 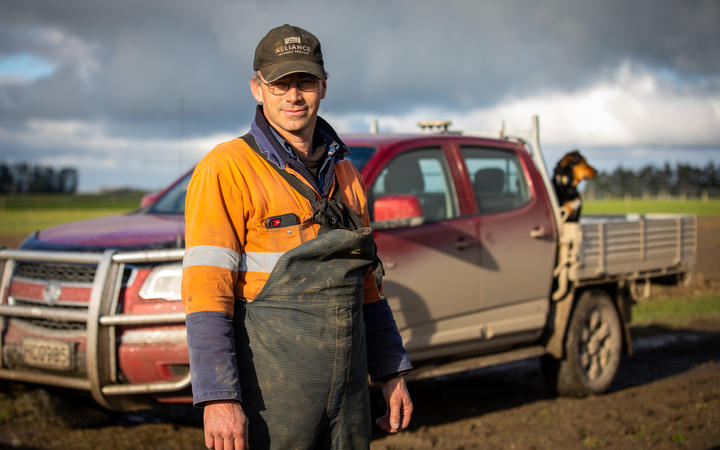