The government has pledged $300,000 to help the sodden Buller district, as 1000 people in Westport are unable to return home. 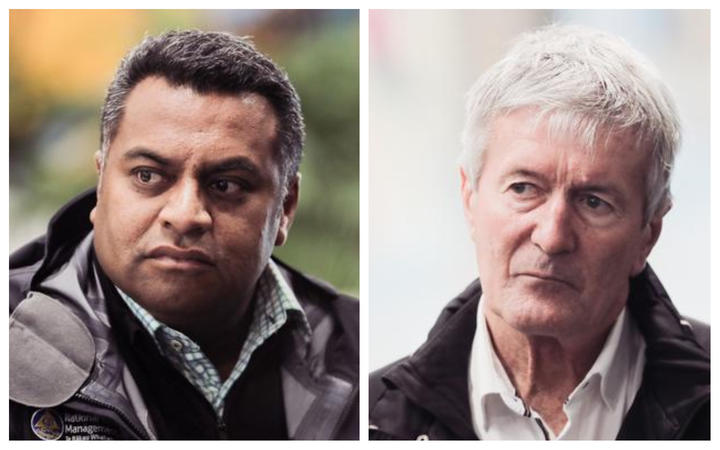 Kris Faafoi and Damien O'Connor have flown over the flood-hit region on the West Coast today. Photo: RNZ / Samuel Rillstone

A further $100,000 will be provided to the Marlborough District, which has also been hit hard by flooding.

Alongside that, the event has been classified a medium-scale adverse event, unlocking another $200,000 for flood-affected farmers and growers across the West Coast and Marlborough regions.

"While it is too early to know the full cost of the damage, we expect it to be significant and this contribution will help communities to start to get back on their feet," Faafoi said.

He said Buller, Marlborough and Tasman had endured a "disruptive and distressing" event.

"This has been a massive effort with multiple agencies working across a range of areas," he said, praising those who were helping on the frontline with the response. 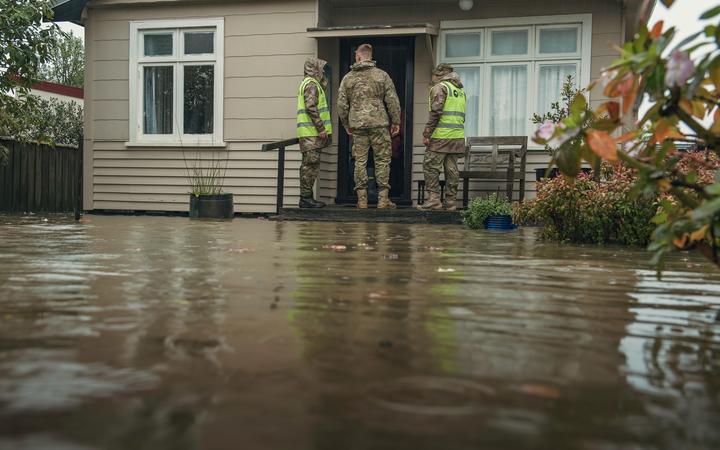 He said in Westport there are still about 1000 people who remain evacuated.

Faafoi acknowledged that a big cleanup and recovery effort lies ahead for communities affected by the flooding and he promised more government help would be on its way. 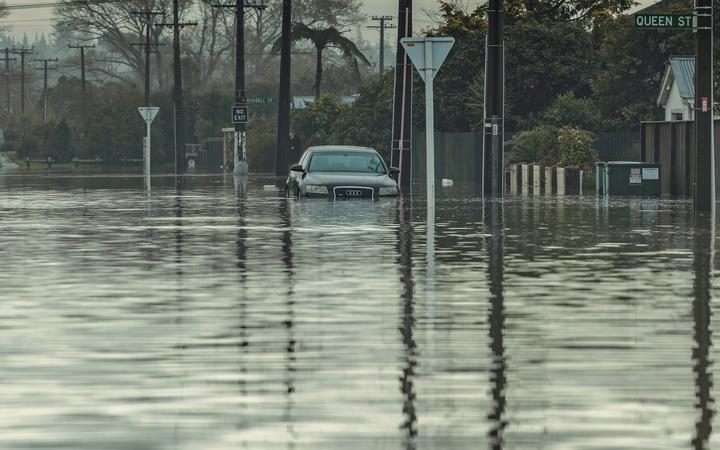 "There's a lot of silt on farm land, a lot of land that has been eroded around the rivers, and there has been stock losses, but the full extent can't be assessed until the rain stops and people have got out on to the ground and had a closer look."

O'Connor said the extra funding will be used to help farmers recover, and includes wellbeing support, specialist technical advice and other flood assistance.

"This weather event has put further pressure on farmers who're entering one of their busiest times of the year - calving and lambing - and we're committed to helping them get through," O'Connor said.

The agriculture minister promised Ministry of Primary Industries would work with industry groups, such as DairyNZ, Beef + Lamb New Zealand, Federated Farmers and NZ Winegrowers, to determine how the funds could be best used.

"Support is available for farmers who are short of livestock feed, or who have had baleage and fodder crops damaged by floodwaters," O'Connor said.

Meanwhile, the Westport News reports that those still evacuated from their own homes, are staying with friends and family or in evacuation centres.

Flood damage means some may not be able to return home for months. Finding elsewhere to live will be difficult because Buller is desperately short of rental accommodation.

Faafoi said it would take a few days to assess how many homes were uninhabitable, but he acknowledged accommodation and welfare would be an ongoing challenge.

"Clearly those people are going to have immediate needs for personal items and what-have-you."

However, a number of people were spending another night at a welfare centre. The centres were short of few beds and some people had only chairs to sleep in, Cleine said.

"But they're safe and that was the overall objective when we kicked off this operation, was to make sure we didn't lose any lives."

O'Connor said about 1000 stock might have drowned, including 700 on one Buller farm.

A number of farms, including his brother Bede's, are beside the Buller River.

"I believe, in one particular case, animals were moved to historically safe places but unfortunately the river came up a lot higher and forced those animals to panic and go into the river."

"Based on the advice I have received from Ministry for Primary Industries (MPI) staff, the scale of impact is beyond the communities' ability to cope."

South Island highways are gradually reopening as contractors work overtime to clean up after the weekend's flooding.

State Highway 1 between Picton and Blenem was reopened earlier today.

However, the South Island roads that are expected to remain closed overnight include State Highway 6 through the Lower and Upper Buller Gorge and State Highway 63 from Renwick to Tophouse Road.

Waka Kotahi Transport Agency journey manager Tresca Forrester said the routes will be reopened as soon as it is safe to do so.