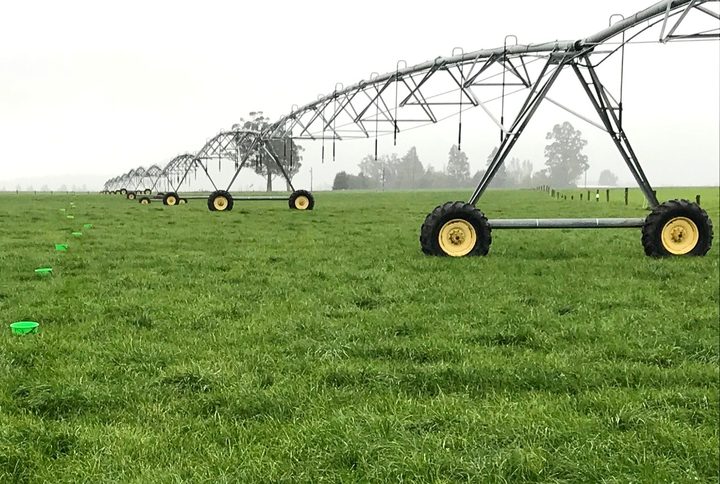 The report, written by academics from a number of countries, was published in Science Magazine in the US. It found efficiency did not free up more water for elsewhere, but only encouraged farmers to use more of it themselves.

This cited research in several countries including India, Morocco and the US.

But Irrigation NZ chief executive Andrew Curtis said New Zealand's experience was different, and efficiency made the environment better off in this country.

"In New Zealand, irrigation efficiency is being used for reducing nutrient losses.

"If you don't over-irrigate, you don't flush the nutrients down through the root zone.

"So only applying water when you need it is really good."

The report said this was a critical issue since crop irrigation used 70 percent of water extraction worldwide, so governments were forever trying to get more value from each drop.

But the report found water saved at a farm typically did not reduce water consumption across a wide region. Increased efficiency pushed farmers to more water-intensive crops.

Therefore, such water did not necessarily make its way to other users, such as city dwellers.

The authors wanted robust monitoring of irrigation, and a cap on the amount of water extracted from the ground.

The New Zealand government withdrew public funding from most large irrigation schemes in April. It made an exception for some well-advanced public projects and allowed the private sector to develop schemes if commercial backers could be found.

The report called for a cap on the amount of water that could be extracted from underground, even after efficiency measures had been implemented.

Mr Curtis said limits were already placed on New Zealand users via conditions imposed by councils on their resource consents, which many other countries did not.

He added some studies showed water use fell after efficiency schemes were introduced in New Zealand. A switch from traditional border dyke irrigation to spray irrigation saved water use by 20 percent, he said.