Someone Will Be There For You by Lontalius 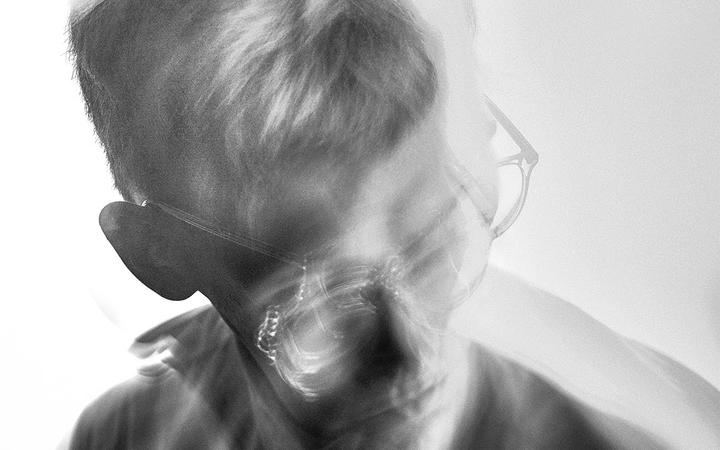 I sometimes wonder how much the circumstances surrounding an album’s creation are reflected in the finished product. Can you make a happy song if you’re in a bad mood? Probably. But sometimes you hear an album that just sounds easy, like it toppled out of its creator with a minimum of angst.

Eddie Johnston, who makes music as Lontalius, has just released his third album under that name, Someone Will Be There For You. His second, All I Have, was the result of a trip to LA to work with some big name producers, and meshed together his love of electronics with his love of live bands. But this one, self-produced by Johnston and featuring members of his live band, is characterised by acoustic guitars, and of course his delicate vocals.

The stripped back sonic palate means that when a piano note sings out, or a wistful synth, or bottomless guitar effect, you really notice it. And Johnston excels at studio wizardry - see his electronic project Race Banyon for proof of that. On the track 'Faint' he gets maximum impact from adding just two synth notes.

That song features the lyric “I’ll find a record now/ to make sense of it all somehow”. I imagine Johnston is a fan of music that’s a balm for the broken hearted. And intentionally or not, that’s exactly what he makes.

In 2014, when Johnston would have been around seventeen, he gave an interview to the NYC-based website The Fader, after gaining acclaim for his Soundcloud covers of popular hip hop and RnB tracks - all of which ended up infused with Lontalius-type melancholy. He was quoted as saying “I just love that 3AM, kind of sad, kind of happy sort of feeling”.

It’s easy to hear that feeling throughout this album, like on the bittersweet 'Don’t You Think I Do Enough'. The completion of that lyric is “Don’t you think I do enough for love”, and the song seems to be a sort of world-weary breakup ballad. But under that refrain the music is uplifting, even a bit defiant.

On 'Carousel', he sings “Everybody’s left with someone else”, and I imagine a scenario involving him and another person being the last ones left at a party. Whether or not that’s the case, the tingling rush of emotion in the music is universal.

Johnston is obviously a heart-on-sleeve kind of guy, and talking about the album he’s been as transparent as you’d expect. He said he wanted to act on instinct, and bring things back to basics. That spontaneity has resulted in his best collection of songs to date, that will prick your emotions on first listen, and reveal their sophisticated sonics later.

'Carousel' has the line “I can promise the darkness”, and that’s certainly true, but there’s plenty of light here too. In fact the very next track is called 'This Light Is Hard To See', and it might be the most warm and generous thing Johnston has written.

Lontalius is an expert at evoking melancholy, but this album shows him broadening his scope, while making it seem effortless. In the end Someone Will Be There For You is as reassuring as its title. 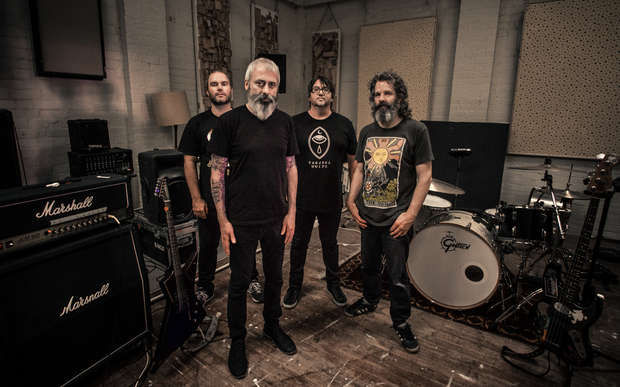 In 2011, Wellington metal band Beastwars released their debut, self titled album, and before I’d heard a single note, I was taken with the cover art. Painted by local fantasy artist Nick Keller, it shows some sort of tentacled behemoth emerging from the rift in a stormy purple sky. There are pyramids, and one of them is floating.

The album has just been reissued for its tenth anniversary, and revisiting it, I found it’s best approached through that fantastical prism.

There's a track called 'Lake of Fire', and one called 'Red God', and while it’s tempting to think these are allusions to Christian hell - this is heavy metal after all -  that artwork makes me think that the members of Beastwars, like me, grew up with a certain type of fiction. The kind adorned with Frank Frazetta illustrations, or with names like Fighting Fantasy.

The band also namedrops Cthulhu - the nightmarish cosmic entity created by H.P. Lovecraft - making it clear these tracks are to be taken in that fun, fantastical type of spirit.

Regardless, this is all just window dressing. This is a band that lives or dies based on the strength of its riffs, and the album opens on a showstopper in 'Damn the Sky'. Beastwars makes what’s known as ‘sludge metal’, and I think the chugging, distorted verses in that track speak for themselves in defining the term.

Clayton Anderson’s multilayered guitars make up a lot of the wall of noise, but the building blocks are Nathan Hickey’s rock solid drumming, and James Woods' bass, which reveals itself as heavily processed, variable, and filling up a big part of the frequency spectrum.

Hickey has said the three of them were drawn to the kind of riff-heavy rock music made by ‘90s American outfit Kyuss, but when vocalist Matt Hyde joined, his scorched earth vocals pushed them into heavier terrain.

Hyde’s voice often sounds like he’s been gargling gravel, but he moves through different levels of intensity throughout the album, and I think his fondness for long, drawn out syllables is what connected Beastwars with a broader audience. The more I listen, the more I think a mellower version of this album would reveal some classic melodies behind all the fire and brimstone.

NZers have a history of enjoying metal, from early Shihad to Alien Weaponry, and Beastwars distinguished themselves straight out of the gate with Matt Hyde’s industrial howl, a predilection for horror fantasy fiction, and of course, impeccable riffs. Listening back to their debut after ten years though, what’s most impressive is how, aside from getting the details right, they remembered to fill the album with great, well written songs.

What Is Going On? By Hannah Jadagu 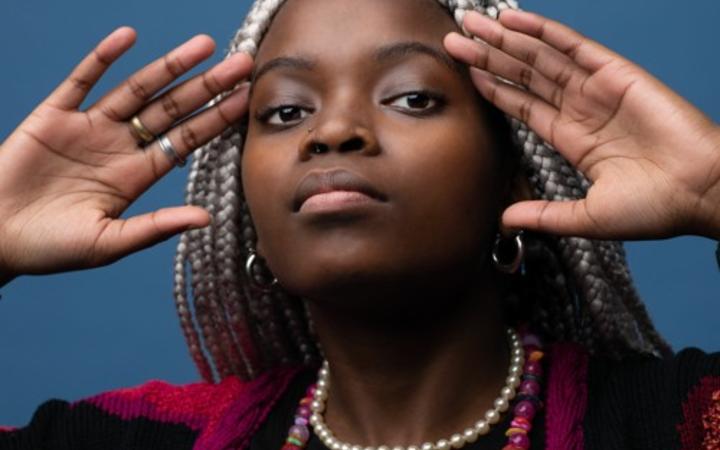 For a long time, I’ve been a fan of home recordings. Some of my favourite albums are lo-fi efforts, recorded to four-track tape machines when they were the cornerstone of domestic studios. But times have changed of course, and I admit to being shocked upon learning that the debut EP by New York singer-songwriter Hannah Jadagu was entirely recorded and produced on her iPhone.

Jadagu is eighteen years old, and moved to NYC from Texas. She was signed to Sub Pop Records after they discovered her on Soundcloud, and the result is her EP What Is Going On? It’s a collection of breezy, jangly pop, that only betrays its modest recording setup if you listen really closely. More than anything, it feels to me like someone following her impulses, who’s not too concerned with any external influences.

In her Sub Pop bio, Jadagu does list a long series of influences, including French indie-poppers Phoenix, and RnB futurist Frank Ocean. They all make sense, but this EP is definitely the sound of a fresh, distinctive voice, and I’m guessing that’s what Sub Pop heard too.

It’s so light and effortless that it’s easy to miss the subtext, but she’s been open about that too. There are songs dealing with young people’s mental health, written while exhausted from High School assignments. But underpinning everything is Jadagu’s experience as a Black woman in America. Opening track Bones, she says, deals with “the lack of care there is for Black women in general”. It’s gorgeous and ethereal, and once you know its meaning, quite haunting.

The title of the EP, What Is Going On? Is obviously very close to Marvin Gaye’s What’s Going On, another record about race in America. It’s tempting to think that’s intentional on Jadagu’s part, but she says the title song is “an attempt at an anthem for teenage love”. It’s delivered in a thoroughly charming, humble sort of way.

If you played me that song and told me it was a local musician, I’d believe it. I think that’s part of Hannah Jadagu’s appeal; a sort of guileless approach to songcraft that’s not bound to a time or place. This is the sort of first effort that has me excited to see where her career might take her. If she can make something like this on an iPhone, the possibilities are endless.