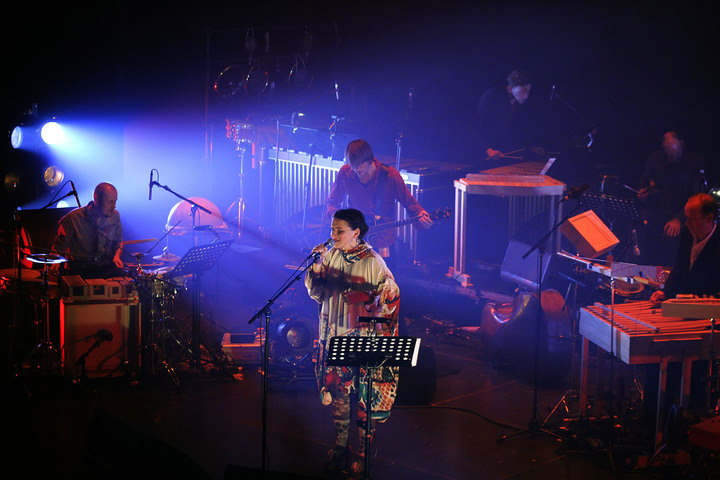 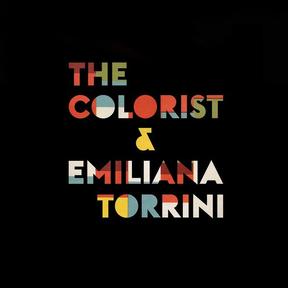 Emilianas Torrini is an Icelandic singer, better known in some parts of the world than others. ‘Jungle Drum’, with its almost-too-cute onomatopoeic chorus, was a number one single for Emiliana Torrini a few years back in Germany, Belgium and her native Iceland. Here she’s not so well-known, though you may have heard her without realising it singing ‘Gollum’s Song’ over the closing credits of the second Lord Of The Rings movie.

I must admit my impression at the time was of a B-grade Bjork. But really, Icelandic origins aside, Bjork and Emiliana are quite different propositions. Where Bjork throws almost-primal vocalisms against her musical surfaces, Emiliana goes for the kind of melodies that just roll over the chords and rhythms like liquid honey.

‘Jungle Drum’, her biggest hit, is one of a dozen or so tunes Torrini has revisited in a collaborative project with a group called The Colourist Orchestra. And I can’t argue with the name. They take Torrini’s back catalogue and throw the whole paintbox at it. On songs like ‘Caterpillar’ and ‘Speed of Dark’, first heard in cosy electro-acoustic arrangements on her 2013 album Tookah, they the electronic strings with live ones, and transfer the programmed drumbeats to a small army of percussionists.

The Colorist Orchestra comes from Belgium; a ten-piece ensemble combining traditional and modified instruments, with a heavy emphasis on percussion, to create fresh settings of existing songs. They have called what they do ‘reverse karaoke’. So while Emiliana sings these songs much as she always has, the musical landscape around her has shifted in some colourful and exotic ways.

Most of the album was recorded live, during a series of concerts in Belgium in late 2015. The only song cut in a studio is also the only one that hasn’t appeared on an Torrini album before, and in a sense it is the truest collaboration of all: a new song co-written by Torrini with Colorist founders Kobe Proesmans and Aarich Jespers. Called ‘When We Dance’, you might even hear it as a metaphor for the mutual trust and respect that makes this warm and imaginative collaboration such a success.

The Colorist and Emiliana Torrini is available on Rough Trade.