Mudlarking: finding treasure by the Thames

Sifting about in the mud on the edge of the River Thames might not be everyone's idea of fun, but Lara Maiklem has been doing it for nearly 20 years.

The author of Mudlarking: Lost and Found on the River Thames, has uncovered countless artefacts of previous lives: Tudor buttons, Georgian clay pipes, Victorian toys and even a medieval child’s shoe. 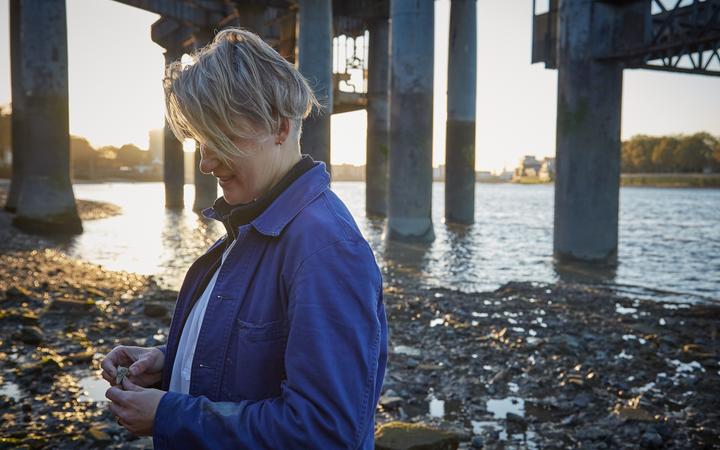 Unbeknown to many people, parts of the Thames are tidal. So at low tide the river bed can be revealed, allowing access to centuries of lost items —  objects deposited over the long history of London that reveal forgotten lives.

The tidal part of the Thames stretches 160km from Teddington to the estuary, Maiklem says.

“I don’t use a metal detector, I don’t dig, and I don’t scrape. I just let the river deliver what it feels like delivering on that tide.

“And every tide it will leave me something different.”

Mudlarking was once far from a recreational activity, she says, the poor of London used to mudlark to eke out a living.

“They were mainly women, children and old people who went down to the river to collect anything they could sell.

“They were looking for rags and bones and bottles and copper nails if they were lucky and tools that had been dropped off the ships.”

They did this work because it was preferable to the workhouse, she says. 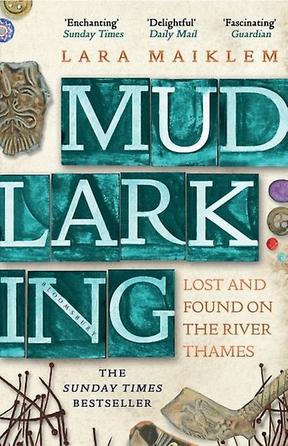 “Which gives you an idea how awful the workhouse were, because at the time the river was a barely moving sewer. They were just wading around in the most awful filth, just to survive.”

The oldest man-made objects you can find in the Thames are pre-historic flints, she says, and there are still Roman objects being uncovered.

“I’ve got bone hair pins, little tiny bone dice, bone counters. I’ve got the hinge from a Roman box also made of bone, but it’s got the original wooden dowel inside.

“I’ve got a complete bronze-age pot that isn’t broken. That’s the beauty of the mud, it really does protect things perfectly and it’s also anaerobic, so oxygen doesn’t get to things, so things like leather and wood and bone are perfectly preserved.”

Her most cherished find is a completely intact child’s shoe.

“It’s the most personal things that I really look for. I’ve got a medieval shoe, and it’s complete and the beauty of that is it’s a child’s shoe. It’s quite small and when you look inside you can see the imprint of the previous owner’s little foot.”

Such finds are like “shaking hands with history”, Maiklem says.

Recently, when she was mudlarking in the Thames estuary, she came upon a human skull.

“It was an incredibly peaceful day and he was just looking back at me from the mud, it was quite peaceful. It was a very strange feeling, I’ve never held a skull in my hands before.”

The skull turned out to be 300 years old and studies are going on to determine whether it belonged to a prisoner awaiting deportation or a French POW from the Napoleonic Wars.

Once the tests are finished he will get a “proper burial”, she says.

The Thames is now in pretty good shape after being declared biologically dead in the 1950s.

“The Thames has been through the ringer. There was the great stink in the 19th century when it was so polluted they had to suspend parliament because it was too smelly to carry on.”

That lead to the first great sewers being built. And much embankment work took place but by the 1950s the river was dead.

“There wasn’t a single living creature between Gravesend and Vauxhall.”

Since then the river has made a remarkable recovery, she says.

“They’ve counted 125 different species of fish, there’s oysters living out in the estuary, there’s even lobsters living out there, people have found salmon in the Thames. It’s apparently one of the cleanest urban rivers in the world.” 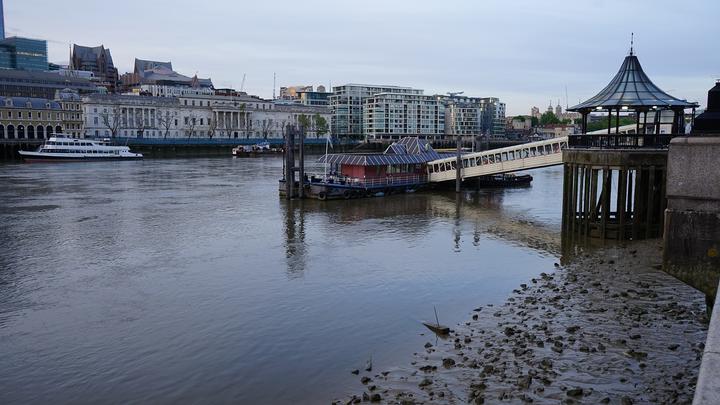