Former All Black Sir John Kirwan is one of the faces of mental health awareness in this country, so it's fitting Sunday Morning talked him on the eve of Mental Health Awareness Week.

JK talks about his daily mental health plan, why the most important thing with mental health is understanding how your mind works, and his new reality series called The Bach That JK Built. 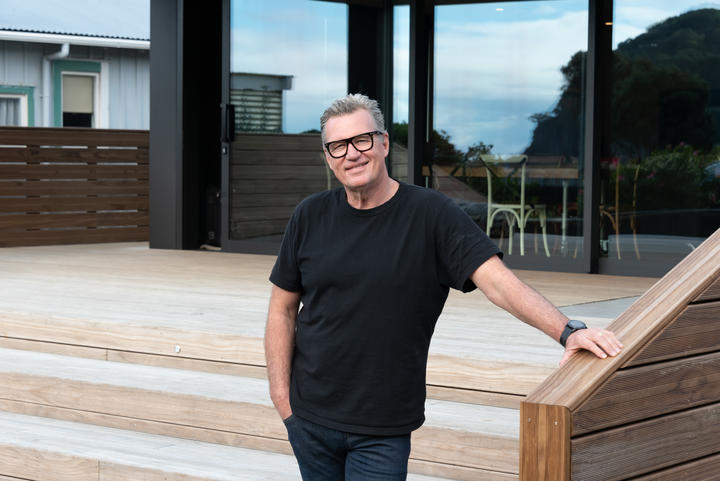 Each person's mind works differently, Kirwan says, and there's a plethora of things that can be done to lift mental health, but it's a matter of finding what works for you and using structures which support that.

"I have a daily mental health plan and I stick to it. If you can meditate, do yoga, something like that, it's really important - I can't.

"I've got a really active mind, I've got a ruminating mind. So for me relaxing is cooking, or reading ... during Covid I took up the guitar —  it sounds like I'm killing a cat, but my mind really settles and relaxes.

"I do simple things during my day, I start with a shower but I concentrate on the hot water, and I stay in the present. I drink my coffee without my telephone, I sip my coffee and I really, really enjoy it. I walk really slowly, and I have things that I look forward to on a daily basis.

"I read before I go to sleep, because when I read I know that I rest a lot better. These are simple things if you put them into your day... but you must make it habitual."

Creating time each day to switch off makes an enormous difference, he says.

"If your computer craps out, what do you do? You know, 99 percent of the time you turn it off and turn it on, and it works, right? And our brains are no different.

"We have all these inputs, we have more inputs in one day today than our grandparents had on a lifetime. So people feel that they've got no time because we're always rushing, we've always got inputs. Our parents went home at 5 o'clock at night, and... nothing followed them... we're doing emails at 11 o'clock at night and 11 o'clock in the morning on a Sunday. And we're doing all sorts of different things.

"And that's okay. I don't think we're going to stop that world. But, now we need to have a really solid mental health plan for ourselves on a daily basis. And those things are fundamental. For me, Covid has been a positive in one sense; we're talking more about our mental health, our anxiety and that sort of stuff."

Kirwan is a cofounder of Mentemia, which offers a free app to pass on tips for including these strategies in people's lives.

"What I've tried to do as is show everyone those tools and techniques that I learned when I was really really unwell, and that keep me incredibly well today.

"I just think these are just really trying times for everyone. But what I try and do is just be the best person I can be on a daily basis, and have a really strong mental health plan, that is about switching off.

He says the techniques don't necessarily make life sweet and easy, but they do equip people to fight through the inevitable challenges.

"People say to me, 'what is thriving JK? Are you happy every day?'

"I say: 'No, I'm not happy, I had a shitty day yesterday... and that's what I felt like when I woke up'. But I've got the tools and techniques to make me the best I can be that day.

"And for me, that's resilience... and getting through stuff... I'm really at peace with my emotions; it's okay if I'm a bit flat. So, I lean into it rather than push it away and say 'I should be this, I should be that'. I think those things are really important."

He says making space for the things that are important helps create order.

"And then I think making sure you prioritise, so I'm right into my family and love having my family around me, so they are a really big priority. And then for me it's having open and honest relationships with the people I love and care about, no matter how I'm feeling." 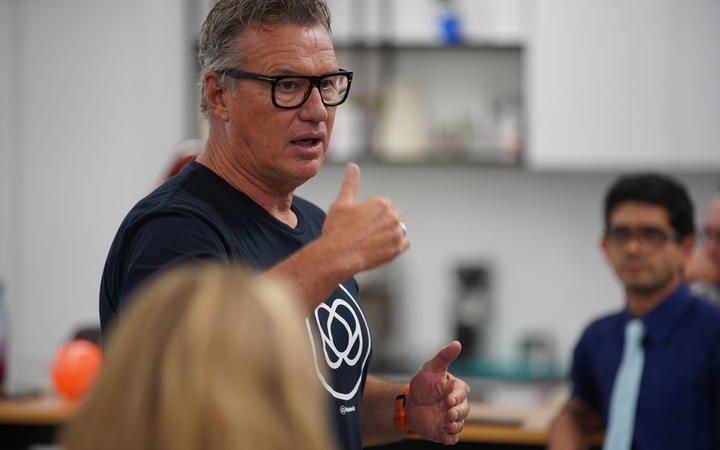 Earlier this year Kirwan made an impassioned plea for the government to open the borders in a controlled way to allow rugby teams into the country to play test matches here. Since then the All Blacks were allowed to host two Bledisloe Cup games - is he happy with those changes?

"What I also wanted was a bit more transparency, and I'm not just talking for rugby, I'm talking for all sports and the arts.

"We've got to learn to start living with this thing, rather than trying to live without it. It's: how do we do it properly, while looking after and protecting everything that we've worked so hard for... which is bugger all Covid cases and a country working together.

"But I think you can start changing things a wee bit. Rugby players should be Covid tested and isolated in their own countries for two weeks before they come. And then they get here they maybe can do isolation but go training together in their own bubble.

"So just a little bit of change to really kickstart the economies of sport, and also gives the public something to look forward to. I think that's important."

With this year's championship hosted in Australia, New Zealand players will be overseas for eight to ten weeks — a much longer stay away that usual, because of Covid travel restrictions. And many will leave young families behind, something the Warriors have reported was difficult. How did Kirwan cope with time spent away from family during his career?

He puts it down to an "absolutely amazing woman, wife and mother; I couldn't have done it without her. We also saw it as my job and that it was important that you do your job.

"So certainly not easy. I mean, I think the longest I'd stay away would be about eight or ten weeks, and it's really tough. It's tough on your family life, you're not there for your kids, and often your wife is like a single parent.

"It's an incredible sacrifice that these guys will have to make, but it's also the job, and a real honour. So there's that whole mix of emotions that go on. But I don't think it'll go ahead. Because six of the Argentineans have Covid now. And the South Africans — Covid is rampant over there, so I think that's too much of a risk."

Time out spent at Waihi Beach, where his bach is, has been an important place for his wider family since his mum was young, and for him embodies a sense of "ūkaipō; which means where you belong, to be part of something or to belong".

"It's been such an important part of my life, growing up surfing, but also when I was unwell mentally it was sort of my go-to."

The early episodes of the show also discuss how fire, sea and nature are forces Kirwan uses to keep his mental health in balance.

"I just sit out there in the water and overlook the beautiful pōhutukawa coming down to the ocean, I just think it's so beautiful. On the drive down there I start really chilling and relaxing... and I sort of wind down getting there.

"If I could sit and look at the ocean all day... but also a fire, when I lived in Italy... we've got three fireplaces, because I couldn't get to the sea.

Working out his own brain, and factors that are good and bad on him has been a powerful tool.

"I think one of the one of the things that I learned coming through my mental health challenges was — I just called it rewiring my brain. But I think the technical term is probably cognitive behavioural therapy.

"Very early on the psychiatrist told me, when you have a bad thought or something that upsets you, to stop it. Actually with the word stop.

"And put an image in. And I would put that image in of pōhutukawa, or a photo of my kids or whatever into my brain, to sort of change that negative thought pattern."

Waihi Beach was a culture shock for Kirwan's Italian wife Fiorella, who initially took some time to warm to it.

"In Italy, you walk off the beach and there's a main street with 400 restaurants on it. I took her to Waihi, and back then there was only the dairy and that closed at 6:30.

"I was raving about Waihi, and she's saying 'what is this place, there's no-one here?' And I'm saying 'exactly, that's what we try and do in New Zealand'. But now she absolutely loves it.

"And now we've got some really good restaurants, and bars and stuff, so there's a bit more of a social life. But the quiet is amazing, you just get a great night's sleep, just because there's no noise."

The pandemic has the family split between Italy and New Zealand, as they juggle different work and family commitments.

"Which is hard, but everyone's suffering in their own way. So just go to, you know, take one bite at a time and get on with it," he says.

Listen to an earlier Sunday Morning interview with John Kirwan, talking about his life and influences here.

Listen to the Jimi Hunt, motivational speaker and the holder of the world record for the world's longest waterslide, talk with Sunday Morning about mental fitness.