It’s twenty years since Bic Runga released her debut album, Drive. To mark the anniversary she’s playing concerts in Christchurch, Auckland and Wellington. And a few of the old songs are making her cringe.

“We’ve been learning the record from start to finish’, she says. “Half the album I’m really proud of, mostly the singles – ‘Drive’, ‘Sway’, ‘Suddenly Strange’. A few are kind of embarrassing. Sometimes I’m laughing out loud. Cry-laughing! But it’s good to face it.” 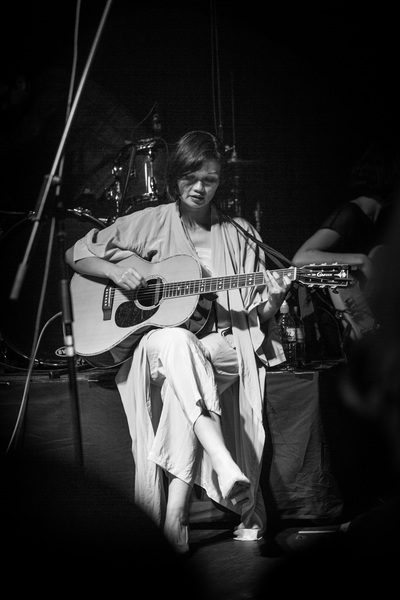 Coming off the back of a string of national hit singles, Drive consolidated Runga’s place as one of this country’s top tier singer-songwriters. Since then she has been named New Zealand’s Female Vocalist of the Year four times, made the youngest member of the New Zealand Music Hall of Fame and been awarded the New Zealand Order of Merit.

“Someone was talking about ‘managing your legacy’ and I thought ‘what?’

“I’ve never thought about managing a legacy, but I guess … when you’ve been around this long, it’s to do with being dignified and making good choices. Because whatever you do next, you could nullify what you’ve done. You have to make good choices.”

Making good choices has been a trademark of her career. When it came to her second album, Beautiful Collision, she almost recorded the whole thing as drum’n’bass, the electronic dance style fashionable at the time. Again, she cringes at the memory.

“Because Drive had already been so successful, you’ve got this problem of making a second album that’s up against it. So that’s why I thought, ‘Do I need to make something that’s very, very current – drum n bass?”

In the end, she did the opposite, setting the album in a gentle ‘60s pop vein that perfectly suited her rich melodies and reflective lyrics.

For her third album, 2005’s Birds, Bic was confronted with a different dilemma. She had just lost her father, Joe, who had been her champion throughout her career. 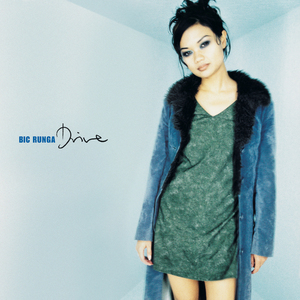 “He was my drive,” she says - no pun intended. “There’s something about having a father in your ear the whole time, like a corner man telling you, you can do it’.

“So I just made the album I could make. Birds didn’t sell as well as the other records but it was probably the most sincere record. You can only do what you can do. But I’m proud of it. But it is a dark album, a death album really.”

Now a mother of three, she continues to write and record, working closely with her partner Kody Neilson (formerly of The Mint Chicks.) The pair collaborated on last year’s Close Your Eyes, an album comprised mainly of covers of personal favourites, some quite obscure.

“We’ve got similar tastes but different aesthetics,” she says of Kody. “He’s an amazing engineer and songwriter.

“The thing about being with someone who’s from a punk band and deeply punk-spirited is it’s quite cool to have someone in my ear the whole time about being uncompromising.

Because twenty years on I should really be resting on my laurels doing easy things but he’s always trying to provoke me to do new things, which is hard because part of me is… tired!” she says, laughing.

With a home studio and her live-in collaborator, making records is in many ways less constrained than in her early days on a major label. “Record making is cheap now. You don’t actually have to have $250,000 to make an album.

“The major label world - it’s tough.  It’s not an art world and I mistook it for that. It’s just a business, and being young and female in it was a bit weird.

“And I don’t fit that mould anyway, even if I wanted to forge a commercial path. But now I’m part of a different group … and the people I’m working with – my promoter is a woman and a mother, and there’s more empathy there, I’m finding.

“What I don’t have anymore is newness, and newness has its own set of problems. But I’ve just got to make good work and that’s the bottom line.”

Tour details for An Evening With Bic Runga: A Celebration Of Drive