Peta Mathias has led a globe-trotting life. She's lived in Canada, London and France, she's been a restaurateur, has written numerous books and had a successful broadcasting career.

Now she splits her time between the South of France and New Zealand and has recently published a memoir Never Put All Your Eggs in one Bastard.

Mathias joined Wallace Chapman to talk about her life - so far, and her loves - so far. And why you should always think twice when buying a villa in the South of France. 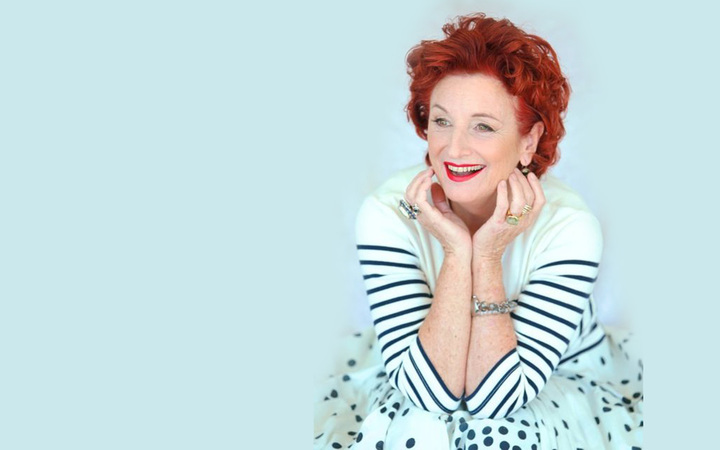 Her peripatetic life suits her, she says.

“I get bored easily so it’s a life that suits me, it wouldn’t suit most people.”

She told Wallace Chapman the food scene in New Zealand was as good as anywhere in the world.

“I’ve been away for six months and I really notice all the new restaurants and how good they are.

“The food is actually really good and the restaurants are very chic and very clever and the service is great.”

Her life could have been quite different, she says.

“I thought I don’t want to be a nurse anymore. I was a nurse and a counsellor and I thought I’m just sick of listening to people’s problems! I just want to make people feel happy in some other way so why don’t I be a cook?”

Four years ago she sold her villa in Grey Lynn, Auckland to buy a run-down property in Uzes.

“My friends and colleagues were absolutely horrified, but I was bored and needed a change because I’ve been making big changes in my life all my life.

“For a person who’s led a normal life what I did would be shocking but wasn’t at all for me I just needed a change, I was bored.”

Mathias knew the “exceptionally beautiful” Uzes well, having visited the historic town every summer for 12 years.

“I thought I’m just changing my life round, I’m going to rent in Auckland and own in Uzes and build a cooking school in my house.

“That’s what I do all summer in Uzes teach cooking classes and drink Pastis!”

It could have all been different if she'd stuck with nursing and married the lawyer she was engaged to, she says.

“You can’t get stuck on one path in any form of life whether it’s professionally, spiritually, whether it’s in your relationships. You almost have to be like an earthquake-proof building in Christchurch. You have to be able to sway or you’ll live an unfulfilled life.”