Awareness grew, promoted by Peace Walks and a petition which was presented to the Council. Conservatives in Golden Bay regarded the whole idea as just another hippie extravagance but the hard-working Peace Group won wide support and eventually the Council voted to make Golden Bay a nuclear free area.

The Peace Group recently mounted a display in the Takaka museum which tells their story. Spectrum's Jack Perkins attended the opening. 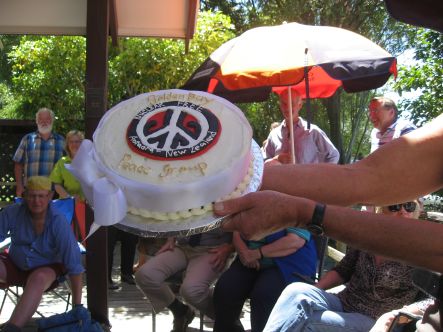