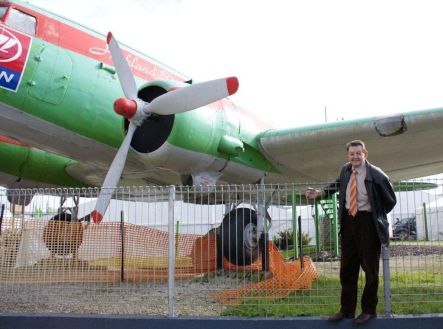 Chairman of the DC3 Trust, John Gallagher, in front of ZK-AZL

The DC3 aeroplane was a leader in air transport in the 1930s and 40's, and it was a work horse during the Second World War. One such was ZK-AZL which went on to have a stellar career in New Zealand after the war and helped revolutionise aerial topdressing.

In 1954, AZL had been bought by Hamilton aviation pioneer Ossie James, who put her into service for the next twenty years as a top dresser. She could dump up to a 100 tons of fertiliser a day.

After retirement in 1974, AZL was put on display at the Agricultural Heritage Museum in Waikato. Two hundred aviation and agricultural enthusiasts gathered there at the end of 2010 to help launch a trust to conserve ZK-AZL. 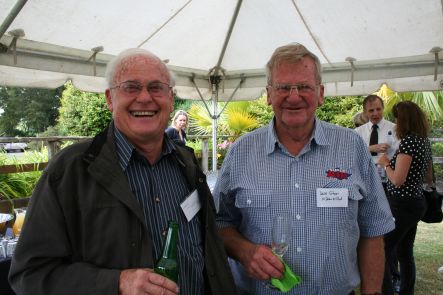