It all Begins with Rhythm 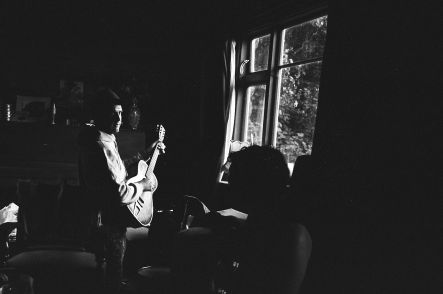 As always it's music which draws the Grenell family back to the farm at Whitecliffs in the Canterbury foothills. From bases in London, Melbourne and Wellington, the family has converged on legendary singer John Hore Grenell's log cabin sitting room, turning it into a studio to record an album featuring folk singer-daughter Amiria.

Established musicians Redford and Oakley join their sister and her 3 year-old daughter Sienna, and look back over years of music-making, mingled with memories of summers spent swimming in rivers and climbing trees.

Every summer the caravans rolled onto the farm, tepees sprouted and huge working bees prepared for the summer highlight - the annual music festival. And when the festivals came to an end, the boys continued organizing large-scale events which drew people from throughout the country as well as international DJs and musicians.

Spectrum joins the family who are finding the farm still works as a venue for making music and also as a place for healing and recuperation.