Nick Cave is at peace with his ghosts, Björk is cut up by The Knife, and New York indie-rockers Vivian Girls are back in business. Kirsten Johnstone and the Song Crush team, this week it's Tony Stamp and BFM's program director Sarah Thomson, present you with new songs to love. 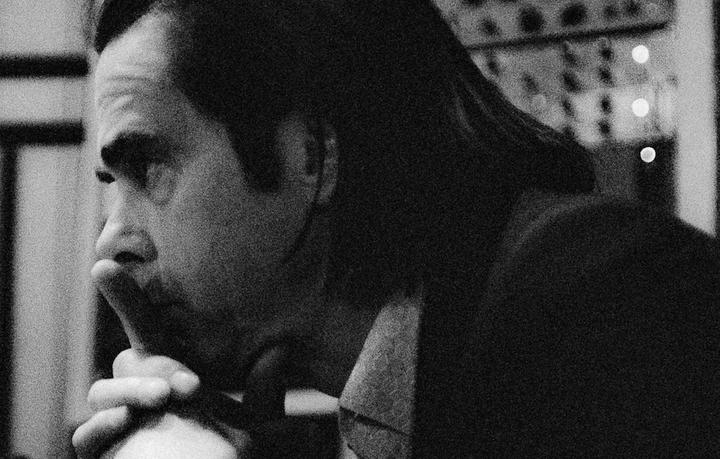 During his Q+A tour last year, Nick Cave said that “the terrible secret of grief is the beauty of it” - and this double album seems like the musical expression of that statement. Grief never sounded so lush or inviting as Nick Cave and The Bad Seed's new double album Ghosteen.

Lyrically it is overt about the death of his son Arthur (who died accidentally in 2015). There are ghosts all through it, as well as lots of bible and fairy tale characters, butterflies and fireflies and children.

Sonically it's an emotional misty eyed wash of synths, strings, piano and ethereal backing vocals. I hear film composers such as Vangelis here, and maybe moments of Sigur Ros too  - and since Nick and his collaborator Warren Ellis have been working in that field of writing for film for a while, that’s no surprise. But it may put off anyone who liked the earlier, angrier, guitar flanked Nick Cave and the Bad Seeds, or The Birthday Party.

When the chorus of this twelve minute song opens out, it is that glorious moment in Cave’s movie where you step in to the cover of the album, all dappled sunlight, airbrushed unicorns, and pink flamingos - it’s the euphoria after the darkness. KJ

American jazz pianist and producer Robert Glasper released his latest mixtape on the same day he began his latest month-long residency at NYC's Blue Note Jazz Club. A furious musical collaborator, Glasper's worked on-stage and off with everyone from Herbie Hancock to Erykah Badu to Kendrick Lamar. Working here with D.C. based, Grammy nominated R&B/Soul singer Muhsinah and international slam poetry champion/spoken word artist Queen Sheba, 'Aah Woah' is a testament to Glasper's way of working - namely, throwing talent together in brief sessions and seeing what bubbles forth. In this case: some low-key power and the best kiss-off lines you're likely to hear this month. ST

The first salvo from her upcoming album Athena sees the artist born Brittney Denise Parks taking a step up with her song writing. She deploys her distinctive violin playing in a swooning chorus that neatly compliments her voice; itself equal parts swagger and sincerity. ST

Tauranga based musician Edward Gains is a DIY, lo--fi artist who’s been putting out music for over 20 years, and kept at it even though I’m fairly sure only a handful of people in NZ would know his name.

This song, about his dog Milkshake is so completely uncomplicated - in subject and form - that it felt like an antidote to the turmoil of life in these wild times. KJ

Vivian Girls - All Your Promises

Brooklyn's Vivian Girls released three albums of layered noise pop in the early 2000s, then called it quits for eight years. Bearing a sizeable quantity of music blogosphere hatred for daring to be three women [gasp] with effects pedals [double gasp] and mixing equal loves for Burt Bacharach and The Wipers [how very dare they], one could argue it was originally pretty intense out there for a Viv'.

Now reunited and in their early thirties, the Vivian Girls' brand new album Memory is brimming with songs that pair principal songwriter Cassie Ramone's original knack for fuzzy lo-fi sugar with a sense of sinister knowledge only gleaned after Lady Life has kicked you in the shins a few times. 'All Your Promises', Memory's longest track while still only four-and-a-half minutes, wears those kicks as power - fueling beautiful layers of melodic noise. ST

The Icelandic icon remixed by equally eccentric Swedish siblings is a pairing that somehow makes perfect sense. The Knife have turned Björk’s delicate original into something closer to a Cuban street procession, with stabs of rave synths thrown in for good measure. Weirdly uplifting vibes all around. TS