The Otuataua Stonefields Historic Reserve, in South Auckland, is home to New Zealand's earliest gardens and is a significant archaeological site.

Around the time of Joan of Arc and Henry V – sometime in the 15th century – new Polynesian arrivals to New Zealand were planting gardens. Lots of gardens. And the remnants of that remarkable early development can still be seen just a few minutes from the hustle and bustle of Auckland airport. 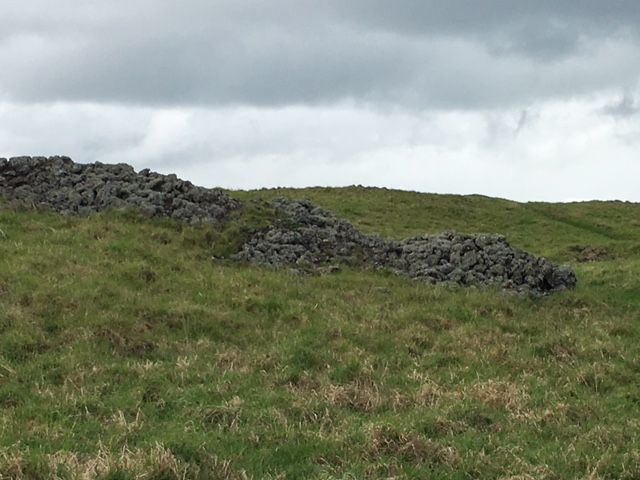 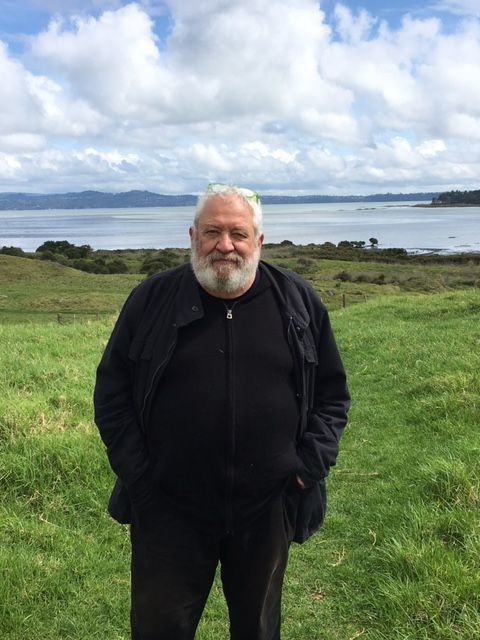 The Otuataua stone fields are something of a hidden gem from New Zealand’s history; “a lost world”, as archaeologist Dave Veart describes it. It’s there, he says, that the first New Zealanders planted Aotearoa’s first gardens, spreading out across thousands of hectares of what is now the city of Auckland. The main crop was kumara.

This piece of publicly owned land is where Auckland began, before Europeans even knew New Zealand existed.

“It’s one of those places where the past and present are very close”.

But that lost world is now in the middle of – or at least next door to – an intense political battle over the city’s need for new housing.

Despite vociferous protest from local Māori and residents of the nearby village of Ihumatao, Fletcher Building has been given approval to build 480 homes on 33 hectares right beside the stone fields. Fletcher says it has built in buffer zones, will protect the lava caves that acted as urupa for those early Maori, and stop development if any significant archaeological finds are made.

New Auckland mayor Phil Goff is opposed to the development, in spite of the city’s acute housing shortage, but said on the campaign trail that a ruling by the Environment Court in Fletcher’s favour means there’s nothing he can do. The protestors, however, have vowed to fight on. 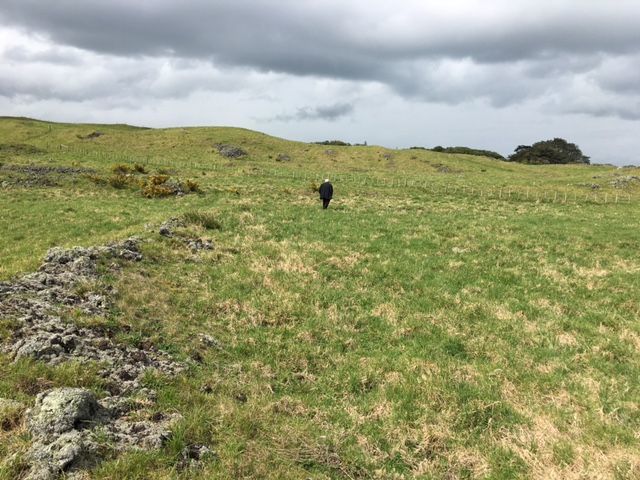 Dave says the development is a mistake because we simply don’t know what we might be losing to those house foundations.

“We’ve just scratched the surface … the land that’s going to be built on is part of the same landscape [as Otuataua]. It’s been used, I suspect, slightly differently, but we don’t really know. No-one’s had a decent look. The second thing is that this is a fragile landscape and I don’t think there have been any plans for adding 1500 neighbours to it.”

Walking the paddocks, thick with kikuyu grass, you can still see stones remaining from the 1400s. There are outlines of what would have once been known as a “Chief’s house” atop one hill. Much of it would have been timber, but the foundation stones remain, looking down on the Manukau Harbour. There are also remnants of storage pits and cooking areas. 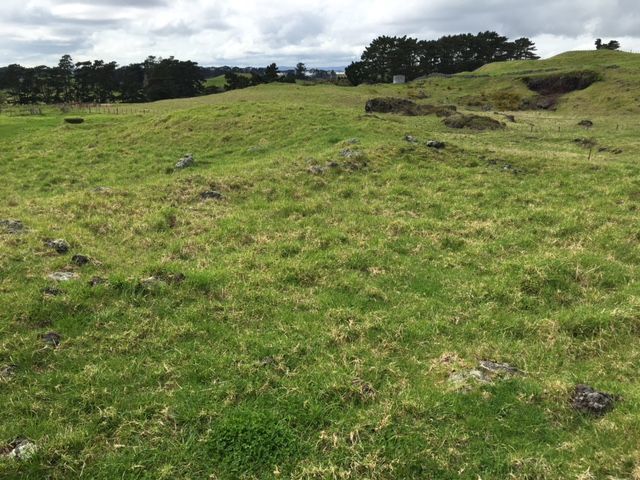 Low stone walls on a prominent high point were probably part of a large Chief's house; upper timber walls would have been anchored in the stones. Photo: RNZ / Tim Watkin

Many of those early residents wouldn’t have lived much past their 30s, Dave says, similar to life expectancy in Europe at the time. But the gardening was sophisticated, with retaining walls built and even a type of ‘nursery’ invented. 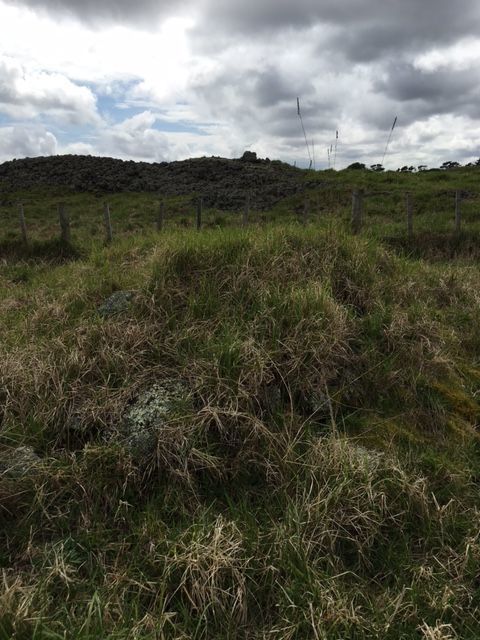 Walking the fields you see some raised mounds, maybe a metre high and packed round with stones. Dave says that soil, ground shell and ash were packed together inside the mounds to make warmer soil where seeds could be germinated and small plants nurtured, before being planted in the surrounding area when spring arrived.

When Europeans arrived they found a “sea of ferns” where Maori had been gardening for centuries. By the 1850s, 5-600 local Māori were feeding the new settlement of Auckland with kumara, potatoes, peaches, quinces and pigs. There was a flour mill and the food trade extended to New South Wales.

But things turned sour with the Waikato Wars, as resident Māori were driven out and the land confiscated. The land was then farmed by settlers, with cows grazing amongst the archaeological sites, until the Manukau City Council bought the site in 1999.

The Otuataua stone gardens are now protected as one of New Zealand’s key birthplaces.

“People in New Zealand often say we’ve got no history,” Dave says. “Well, what we’re looking at is the end point of the exploration of the planet.

“There are all sorts of things we can learn here, because it’s all so relatively recent, [things that are] very difficult to see elsewhere. In older parts of the world there’s even less left and it’s much older and more fragile. Whereas here, we’ve got all sorts of information. We just haven’t started looking for it yet.” 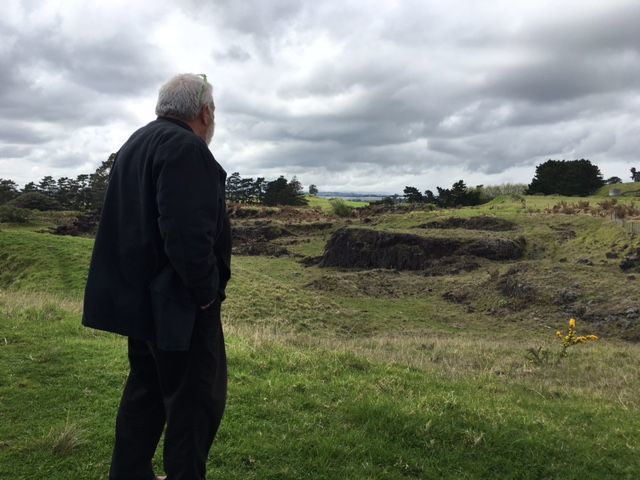 During the early years of European settlement, Maori gardens that are now part of the Otuataua Stonefields Historic Reserve were supplying food to the growing settlement of Auckland as well as to Sydney. Photo: RNZ / Tim Watkin