Hair of the kuri or Maori dog 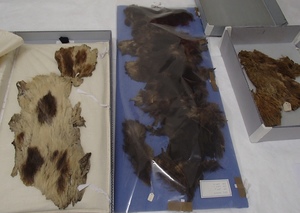 Otago Museum has a small collection of rare kuri, or Maori dog skins, collected from caves or overhangs in Central Otago. While many cloaks made from kuri skins use just white hair, these skins are brown and even spotted. Photo: RNZ / Alison Ballance

“How would an animal that’s so treasured and so loved, how would that disappear?”
Cilla Wehi, ecologist, Landcare Research ponders the extinction of the kuri or Maori dog

Cilla Wehi is an ecologist at Landcare Research, and she is exploring the relationship between Maori and the introduced species that came with them on their waka when they migrated here from the Pacific, about 750 years ago. On board the canoe were kiore, or Pacific rats, and kuri, Maori dogs. She is particularly interested in why the treasured canine companions became extinct in the 19th century, and is hoping that finding out what the kuri were eating over time may shed some light on the mystery.

Migoto Eria is curator Maori at Otago Museum, which has a small collection of kahu kuri, Maori cloaks, made from kuri hair and skin, as well as some well-preserved kuri skins collected in caves and overhang in Central Otago in the 19th century. Migoto says it’s unusual to see intact skins, and more usual to see hair and strips of skin that have been woven into cloaks. The kahu kuri are an important taonga.

“Dogskin cloaks were only worn by chiefs – if you’re wearing a kahu kuri you’re a really important person,” says Migoto. “We have them embedded in traditional chants, where we want the next generation to be adorned in the chiefly dogskin cloaks of their fathers or grandfathers so that they become the leaders of tomorrow.”

“If we find some hairs that have already fallen off cloaks or skins we can sample them,” says Cilla. “We can look at the stable isotopes in the hair and work out whether those dogs were well fed, what they were eating – and that tells us about the life of the dog, and also something about the relationship they had with people at that time.” 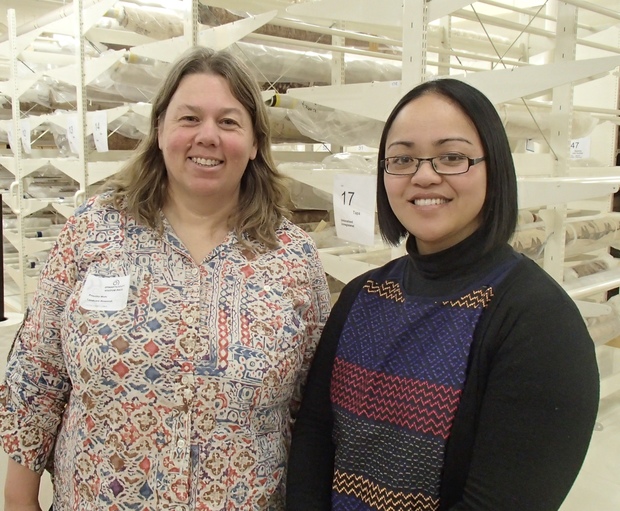 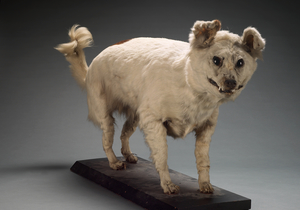 Kuri were short stocky fox-like dogs with little pointed ears, big strong jaws and bushy tails. Cilla explains that kuri had many uses: they were companions, protectors, super-sensors that could be used as hunting companions, and they could also be eaten, either at celebrations or when there was little other food available. She suspects there were a number of reasons kuri became extinct: interbreeding with domestic European dogs was probably a key reason, but she also says it was highly likely that uncontrolled kuri came into conflict with pastoral farmers and were killed. She says it’s important to remember that it was also a period of  social upheaval for Maori, and the traditional relationship between the dogs and people may have also been breaking down.

Cilla is interested in tracing the arc of social and ecological change through time, and she has access to kuri relicts that cover almost 700 years of Maori history.

She has already analysed samples of hair from kuri cloaks held at Te Papa, and says it is giving a much more complex picture than early accounts of kuri by early 19th century explorers such as Colenso would have suggested. He wrote that kuri largely ate fish, but evidence to date is that their diet was much more varied than that.

“There were dogs that were eating at quite different trophic levels. There were some dogs eating much more protein than others, as you might imagine if they were the pets of chiefs, for example.” says Cilla. “Then there were other dogs, that when we compared them to modern dogs that are on vegan or vegetarian diets, they were quite similar - which suggested to us they were eating a lot more vegetables.”

It was also possible to say that some dogs had a much more inland food signature, while others were clearly living closer to the coast. 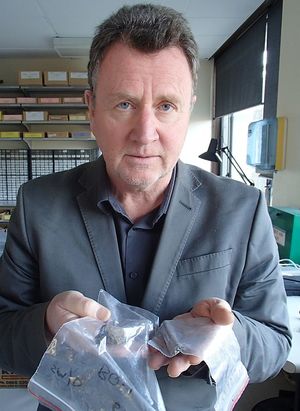 While many of the cloaks date back to the late 18th and early 19th century, and Otago Museum’s dogskins are mid and possibly late 19th century, Cilla has to use bones to go further back in time. She is collaborating with archaeologist Ian Barber, at the University of Otago, about kuri bones collected from three different midden sites. Bones from the Shag River mouth are from the 14th century, and there is evidence that lots of moa and seals were being eaten there. Bones from Purakanui are early 15th century and by then there was very little evidence of moa being eaten.

“It will be interesting to see from the isotope signatures from the dogs whether at Shag River people were feeding plentiful moa to the dogs,” says Ian. “And whether we can contrast that to Purakanui where moa were relatively scarce and therefore we expect dogs were eating other food.”

A third site from the northern South Island was a much more agricultural site, and Cilla and Ian wonder if this will mean there is a stronger vegetable signal in the kuri bones.

Migoto and Cilla are both sad that many of the kuri cloaks held in museums have become ‘orphaned’ from their history, and they hope that the research might also be able to add something to the story of each item, such as where in the country the taonga have come from.

Cilla's research is funded by a Marsden Fast-Start Award.

Recent research published by University of Otago PhD student Karen Greig shows that genetic testing reveals kuri are most closely related to Indonesian dogs, rather than other Polynesian dogs in the Pacific.