Our Changing World for Thursday 14 June 2012

Thousands of tiny baby octopuses that are less than a day old (left) in a tank at the Island Bay Marine Education Centre, and the female who has been guarding the eggs for several months (images: A. Ballance)

The Island Bay Marine Education Centre on Wellington’s South Coast has a thing about octopuses – and when 10,000 baby octopuses hatched at the Centre they were overjoyed. So, too, were the hundreds of people who headed there on one of the regular open days to see the tiny critters.

Having joined the open day throng Alison Ballance headed back to the Centre on a slightly quieter week day to catch educator Julian Hodges between school groups. She was keen to find out what the Centre does, and to see some of the fish and other marine life that make temporary homes in the many tanks so they can be seen by enthusiastic kids and parents.

Luca Quaglia from the Building Research Association of New Zealand (BRANZ) is using a modified shipping container to understand the role of ventilation in the moisture management of roof spaces. The test facility he’s using is currently set up to test a commercial roof space, but in the future it will also be used to test residential roof spaces.

Experimental data from the test facility is needed to understand the level of ventilation and its relationship with moisture management in the roof spaces. The test facility is being moved to the South Island to make use of the cold winter down there.

The research will help develop the next generation of the NZ Building Code through finding answers to key questions: What level of ventilation is required to reduce and remove interstitial moisture? How can we consciously introduce elements in the design of a roof in order to provide the required amount of ventilation? Will these interventions lead to unwanted issues?

To watch a video of Luca Quaglia and the test facility, click here. 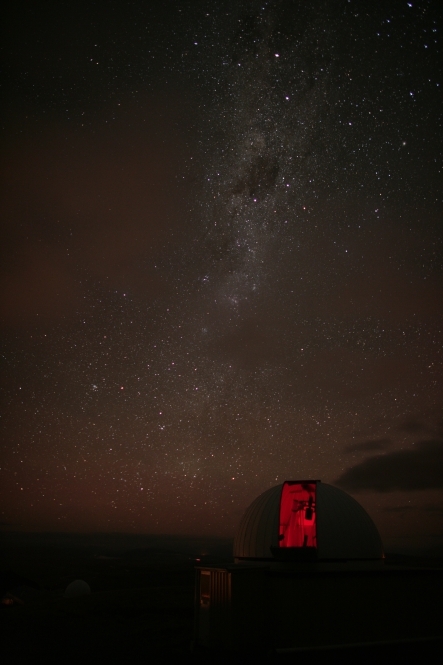 The University of Canterbury’s Mt John Observatory at Lake Tekapo is a centre of astronomical research and training, and now also part of the Aoraki-Mackenzie Dark Sky Reserve. (image: Fraser Gunn)

New Zealand is now home to the world's biggest dark sky reserve. This week, the International Dark-Sky Association executive director Bob Parks announced at the start of the Third International Starlight conference at Lake Tekapo that the Aoraki-Mackenzie Dark Sky Reserve  (pdf) has been officially approved. He described the Mackenzie Basin as "one of the best stargazing sites on Earth".

The The 4300skm reserve includes Canterbury University's Mt John Observatory above Lake Tekapo, Twizel and the Aoraki-Mt Cook village and national park. It is one of only four in the world, two of which are in the Southern Hemisphere. It is also the first gold-rated reserve, meaning the night skies above the Mackenzie country are among the best.

The announcement was made in recognition of the low level of light pollution, which allows people to see the night sky more clearly than elsewhere. It comes after several years of campaigning and in this interview the chair of the working group behind the project, Margaret Austin, and University of Canterbury astronomer John Hearnshaw discuss the significance of the decision for the region and astronomy. 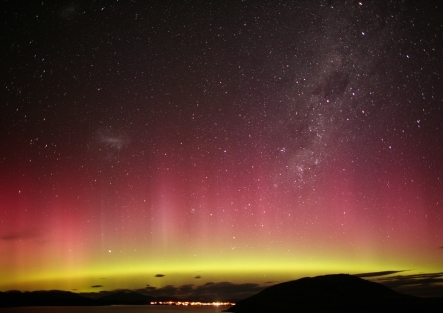 An aurora and a starry night sky, as seen at the Mt John Observatory, at Lake Tekapo. (image: Fraser Gunn) 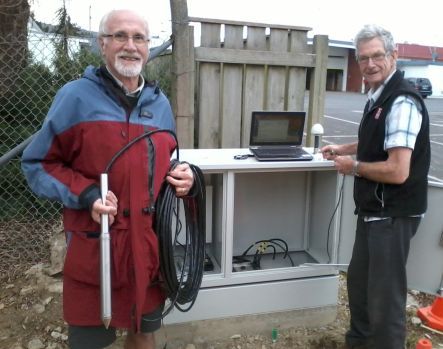 Bill Stephenson (left) holding a Stephenson probe, and GNS technician David Baguley (right) at the control box for an array of soft soil probes in the Wainuiomata basin near Wellington (image: A. Ballance)

Recently retired GNS scientist Bill Stephenson began his career as a physicist, but now if you ask him to describe what he does he thinks that earthquake seismologist is the best fit. Bill is a leading expert on the effects of earthquake shaking on soft soils – soft soils behave very differently to earthquake waves than rock does, and Bill’s career was devoted to  trying to understand those differences. He is the inventor of Stephenson Probe, which is a cone-shaped device containing tiny accelerometers. It can be pushed into the ground and left to transmit data about the vibrations it detects.

Bill takes Alison Ballance out to a study site in Wainuiomata near Wellington, where an array of these probes has been in place for 13 years. This array, and another in nearby Parkway, have shown how surface shaking in soft soils is very violent compared to deeper down, and the arrays have also shown how rock sides channel and amplify shaking along a valley. You can see some movies of ground motion measured during an earthquake at the Parkway array on the GNS website here – complete the search boxes with "Stephenson" and "2007".