Our Changing World for Thursday 21 June 2012 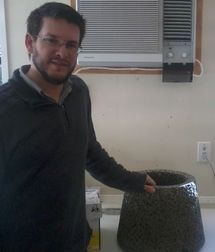 Much of the food we eat every day relies on pollination services provided by honeybees. But honeybees are in a bit of strife these days – in New Zealand, varroa mite is having a huge impact on hive productivity, and the mites have developed resistance to two of the three chemicals used to control them.

Pollination scientists from Plant and Food Research wonder if bumblebees could also be recruited to pollinate flowers in commercial orchards. There are four introduced species of bumblebee in New Zealand, with Bombus terrestris being the most important pollinator. Alison Ballance heads to Ruakura, near Hamilton, to meet David Pattemore, and find out about the project they’re about to start, which will involve radio-tracking wild bumblebee queens in avocado orchards to find out what kinds of nests they prefer, and installing artificial hives (pictured above) that they hope will attract bumblebee colonies and provide a way of allowing growers to monitor bumblebee numbers on their properties. While honeybees will remain the main pollinators, the Plant and Food team hope their research will allow bumblebees to become an important contributor.

After the magnitude 7.1 Darfield earthquake which hit Canterbury in September 2010, GNS scientists deployed up to 180 mini-seismometers in volunteers’ homes in Christchurch. These very small sensors, which fit in the palm of a hand, connect to home computers by a USB. They then send data via the internet in ten-minute intervals to a server for analysis by scientists like GNS Science’s Anna Kaiser.

While data obtained from the mini-seismometers have more background noise when compared with research seismometers (such as those which form part of GeoNet) the sheer number of low-cost mini-seismometers deployed can provide a very useful tool.  Data collected by these sensors is being used to gain insight into ground motion during earthquakes, and in particular how the local geology affects ground motions as the waves come close to the surface. The project forms part of the Quake-Catcher network which was set up by Stanford University and the University of California, Riverside.

Mention bush fires and most of us think of Australia or North America. But each year New Zealand has a surprising number of bush fires and other kinds of vegetation fires.

To understand the local conditions that affect how these fires burn, and to better understand how to control them, Crown Research Institute Scion has a fire research programme. Last week it celebrated twenty years of collecting data from experimental burns and wildfires, and developing tools to help fire managers put them out more effectively.

Alison Ballance talks with senior fire researcher Grant Pearce about the prevalence of vegetation fires in New Zealand, factors that influence the intensity of the fire, and the research programme’s work to develop look-up tables, computer-based tools and even phone apps to assist fire managers making decisions. 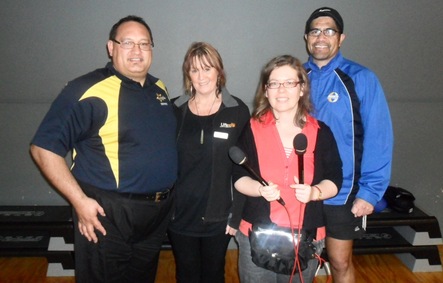 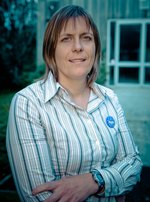 In February last year on Our Changing World, Ruth Beran met Maui Stuart who’d been diagnosed with sleep apnoea, a sleep disorder categorised by pauses in breathing due to a blockage in the upper airway. The two-part story won a New Zealand Radio Award for Best Documentary or Feature Programme. To listen to that previous story click here.

Being diagnosed with sleep apnoea was life-changing for Maui. He started using a CPAP machine and joined Lifestyle Gym Lower Hutt where he’s training for his goal of swimming the Cook Strait. To find out how Maui is doing now, Ruth meets the people who are helping him, Terry Tata from Lifestyle Gym Lower Hutt, Liz Fitzmaurice from Hutt Valley DHB, and Angela Campbell (pictured left) from WellSleep.