Our Changing World for Thursday 22 December 2011

Congratulations to the joint NIWA and University of Otago Centre for Chemical and Physical Oceanography, which last week was awarded the 2011 Prime Minister’s Science Prize. The team won the $500,000 award for their work in understanding how the ocean absorbs carbon dioxide, and for carrying out some of the largest experiments ever undertaken on the planet to better understand the role the ocean plays in influencing climate.

Alison Ballance catches up with three of the team – Philip Boyd, Evelyn Armstrong and Kim Currie – to find out about their research and the value of inter-disciplinary research.

Philip Boyd and Cliff Law have featured on Our Changing World before, talking about geo-engineering and the iron fertilisation experiments they have been involved in. They were also part of the Our Changing World special feature on ocean acidification. 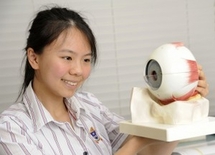 Nuan-Ting, or Nina, Huang, who has just finished her final year at Auckland's Diocesan School for Girls, is the winner of the Prime Minister’s Future Scientist Prize for her exploration of the link between concentration and pupil size. Her research project also won her the Supreme award for the annual Genesis Energy Realise the Dream Awards.

Nina investigated the effects of high-level concentration on pupil size and whether different types of mental tasks could result in the early development of short-sightedness. Her results showed that tasks that required more thinking (cognitive tasks, such as solving maths problems) resulted in a descrease in pupil size, while easier tasks (such as reading a simple sentence) resulted in larger pupil size. The research project led her to meet University of Auckland lecturers and she has been inspired by their passion for research. Nina intends to study bio-medical science next year.

Sabre-toothed tigers and woolly mammoths are long-gone, but it’s still possible to find their ancient frozen remains in places like Siberia. Recent research by an international team that included Kiwi Alan Cooper, now Director of the Australian Centre for Ancient DNA at the University of Adelaide, has managed to take a real-life mammoth blood sample using DNA that was between 25 and 43 thousand years old.

Alison Ballance caught up with Alan at the recent Geosciences Society Conference in Nelson to hear about the ground-breaking work.

What Makes Us Human? 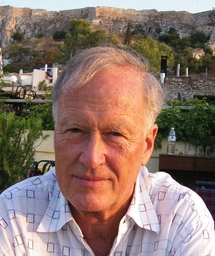 Rene Descartes' famous phrase 'cogito ergo sum' (I think, therefore I am) is arguably the best-known example of recursion, the process of embedding ideas within ideas. Humans are masters of recursion, and this ability may well be one of the dividing lines between us and our primate ancestors.

Michael Corballis argues that recursion is an essential part of being human in his latest book, The Recursive Mind: The Origins of Human Language, Thought and Civilization (Princeton University Press). Corballis is professor emeritus in psychology at the University of Auckland, where his research focuses on cognitive neuroscience and the evolution of language. He is also the author of several other books, among them From Hand to Mouth: The Origins of Language (Princeton University Press, 2002), in which he suggested that spoken language has evolved from gestures. In The Recursive Mind, he takes this argument further to explore the links between language and thought, and theory of mind to ask what makes us human.

In addition, Corballis also published Pieces of Mind (Auckland University Press) this year. This collection of essays explores the intricacies of the human mind, answering questions such as why we remember faces but not names, why some people can't tell between left and right, and whether we really use only 10 percent of our brain. 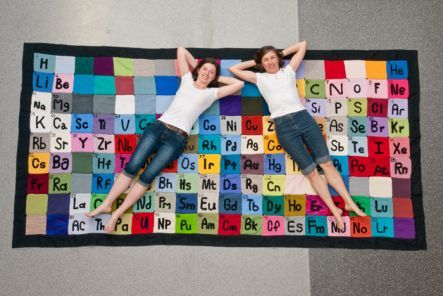 To celebrate the 2011 International Year of Chemistry in a very New Zealand way, knitters throughout the country and some from overseas joined forces and needles to create a fibre version of the periodic table of elements. The project, led by mother and daughter team Sarah and Rachel Wilcox, combined tradition and innovation by incorporating hand-spun wool coloured with gold nanoparticles. One knitter chose to knit carbon because she worked in a radiocarbon dating laboratory in the 1960s. Another chose calcium after being impressed by the many beautiful and amazing forms of the element he found in bird bones while working on his PhD.

Once the squares for each element and blank had been knitted, they had to be stitched together in the right order.

Since this project was completed, the names for two new elements have been proposed. The International Union of Pure and Applied Chemistry, the scientific body that keeps the list of elements, announced earlier this month that flerovium and livermorium will be added to the periodic table – if the names are confirmed after a five-month comment period open to anyone.